is a line from Bandai which is quite foreign to me as this line is meant mainly for Kamen Riders. My first S.I.C is The Dark Knight and the Batpod but I have yet to open that up. 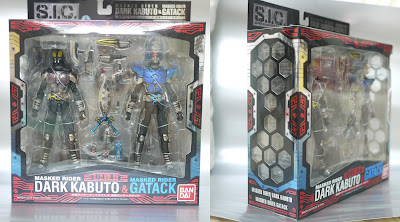 To date, the S.I.C line is at volume 53 with Dark Kabuto and Gatack from the Kamen Rider Kabuto Series. The packaging is very well thought of and I like the details of the compound eyes put in. 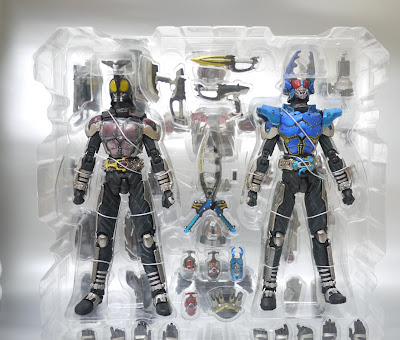 The content is held together by the much dreaded twist ties and sticky tape which can be a let down when opening up. 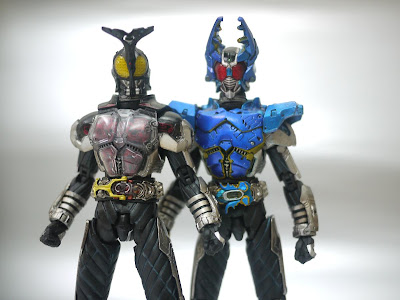 Nevertheless, one has to be patient when it comes to toy collecting. So, here they are free from bondage.

The details of a S.I.C figure is fantastic and there are no screws in sight. Mostly plastic, the chogokin part of the figure is at the armor plates and some other parts here and there. The joints are pretty loose but not an issue as the C.G of the figure is easily located.

First up is Dark Kabuto in the Masked form. A very accurate replication of the character and appreciate the details in its design. 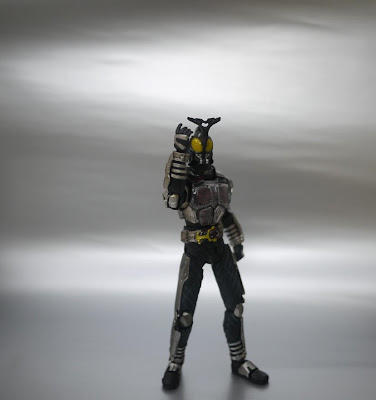 Rider form with the signature pose of "My grandma always says". However, it's Kabuto who says that. Dark Kabuto is a worm replication of Kabuto; more can be googled. 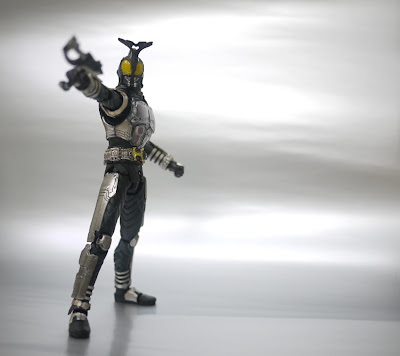 Articulation of the figure is great and many poses can be achieved. 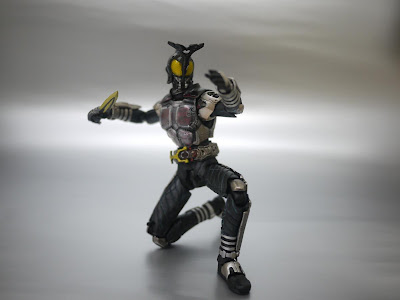 The next figure is Gatack, sort of like a supporting role in Kabuto. 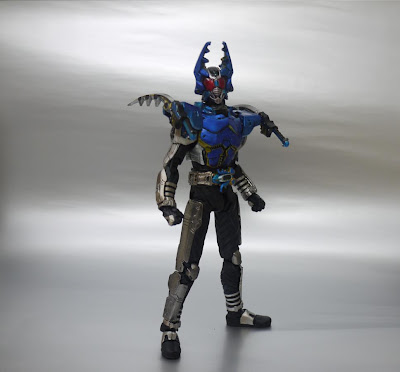 This figure comes only in the rider form and it's my preferred form for both figures anyway. 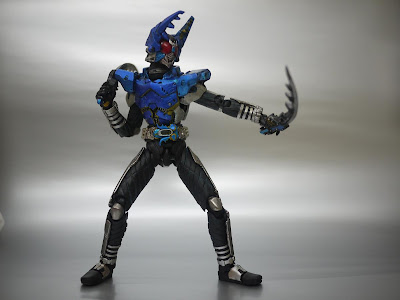 Pose-ability again here is up to one's imagination but the loose joints may make some poses unachievable. 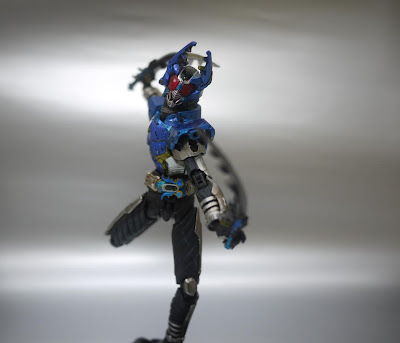 This pose for instance took me quite a while to immortalize as a picture as the ball joint at the foot is fairly loose. 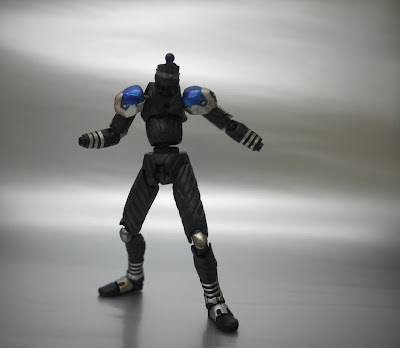 The Gatack figure doubles up as Zectrooper and all parts except the shoulder pads need to be stripped. 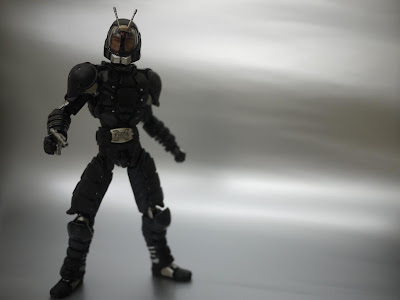 Snap on the Zectrooper parts and you have a very well-designed and made foot soldier of Zect. 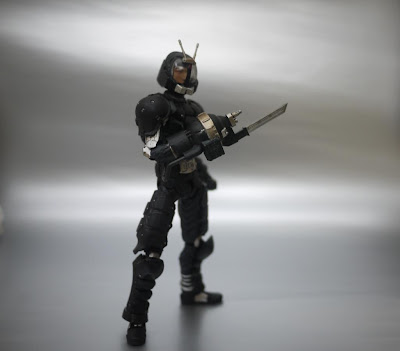 The face of the trooper can be seen through the 'glass' of the helmet and yes, he is Japanese. 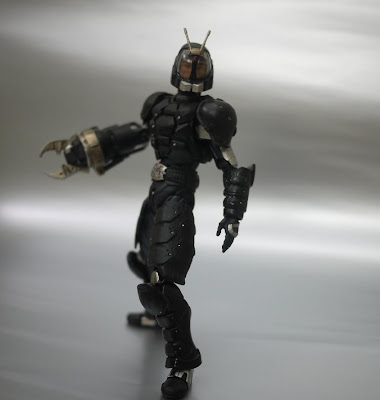 The figure is packed with so many weapons, I wonder if he is the main attraction here. 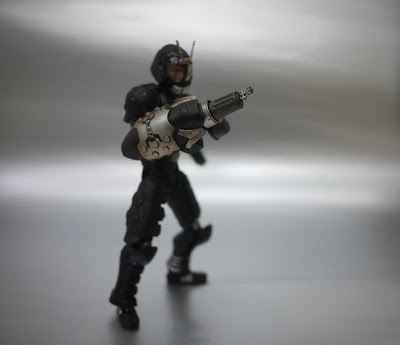 Really had fun snapping and stripping parts on and off this set. A great buy indeed and I think I'm looking forward to the next S.I.C figure. 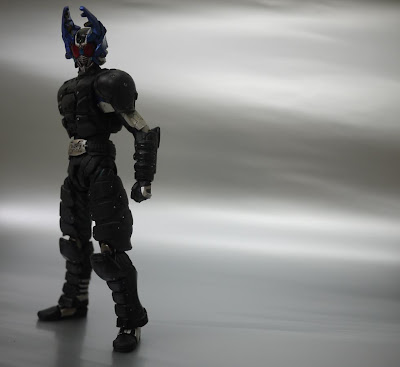 Swat Gatack
Posted by Jonloh at 1:37 AM