the moment I read about the 6" War Machine (WM) figure releasing in Singapore. It was sighted first on the Internet as a Wal Mart exclusive and that usually mean it will surface in Singapore as well; but the crucial question is "When and Where?" To cut the long story short, I managed to get one!!

Packaging is the usual and this time Hasbro is indeed doing something unexpected for toys meant for little kids. They packed it 6 potential choking items!! 2 open hands, 2 semi-open hands, shoulder missiles pod and the cover. Disclaimer states "Warning: Choking Hazard-small parts. Not for children under 3 years" 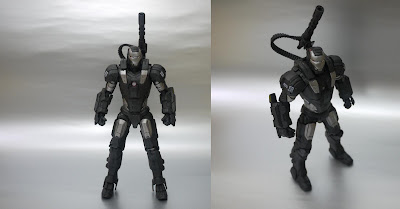 The figure in general has a great tactile feel to it. It gives the illusion that it's metallic and the gun metal paint job has a part to play to that. My figure came with the right eye unpainted (previous pix of WM in tray). Well, that is easily solved with some white paint and a very steady hand (above WM). 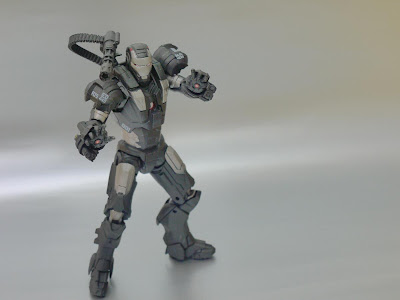 The initial feeling of elation and excitement soon faded away when the articulation of the figure starts to disappoint. The 3.75" figure in fact was produced better in terms of articulation. The feet of the 6" here have only single swivel movement thus, making some poses seem unnatural. 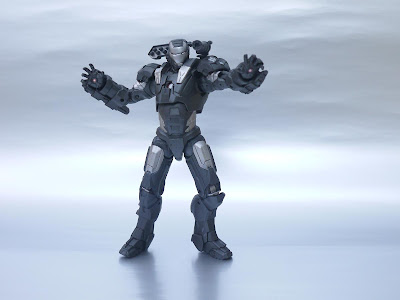 The plus points of this figure are the accuracy in terms of the sliding movement of the gatling gun that allows it to be aimed from both shoulders and the additional missile pods. 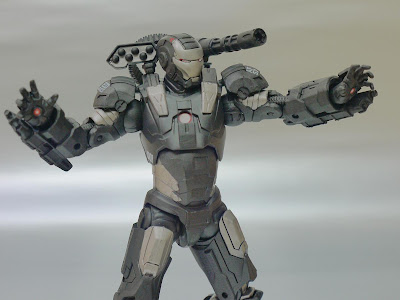 The extra hands provided sure made this toy not a toy but more of a collectible item for display. This explains why grown up men like myself so desperately "hunts" for it. 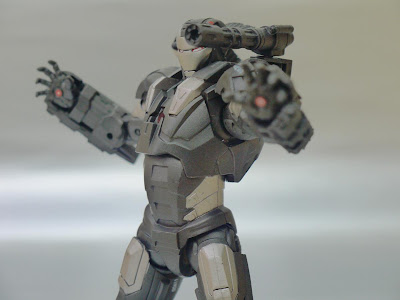 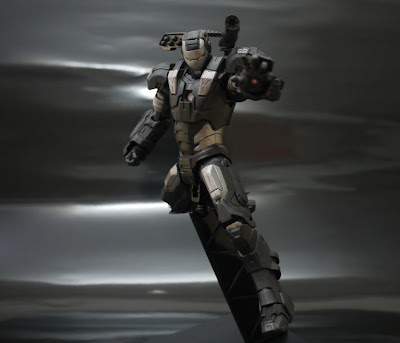 The need for a suitable display stand is important for figures like this and I should really invest in one of those waist or thigh clipper types. 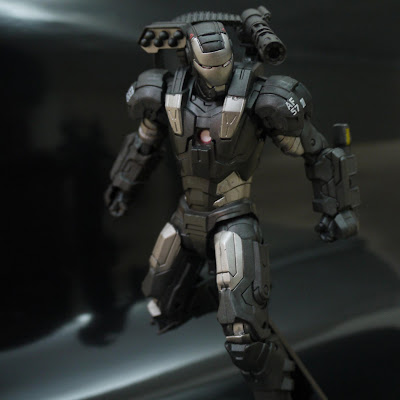 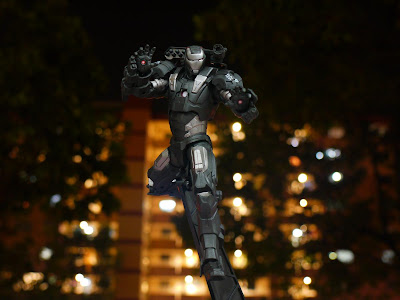 Some outdoor shots from the indoor studio. 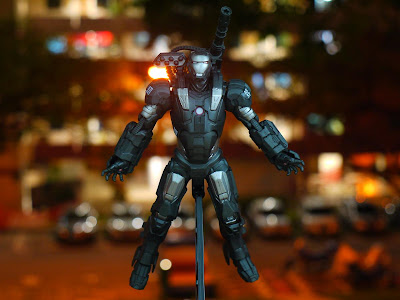 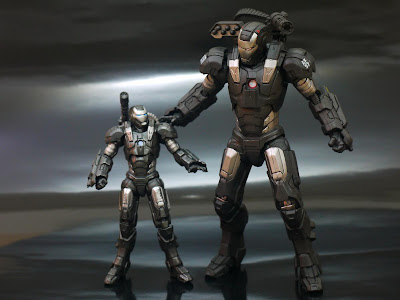 Size comparison between the 2 WM produced under Hasbro for the Iron Man 2 Movie.
Both are great toys to have and yes, there will most probably be more stocks coming in and yes, the GSS is upon us. But hey, "I've got it first!"
Posted by Jonloh at 7:56 AM