Finally managed to catch Iron Man 2 over the weekend. Walked into Toy'R'Us before show-time and decided to buy my son a 6" Iron Man Mark VI to complement his War Machine. 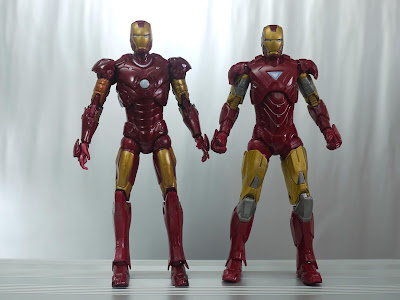 The figure is well, not as well painted as War Machine but the feel is relatively similar; sturdy. Took his 6" Mark III from Iron Man to serve as a point of comparison. 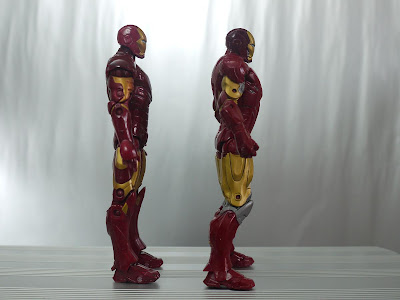 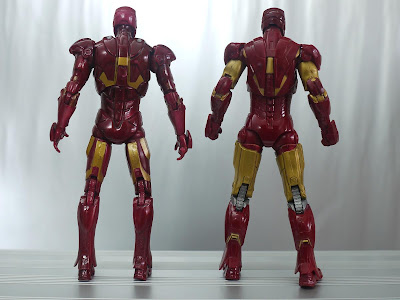 Mark VI obviously looks as if it's on steroid compared to Mark III. Like War Machine, Mark VI packs in 3 pairs of interchangeable hands. 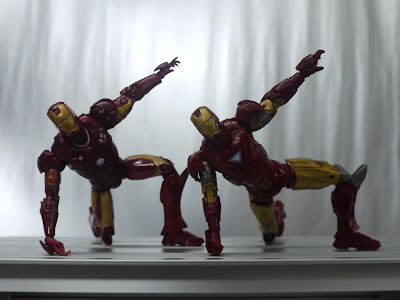 Posed both the figure with the signature "punched the ground" pose and Mark III looked better than Mark VI. 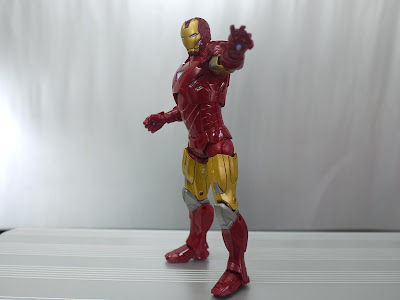 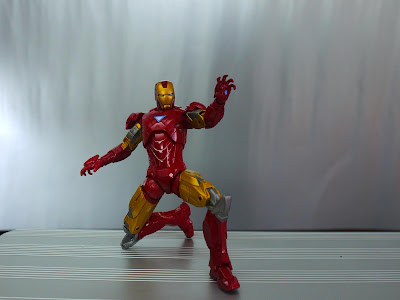 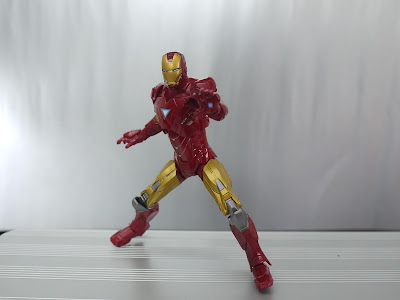 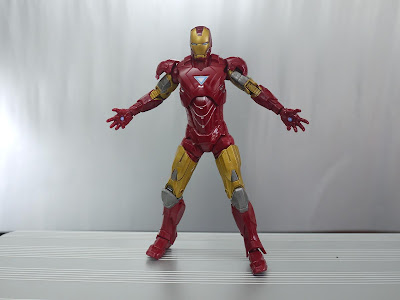 Articulation for this figure seems worse off compared to War Machine but again, this is meant to be a toy and not exactly collectible. 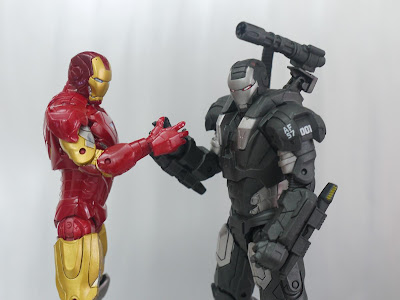 Verdict on the figure: I will wait patiently for the 12" version from Hot Toys. Well, what do you expect from a $29.90 price tag? Anyway, I have a feeling this piece will be sold at half price in times to come.
Posted by Jonloh at 8:02 PM