who? Saw the pre-order for this item on Falcon's email but hesitated on the purchase as this is totally out of my line of collection.
Another first purchase from ZC World and the packaging is really erm.... minimal effort. 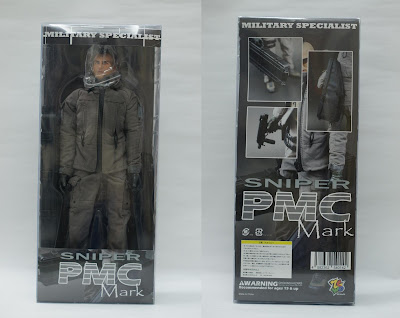 Open up the flap and drag out the figure and all the other stuff falls out as well. A little disappointed after being pampered by all the neat and tidy packagings of other brands. 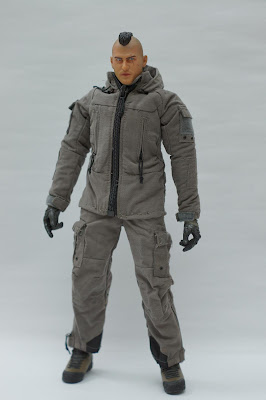 WOW!! was what I said to myself when I first held it. Apart from details, the figure just stood on its own like it has a built-in gyroscope to maintain its own CG! The details on the clothes, pockets, zippers, shoes, velcro.... even a wool fleece! I'm really amazed by what I'm holding and I somehow felt like I was playing with 'Ken'. The only thing I don't like; the Mohawk hairdo. I wanted to snap Rex head on but it's a different connector and this is the only guy that ZC World has. I could try Tony Stark!! 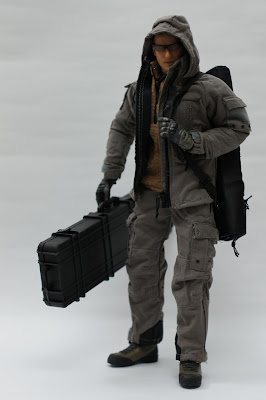 Did a bit of googling and found out that this is the head sculpt of John 'Soap' from the game 'Call of Duty 4'. Anyway, that's irrelevant. Back to the figure; the best part about this will be the arsenal that this guy packed with him. He is a PMC, private military contractor, aka mercenary and in this release; a sniper. 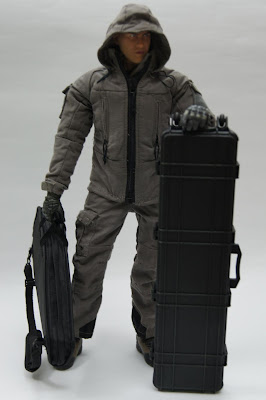 He lugs with him 2 military accurate carrying cases. One is the hard-case with rollers and and the other a  soft-case that slings across his shoulder. In both cases (no pun intended), an EDM 408 XM sniper rifle can be fitted in. 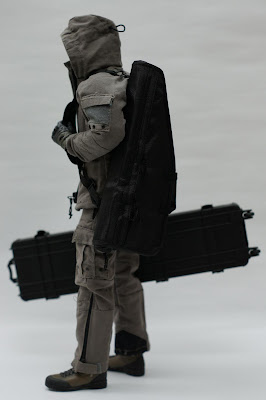 This guy is standing on his own no matter what you put on him. I'm still lost for words as I compare him with Rex which I had a hard time getting to just stand properly. 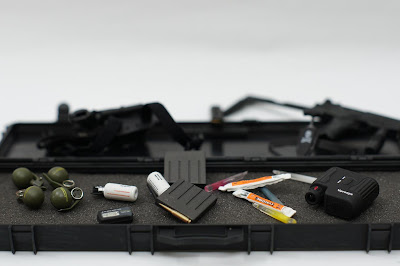 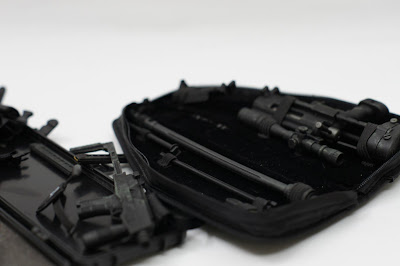 In the soft-case is the disassembled EDM 408 XM sniper rifle. Neatly packed with elastic bands holding every piece. 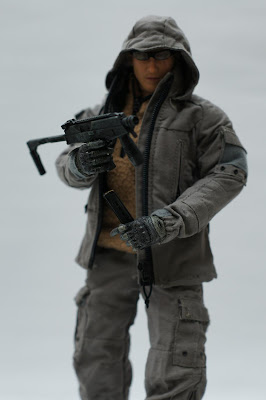 Articulation for this figure is FANTASTIC!! I'm really missing out all this while with Hot Toys and worse; Sideshows!! However, this guy is most probably my final piece as this is seriously way out of my usual collection. 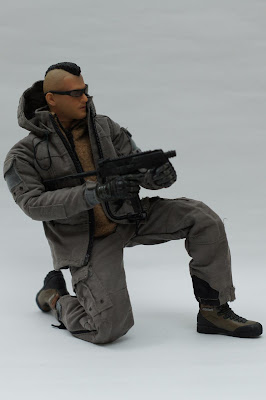 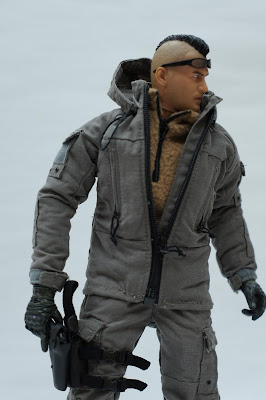 Just realized the sidearm came without any magazine? Anyone has the same issue or am I the only one with this unfortunate isolated case? 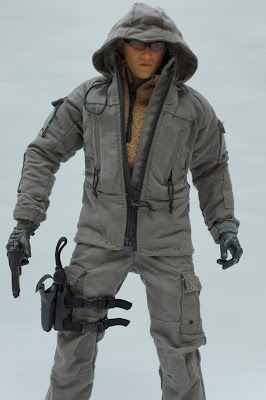 The highlight and the promo picture that had me sold on this is the sniper scene which is so realistic. 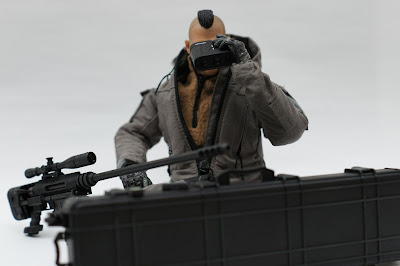 Best part with this is it's effortless to get the poses right. Everything just move along and gets into the right position for the perfect shot. 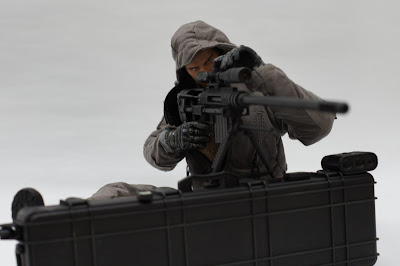 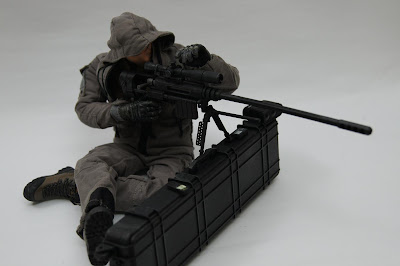 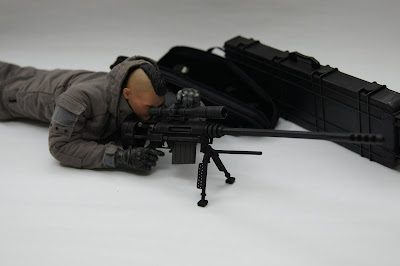 This is the kind of toys that makes one really happy to be collecting and taking pictures. The quality is fantastic and I seriously did not regret getting it and luckily for me; this is the last piece. Can they have a better looking head sculpt and I may just reconsider to have another piece.
Posted by Jonloh at 3:22 AM