The 1:6 scale collection craze has evolved to the stage of customization and the followings are what I've recently obtained.
First up is the Barrett Sniper Rifle M82A1M from ZY Toys. 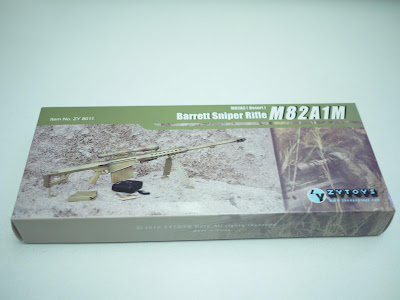 The rifle comes in a nicely packaged box and some of the rifle parts are housed within a tray. 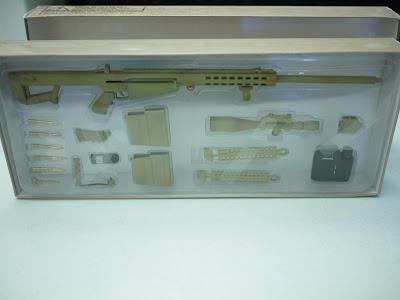 Additional items included a binoculars and anemometer which looks identical to the ones from ZO World's Sniper PMC Mark. 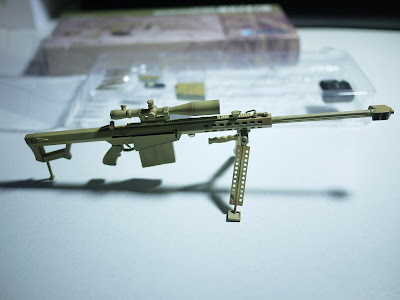 The rifle looks great with everything on and this should go well with Scott. 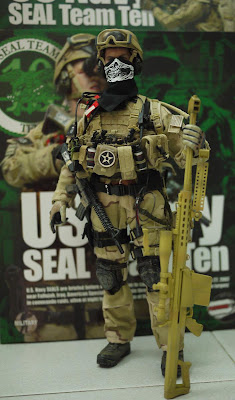 Here's the rifle with the Navy Seal outfit follow by a couple of sniping shots. 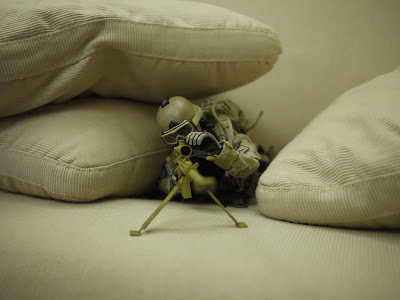 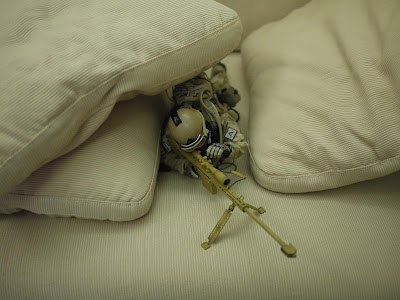 Bought the same rifle for my son's Soldier Story Navy Seal Team 1 and he too posed it with the sniping pose. 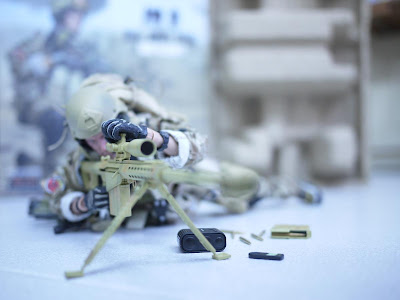 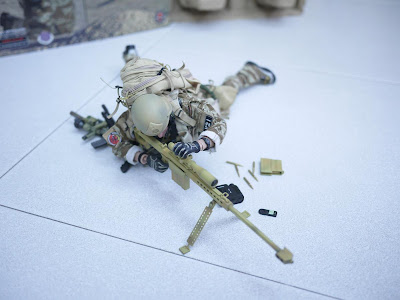 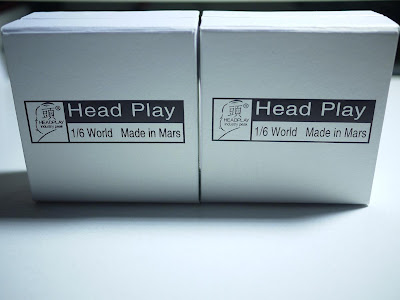 Speaking of Scott, I've been very disturbed by his facial expression and even with the googles and bandana on, he looks 'blur'. 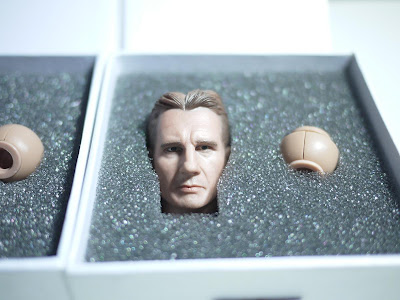 So, I decided to purchase a couple of Heads by Head Play to replace Scott. Interestingly these are 'made in Mars' as it claims (however, we do know they are all China made) 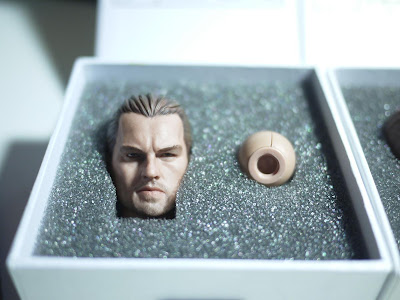 Leonardo Dicaprio here is meant to replace Scott (come to that later) while Liam Neeson above is to serve another purpose. Another figure that I had purchased earlier posed a bit of a skin color problem as you can see from the photo below. 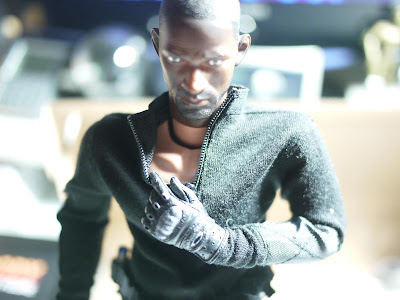 To solve it is Toy City's T1.0c figure meant for modern military figure like Will above. 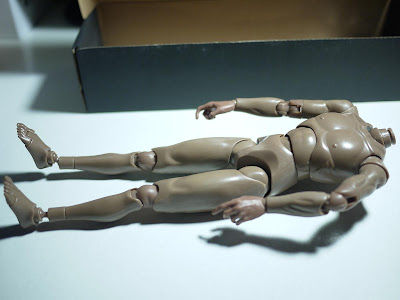 The body is highly articulate but it comes with 2 left feet!! No problem when the shoes are put on. However, I will get it change with the toy shop which I picked this up. 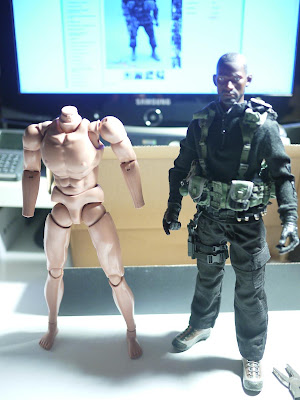 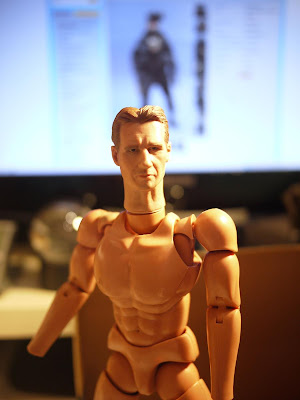 So, what do I intend to do with Will's old body? Above is the body with Liam's head plugged on. He is getting ready for Loading Toys 22nd SAS Regiment kit which lacks body and head. 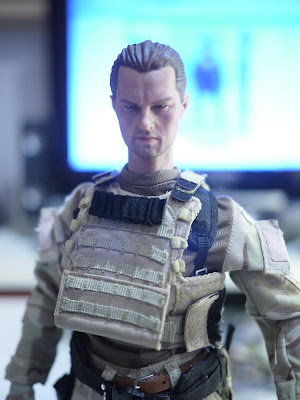 Finally, back to Scott and he is obviously history with Leonardo's head on. Much better now. 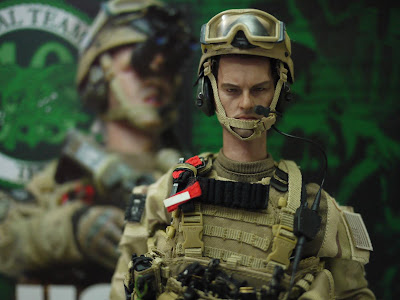 Was kind of worried that the new head may pose some problem to the headset and helmet but everything looks in place with the pictures above and below. 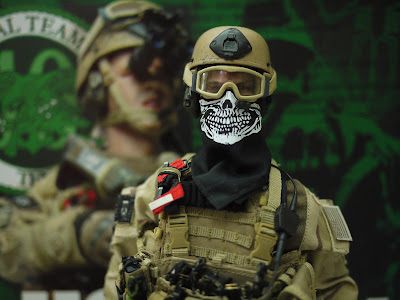 the neck's kinda long for a hot toy body..