came as quite a surprise. Did not expect Kaiyodo to land themselves the rights to release Marvel Comics characters. 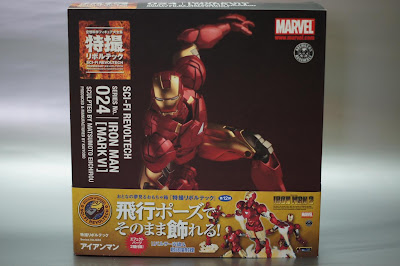 The packaging is as per all Revoltech Yamaguchi's releases; flip flap with figure in window type molded tray. 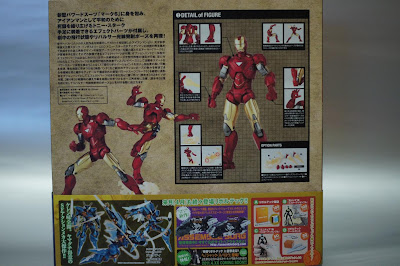 Rear of the packaging 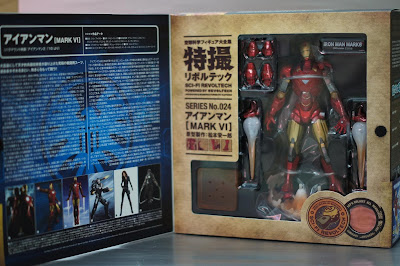 Flipped the flap open and there's a synopsis of Iron Man 2010 version and with the set of pictures of other characters hinted that Mark VI may not be the only release under this license franchise. 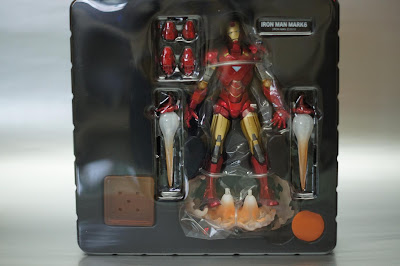 Accessories for this release is rather minimum. It comes with the figure, 2 closed fists, 2 fully opened palms, 2 repulsor shooting palms, 2 open hands, blast off flames and smoke and a Iron Man Mark VI display plate. 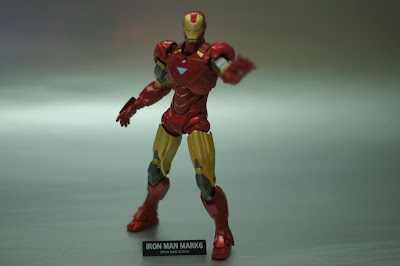 Articulation of course is fantastic on this with the proprietary Revoltech joints which gives this figure a lot of possible poses. 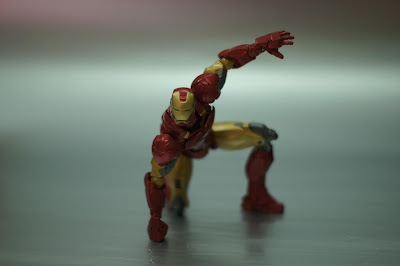 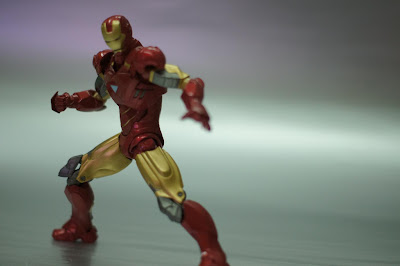 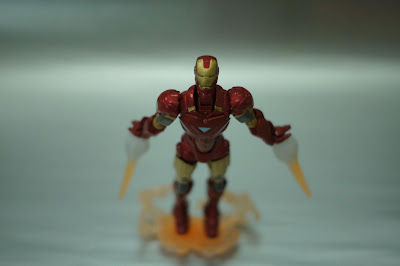 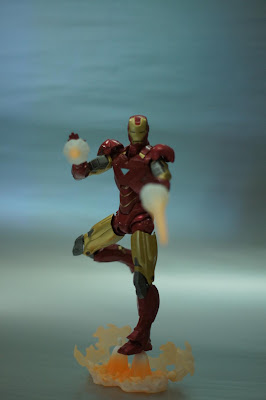 Added some pictures with addition of a simple diorama feel. 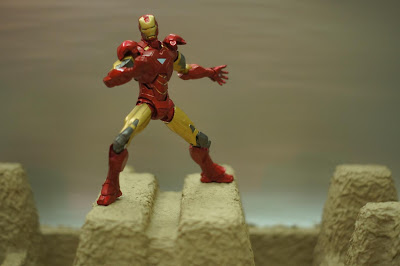 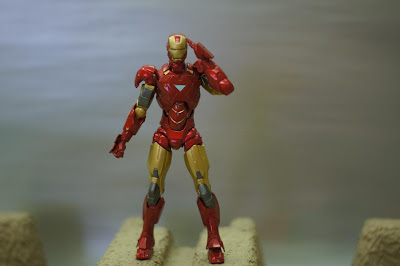 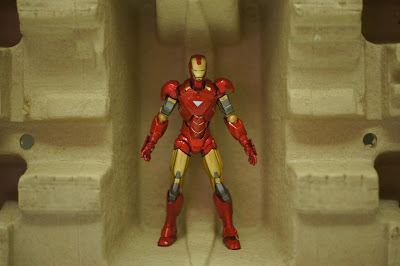 Verdict
This figure is a must have for all Iron Man fans who wants to have a fully articulated Iron Man. Playability value is very high for this figure with the Revoltech joints. Will anticipate the release of War Machine to pair them up.
Posted by Jonloh at 10:43 PM