and yes, I bought this the same day as Soldier Story's Team 1! Somebody stop me!!
The story is I asked my son to choose between the two and he wanted Soldier Story for its weapons (MK18 and M870 shotgun) while this comes only with MK18 rifle and MK24 pistol. Well, the daddy picked up this just for fun and didn't realised this was a 6 hours long tiring 'fun'. 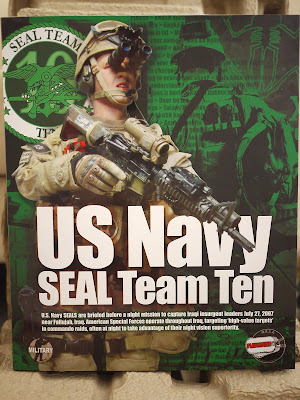 Packaging here is somewhat similar to Soldier Story with flip cover. Size wise, this packaging is smaller and being smaller, I thought I have will have an easier time kitting him up. 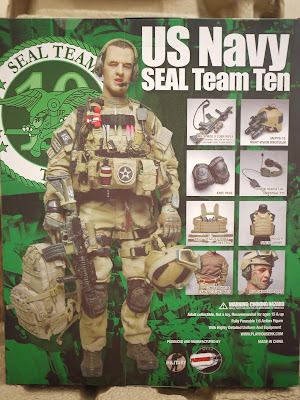 There are less reference pictures and this posed the first problem with looking for kitting instructions. 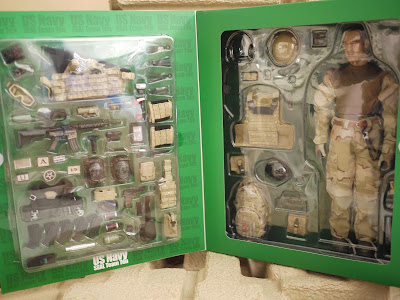 Flipped it open and there are 2 trays that hold everything and although there are only 2 trays, there are many accessories. 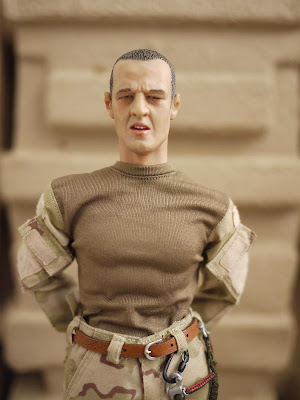 Erm... the head sculpt "Scott" is based on an actual SEAL team member from a TV documentary and his facial expression was immortalised for this figure. A face of agony and pain, perhaps from the Sun, the fatigue and the thick gear that wraps round layer after layer. 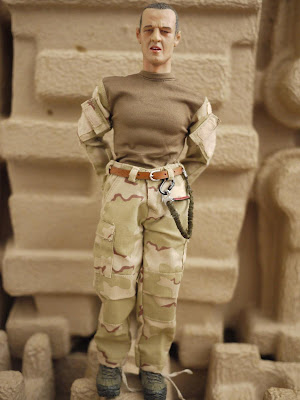 Comparing between Soldier Story and this, Playhouse does a better job in terms of details for the gears and accessories. So detail that it was really a pain to put them together. 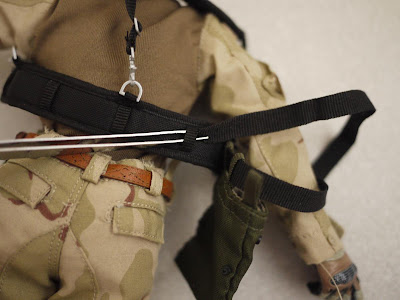 After some time, I figured out that I have no choice but to remove the clips from the belt to slot in the pouch which Playhouse has made the job more difficult with intricate looping systems. 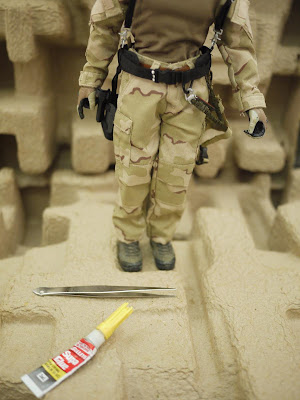 Super glue, tweezers (more than one type is needed) and a keen eye is needed to get the job done. 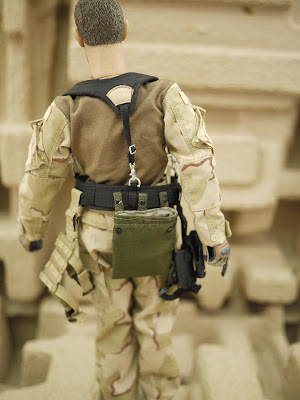 All right, everything for the Mcguire suspender/padded belt with Molle leg panel and side arm holster looped in. 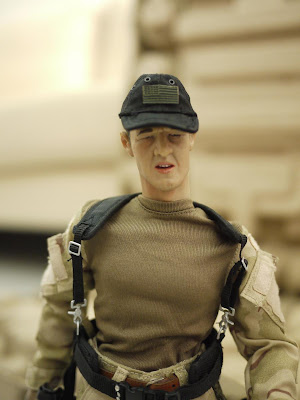 A black cap with a black America flag was provided and there's no other use for it unless for this fun shot. 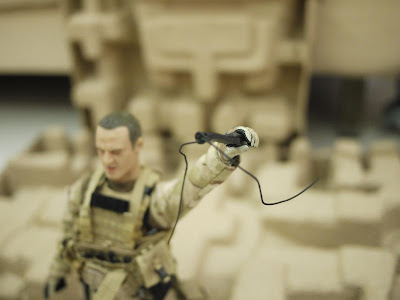 Trouble struck when I saw the Recon Tanto Knife sheath. Reluctantly, I removed the belt clips yet another time and go through the same complicated loop. 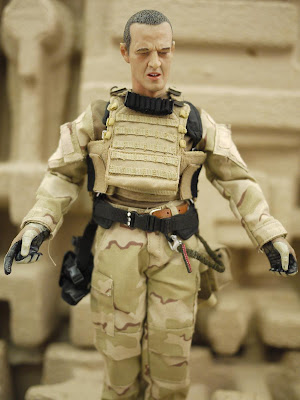 Finally, with the armor vest put on and the assault vest strapped on, things are looking less complicated and the rest of the accessories just get slotted into the pouches one by one. 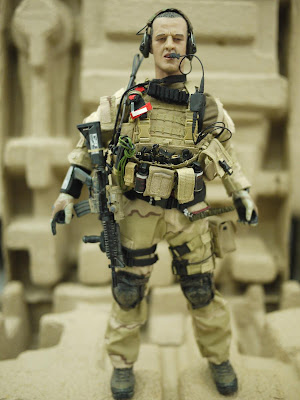 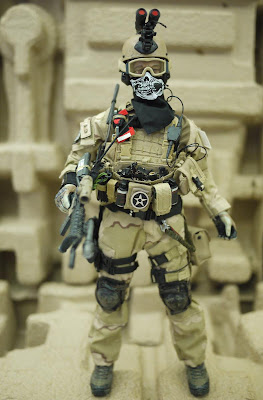 Scott here comes with a night vision binoculars and skull bandanna which he really needs to cover up his 'blur' look. 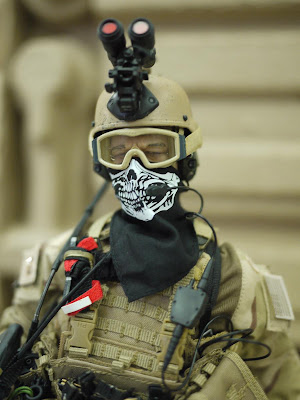 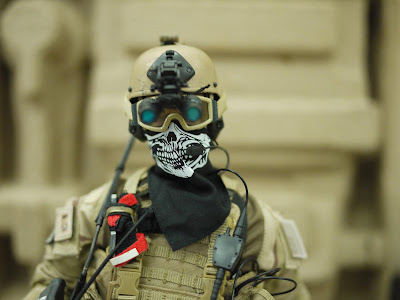 Now, that is a redefinition of Ghost Recon! Nice gears and accessories made this a much better figure than Soldier Story. 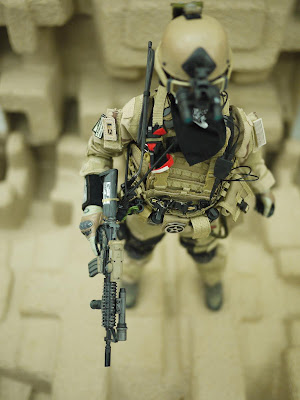 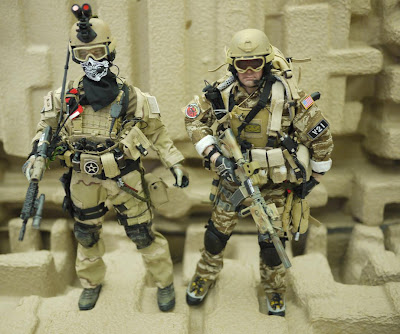 Band of Brothers; comparing the 2 between the 2 manufacturers. Both have their own distinction and plus points. 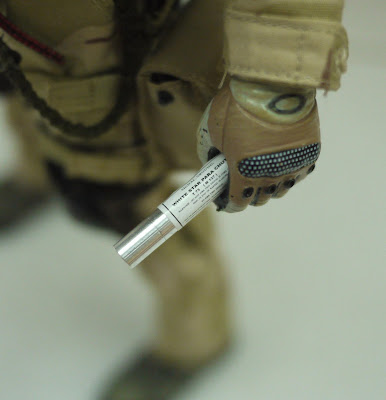 The picture above is the flare and the following is one with the rear view and the haversack provided. 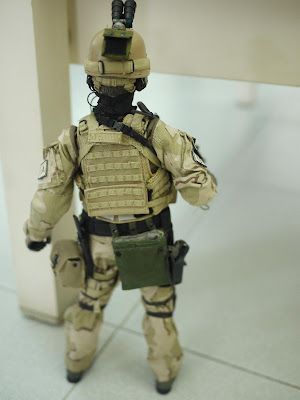 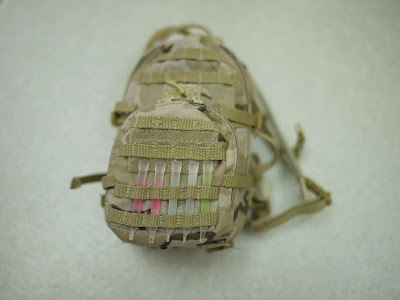 Opened up the H.A.W.G hydration backpack. and found an armor plate inside. This is what I call "Precautionary Measures" 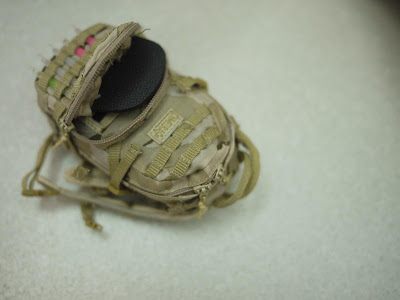 The 'Never Forget' patch below from wiki (not wikilead) is to remember those who died from Team 1. 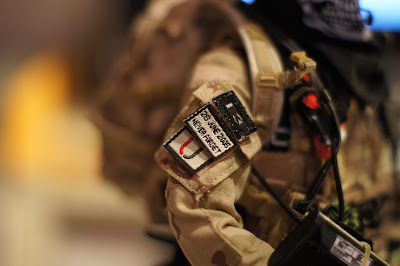 Verdict:
I'm impressed by the details of this figure not so with the head sculpt. Looks like I have just experienced another good 1:6 scale manufacturer.
Dekit
Time has come to put Scott back in the packaging and the packaging has a lot of space for minimal kit removal. The things removed were the essentials like helmet, headset and the assault vest. It really has been a very pleasant experience. 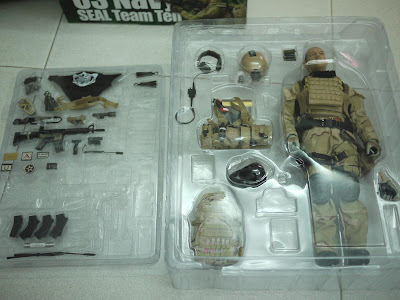 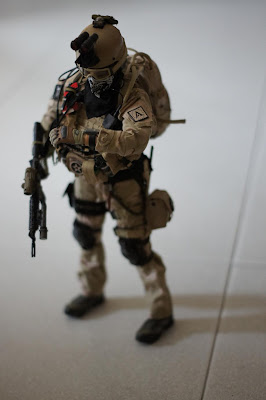 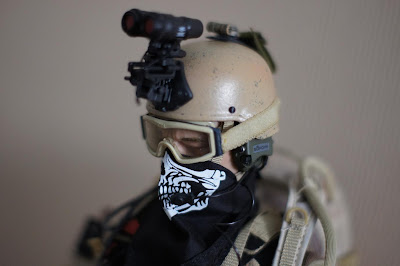 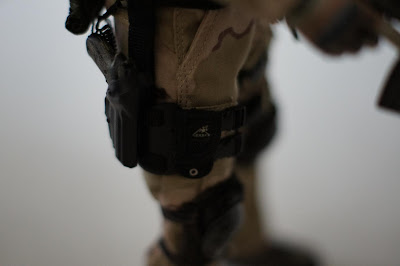 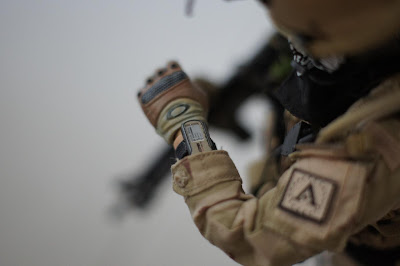 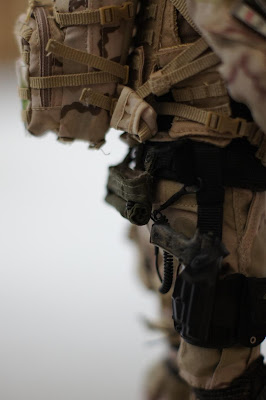