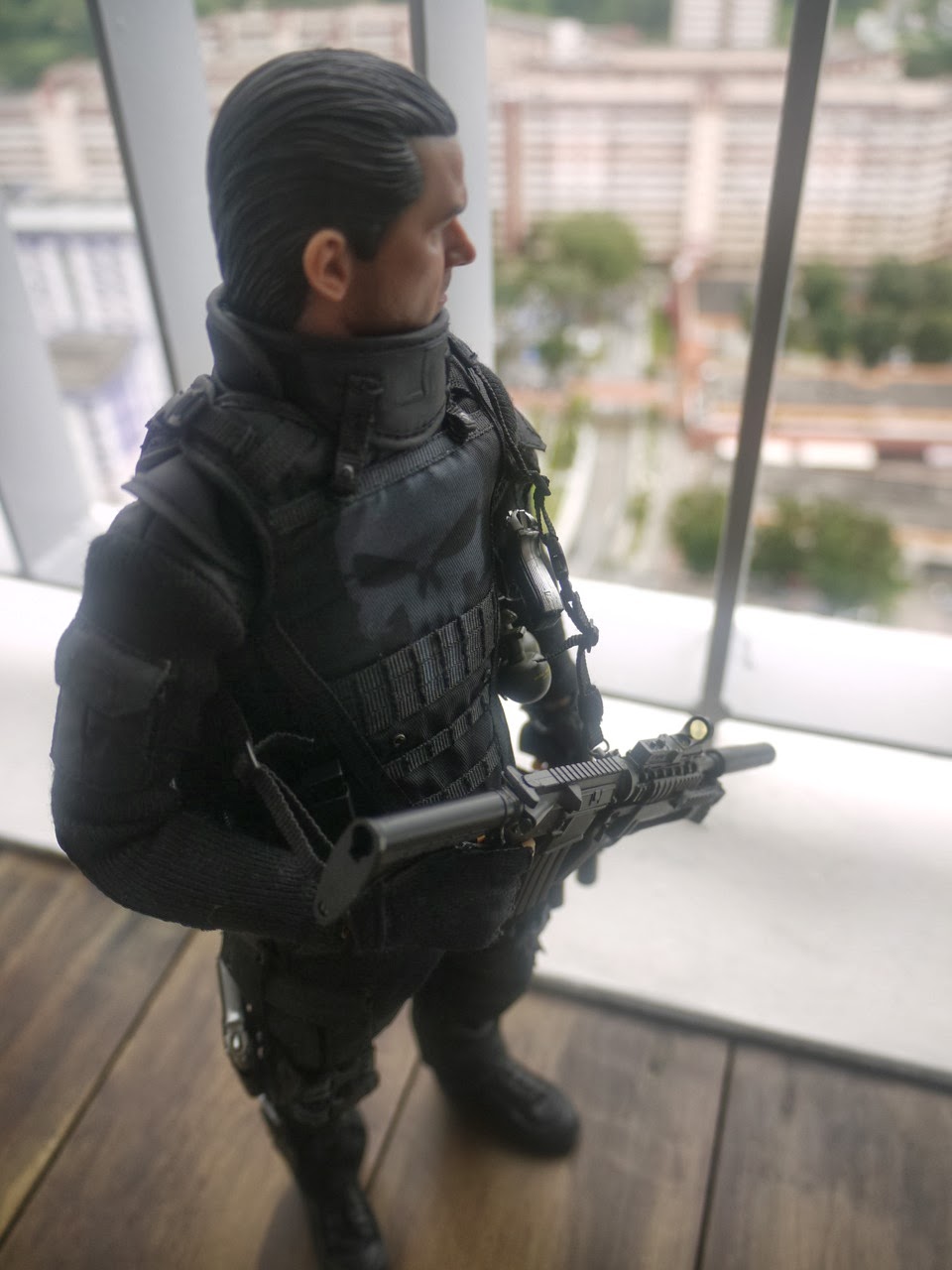 Punisher isn't my favorite and it's not even in my list of "Action Heroes I collect" So, why did I buy this? Well, simple; it's a great posing piece! 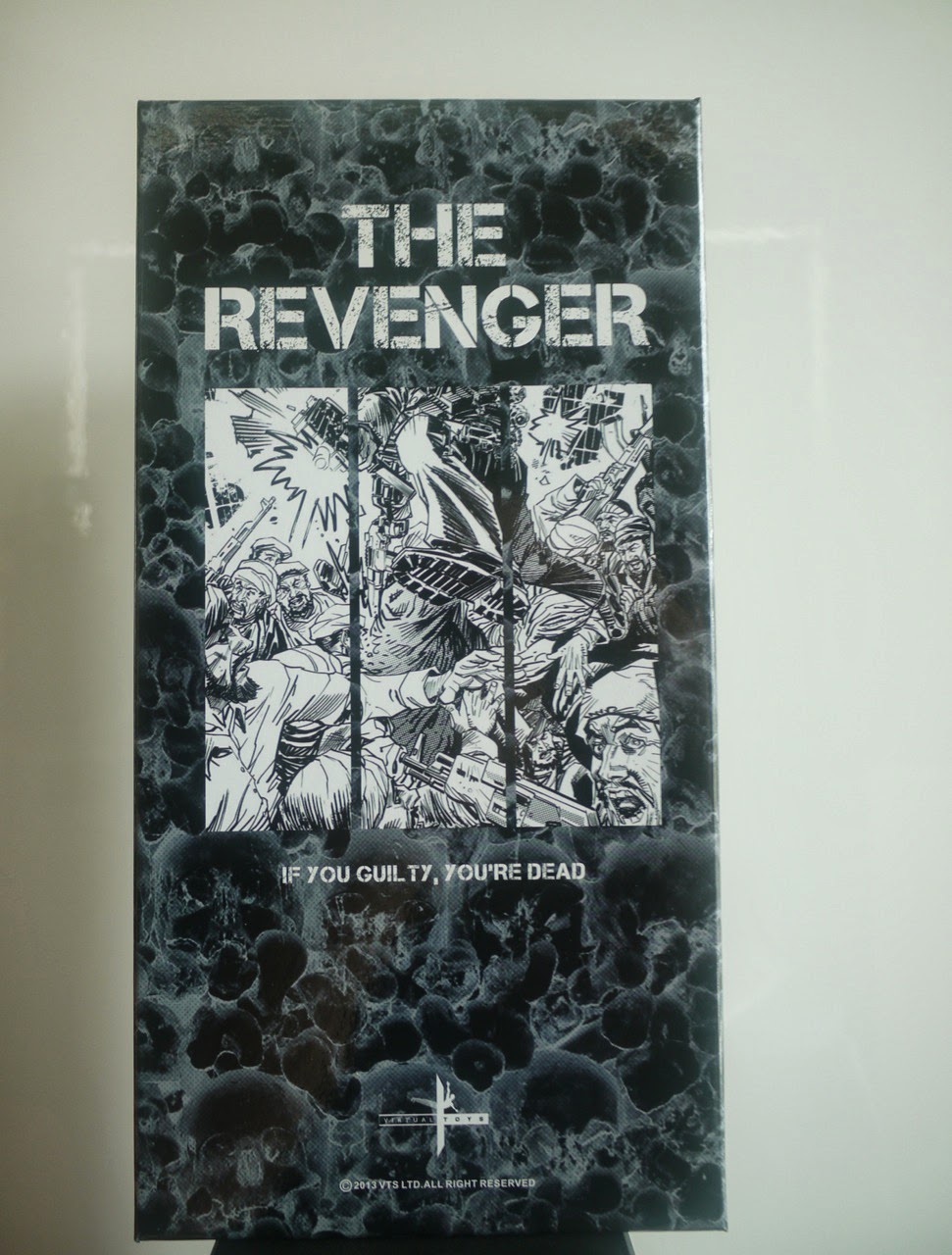 This is based on the 2008 Punisher movie "Punisher: War Zone" starring Ray Stevenson. However, this isn't a license product and it's dubbed "The Revenger" by Virtual Toys (VTS). Art Figures offered it once known as 'Saves' and I missed that as I just started with 1/6 scale. However, I'm glad I missed it for obvious reasons which you can scroll down to see. 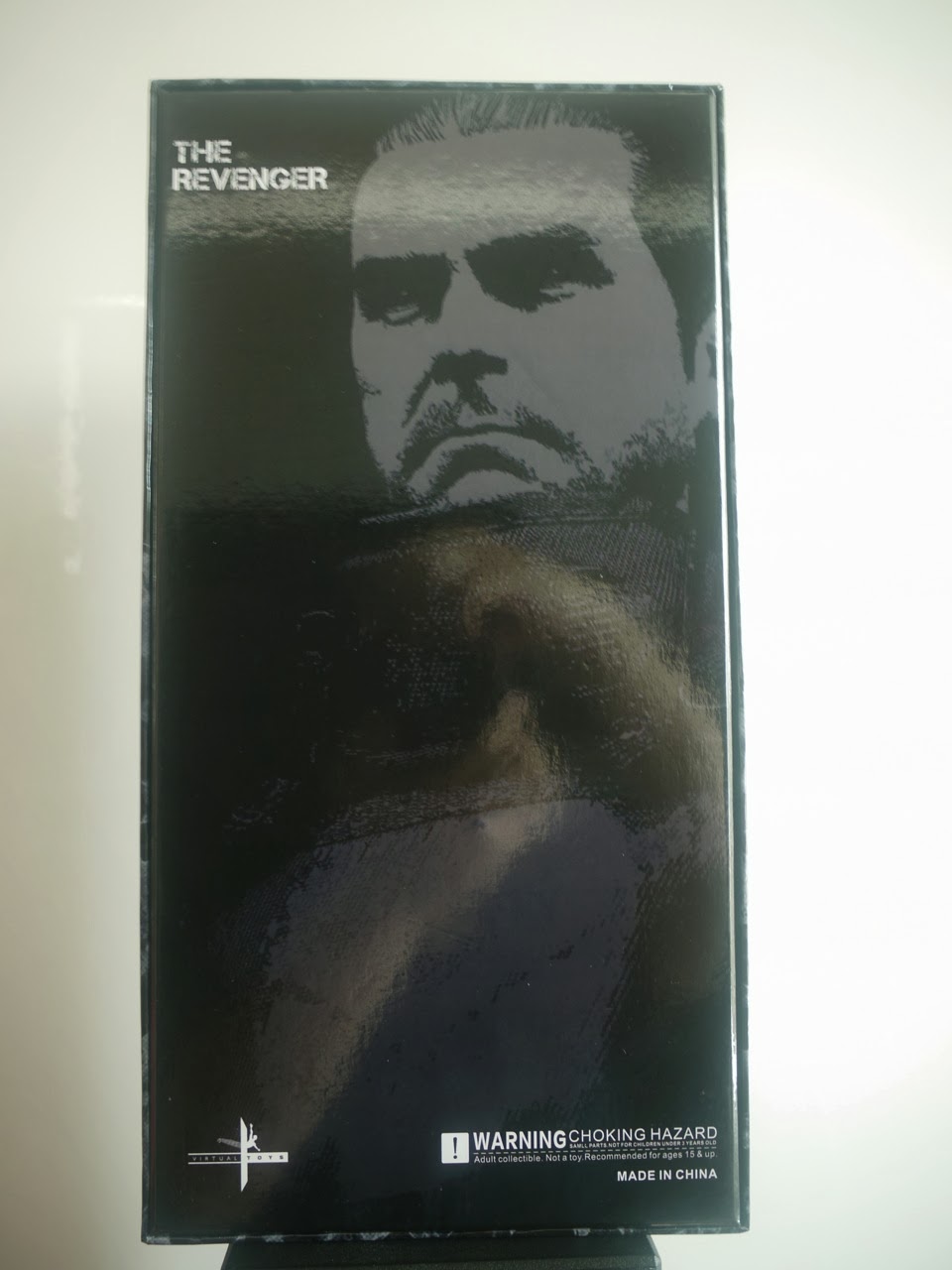 I mentioned the last time that VTS is a Chinese based company and thus, please forgive their English "If you guilty, you're dead" 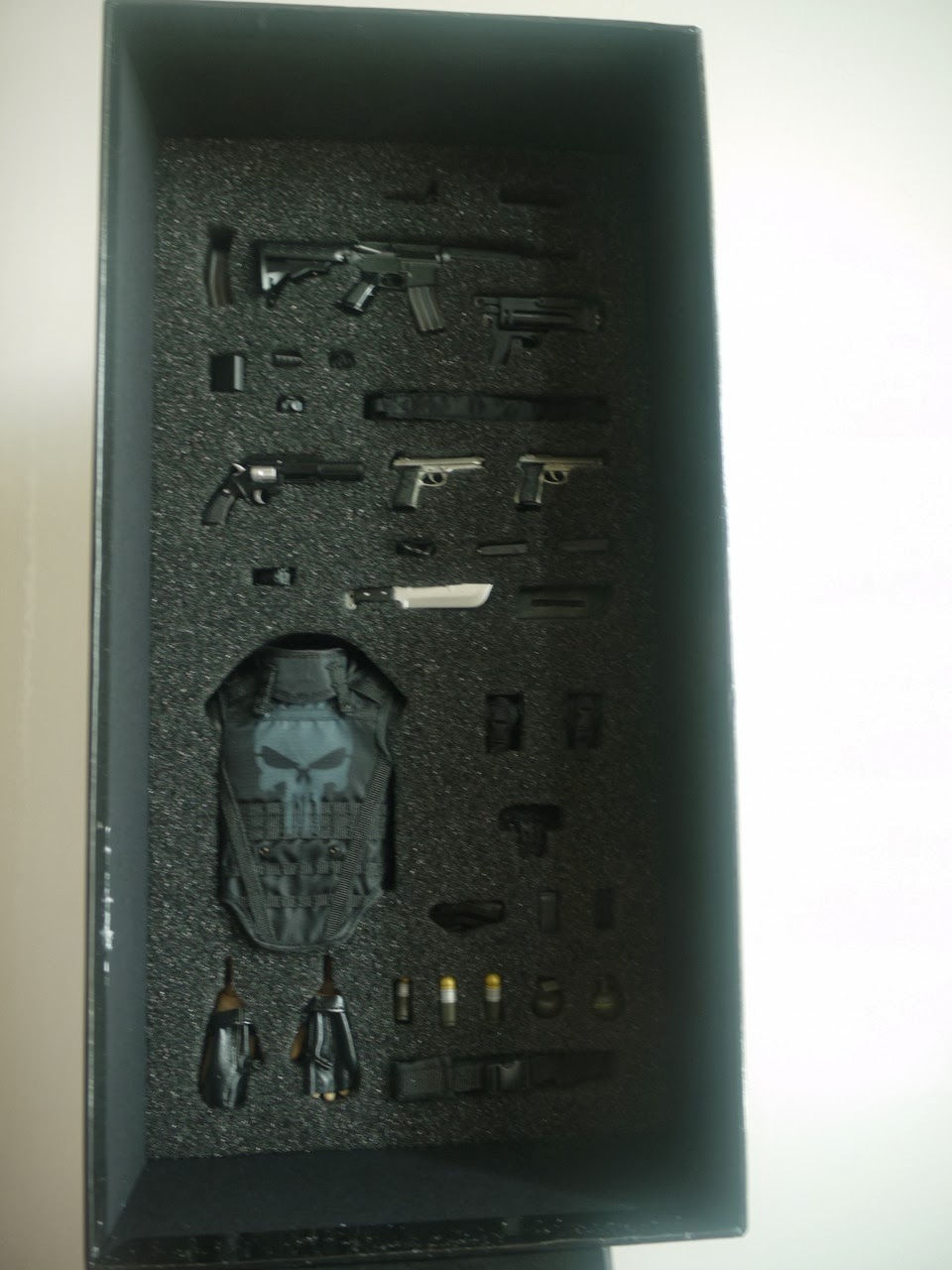 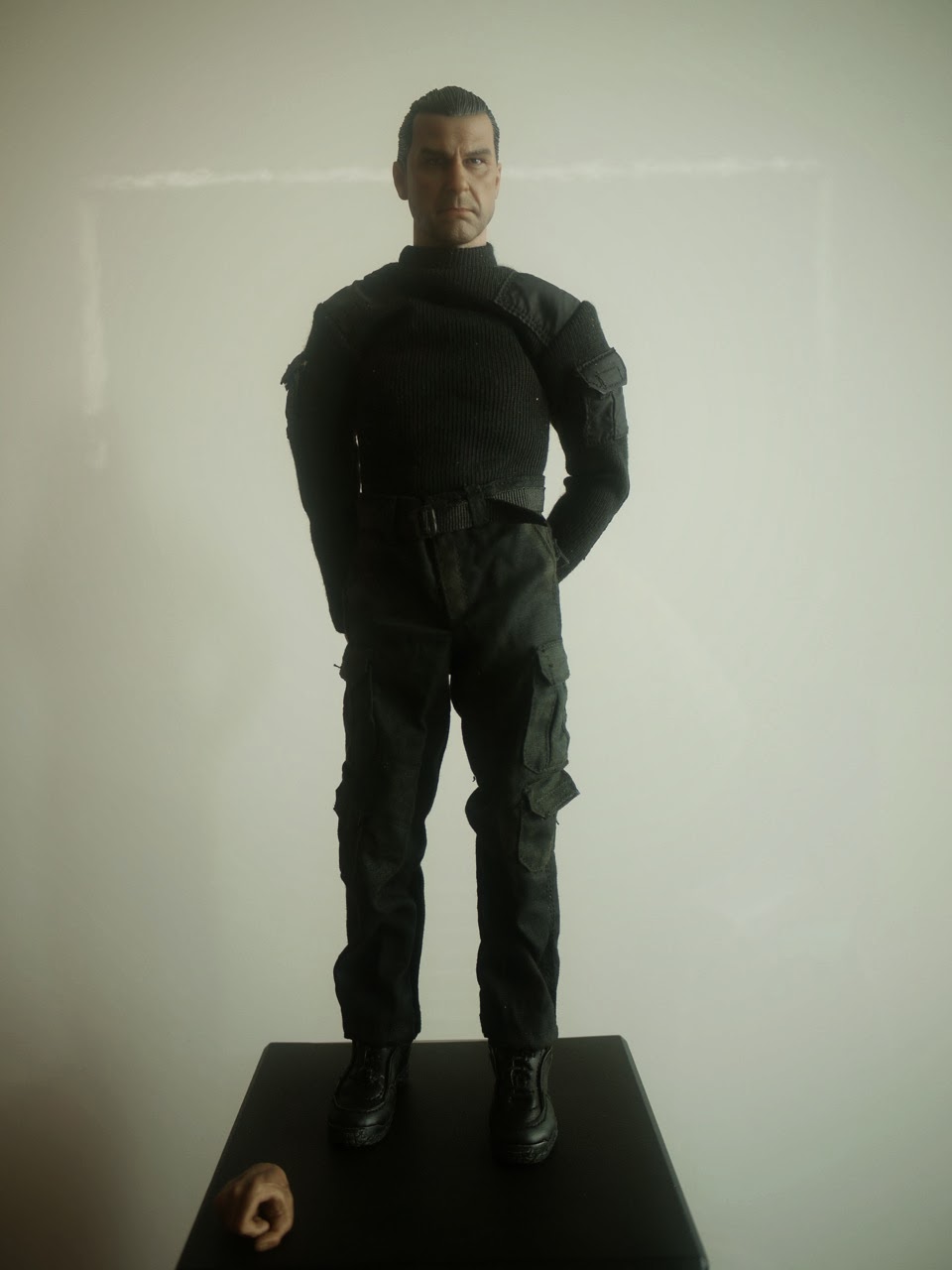 Introducing Frank Castle, AKA, The Punisher 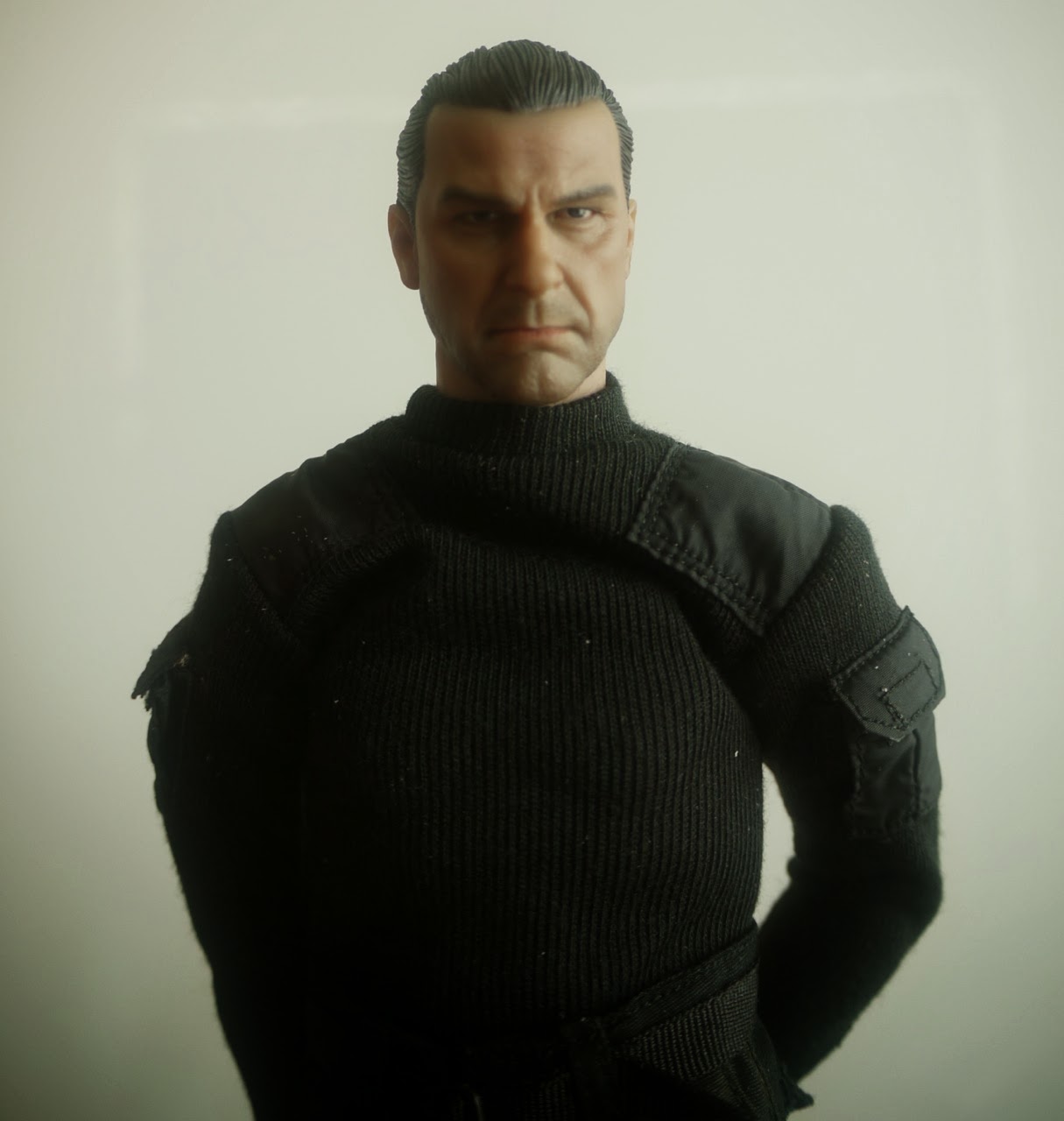 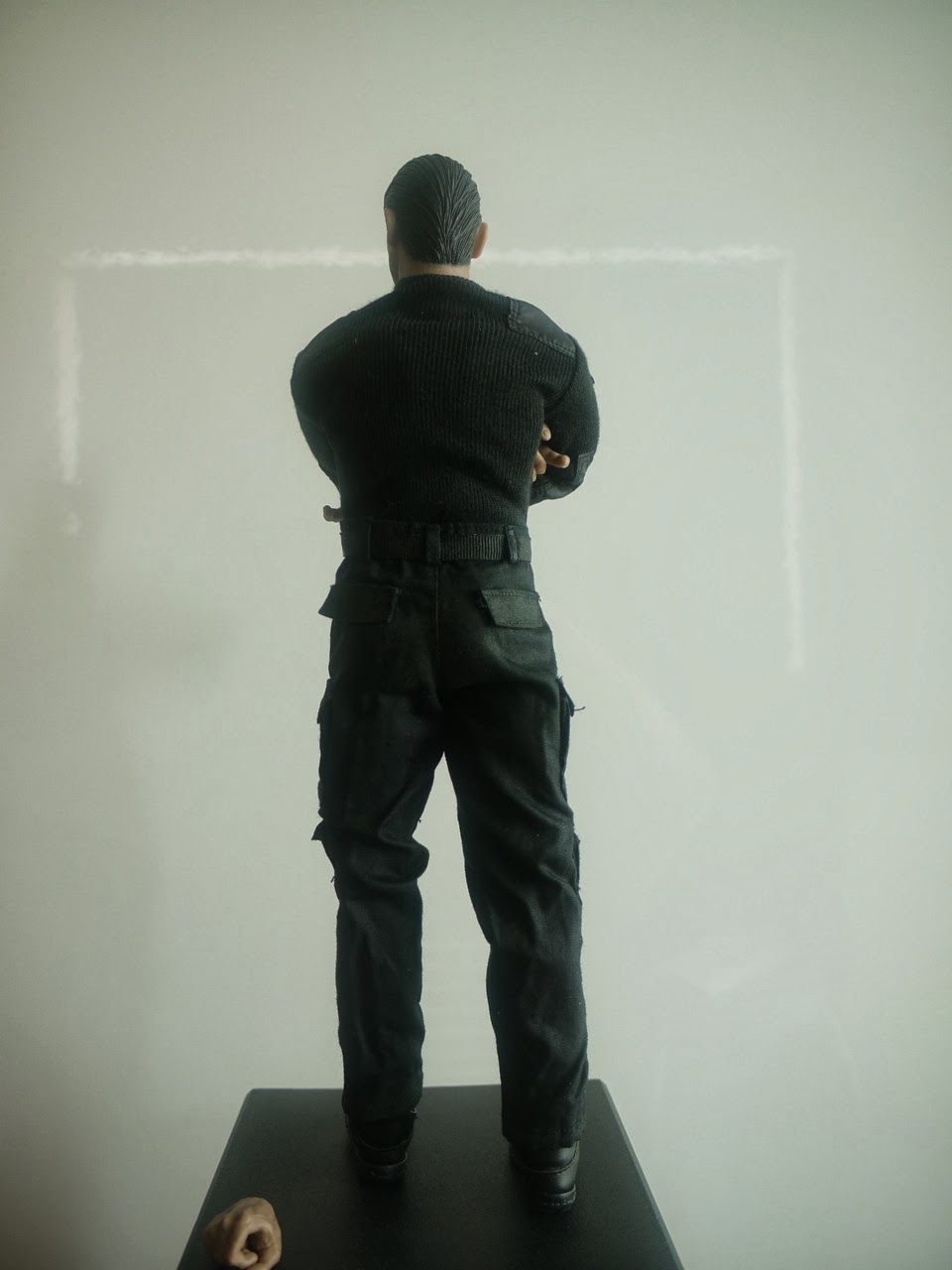 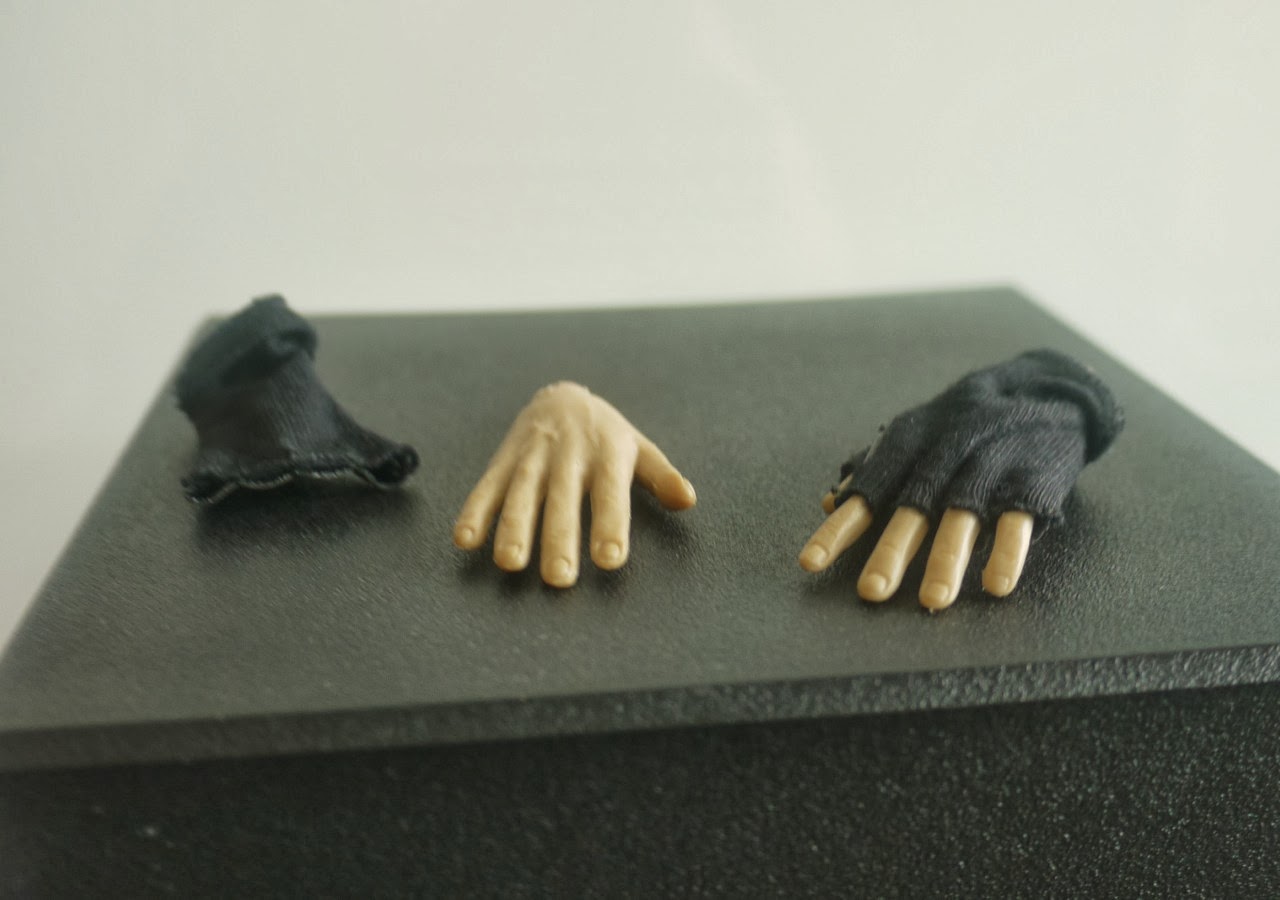 Gloves!! I hate these but somehow, I had no issue putting them on and these flexi-fingers have to be one of the best I've ever encountered. 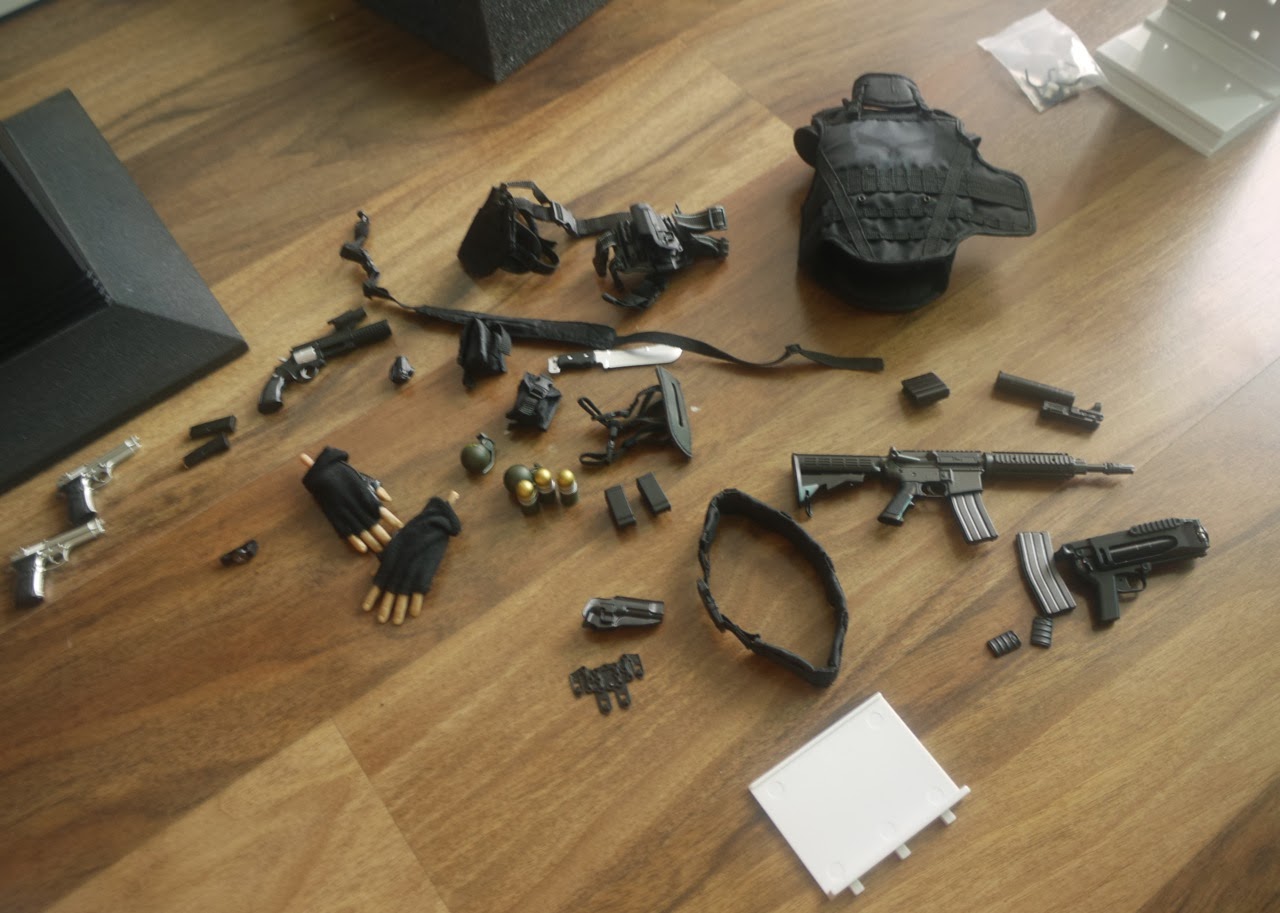 Parts and accessories to put together and that's the fun part right? 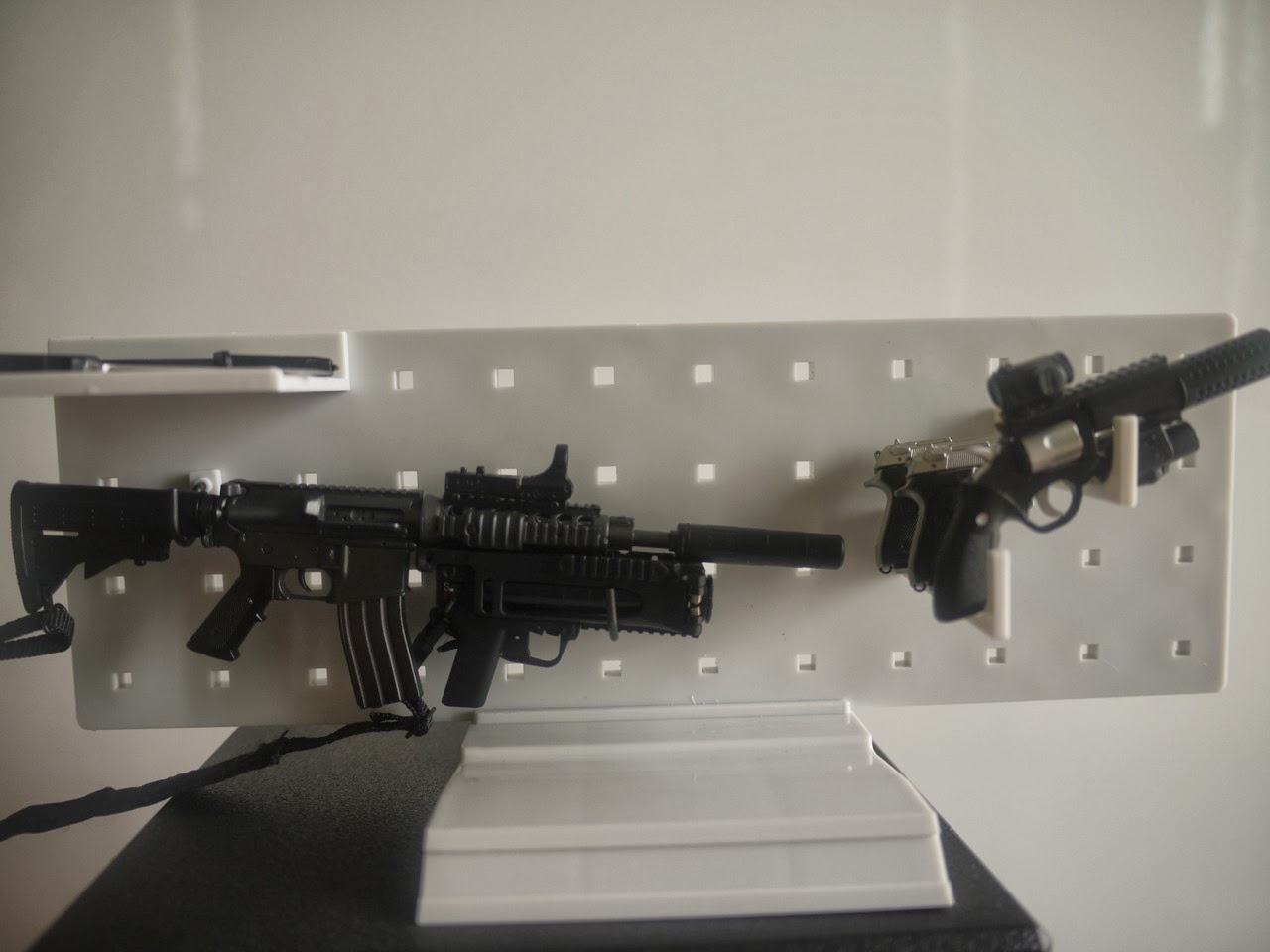 I've used a weapon rack from Easy and Simple's Frostbite. See the last picture of this entry. Coincidentally, it's actually the same AR15 except for the grenade launcher. The Punisher is equipped with
- AR-15 with grenade launcher
- 92 pistol x2
- Tactical mod revolver with micro red dot scope and weapon light with laser
- Combat knife 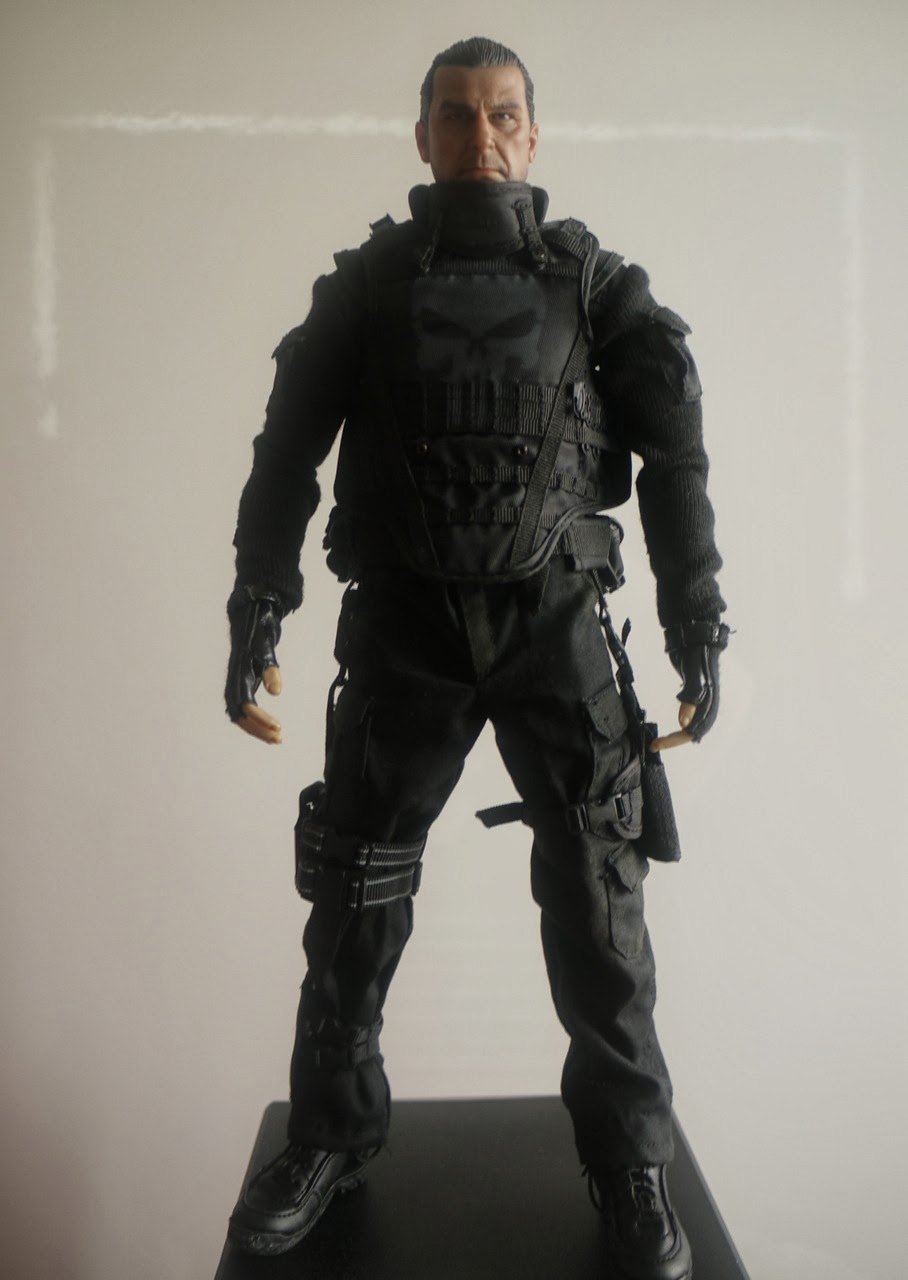 Kitting didn't take too long and I must say, this guy is bad 'S' cool!! 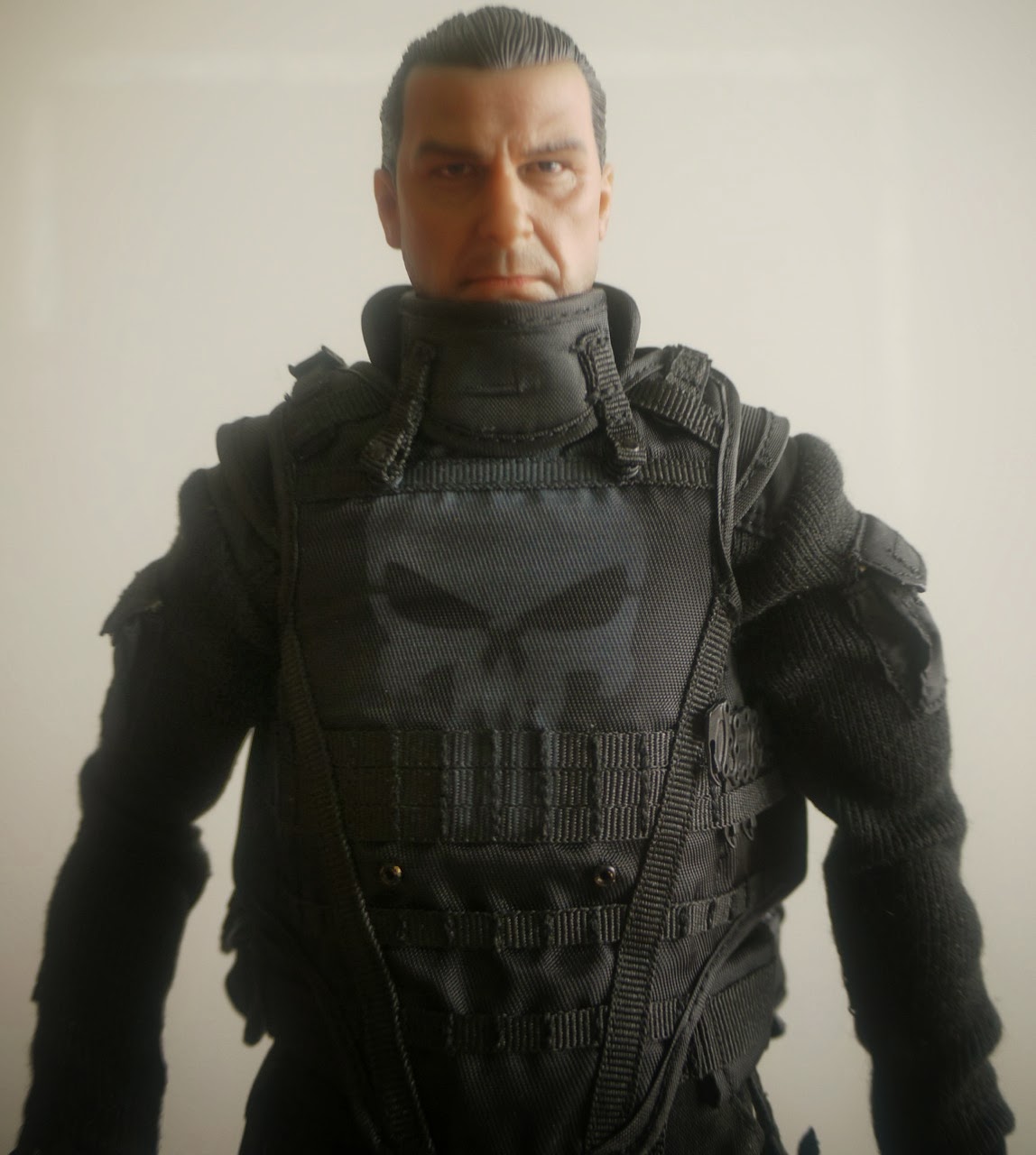 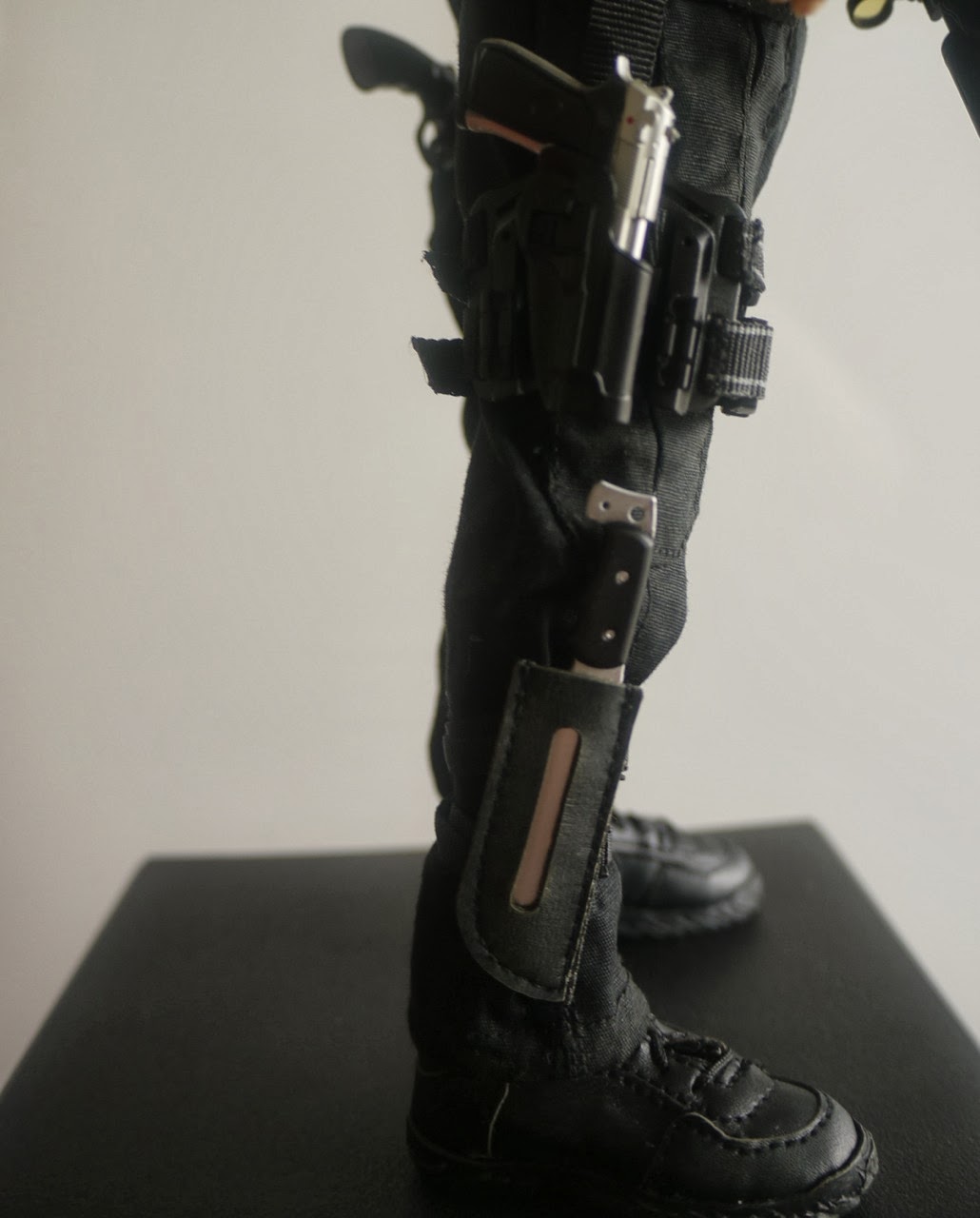 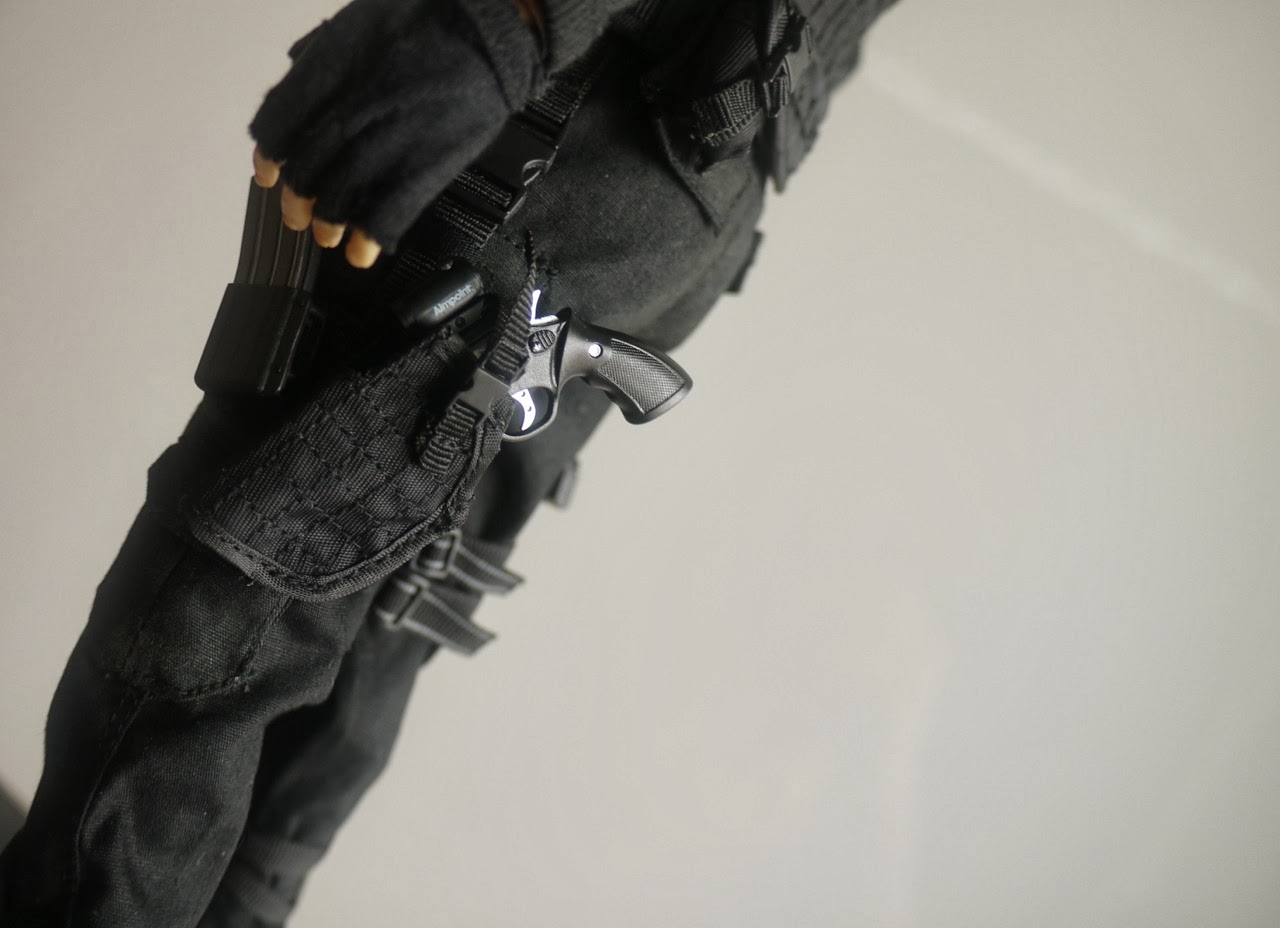 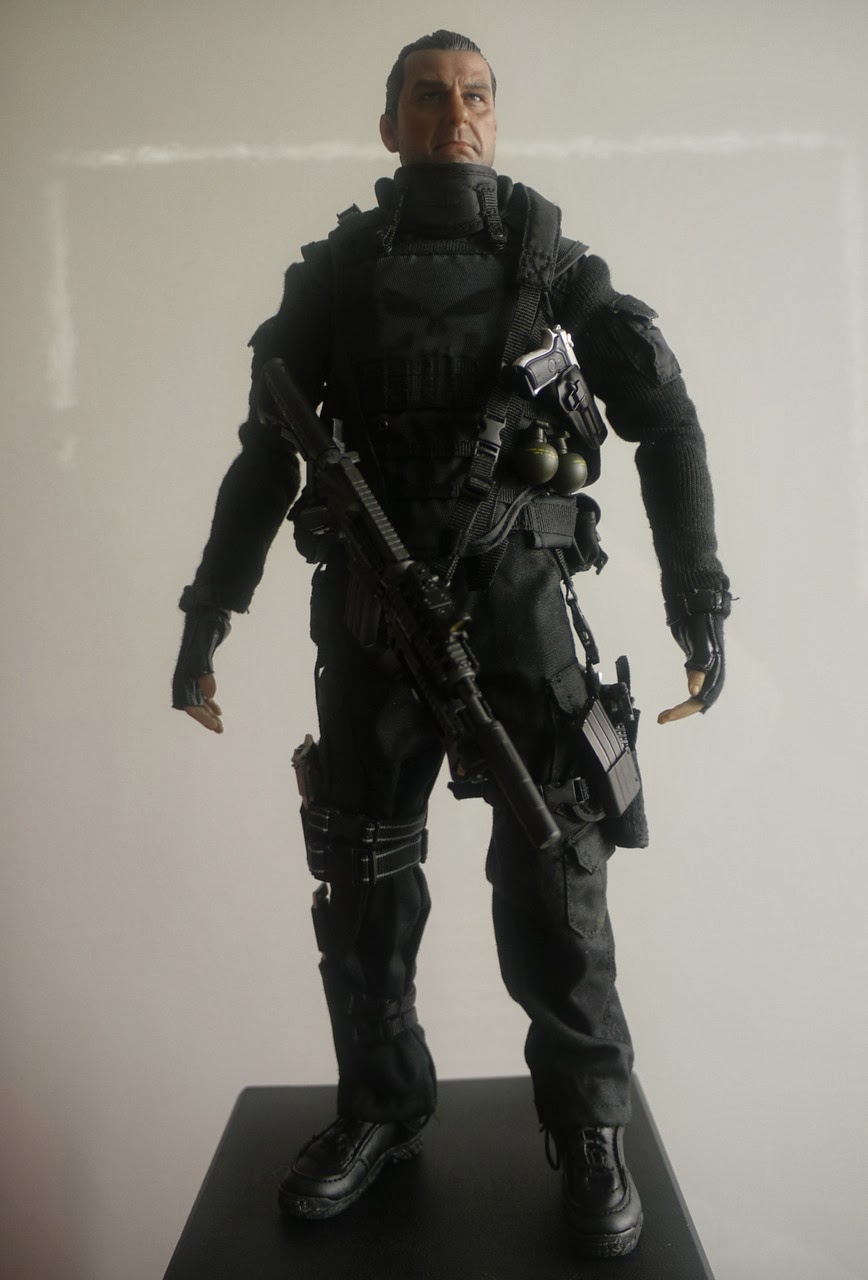 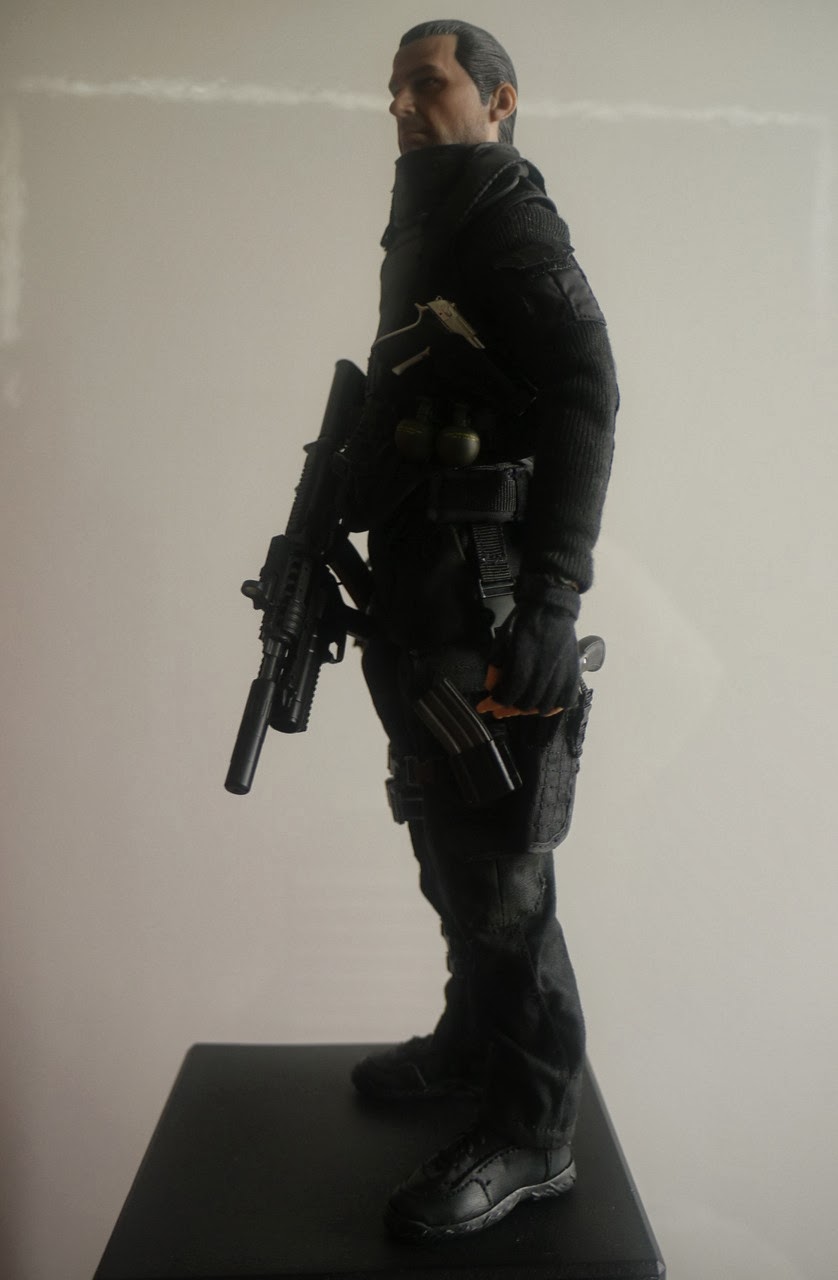 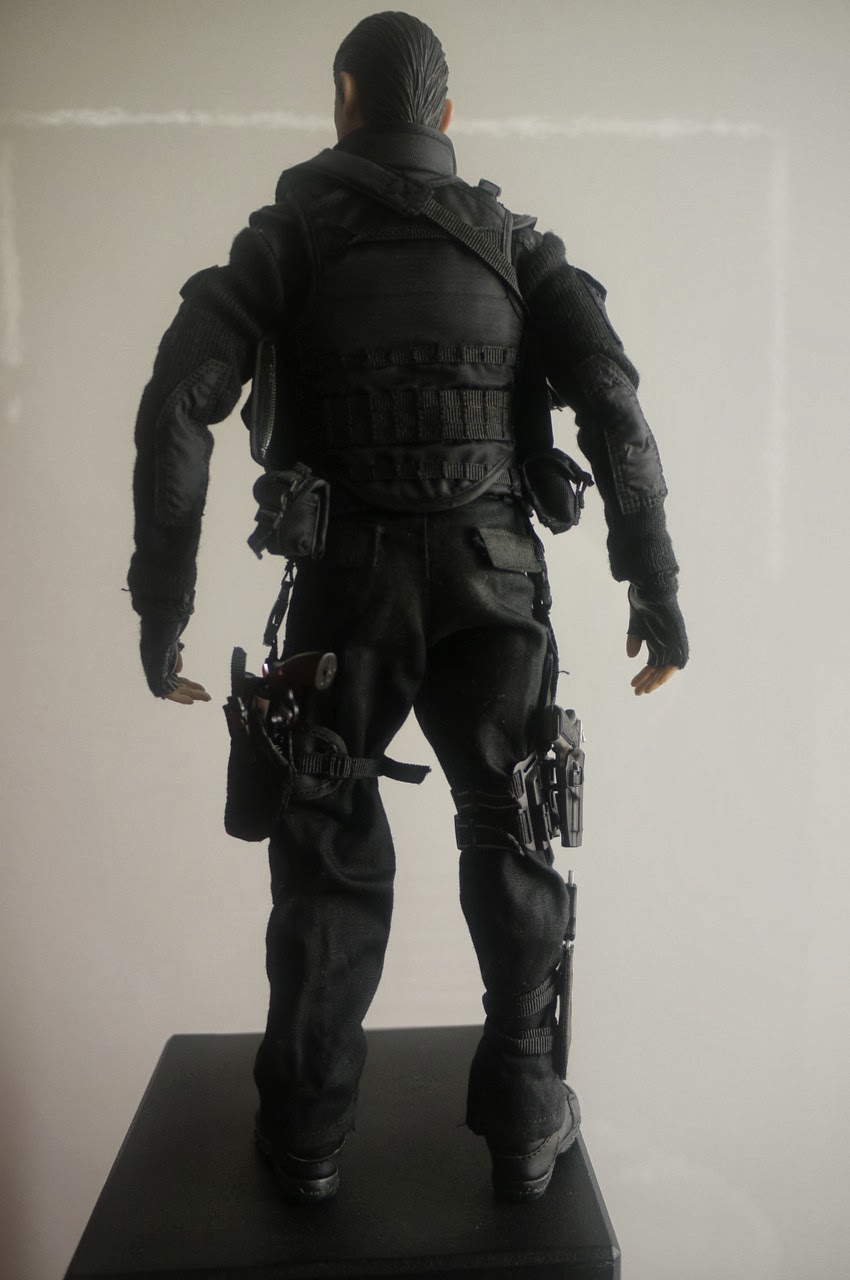 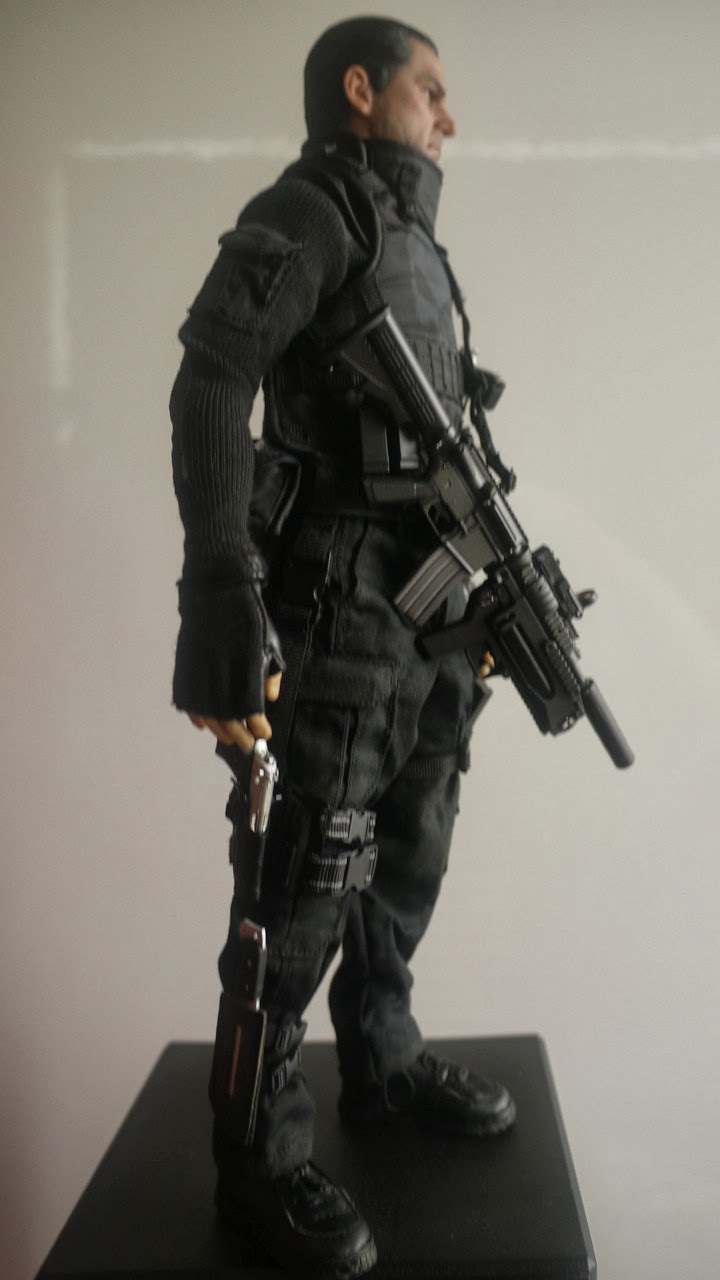 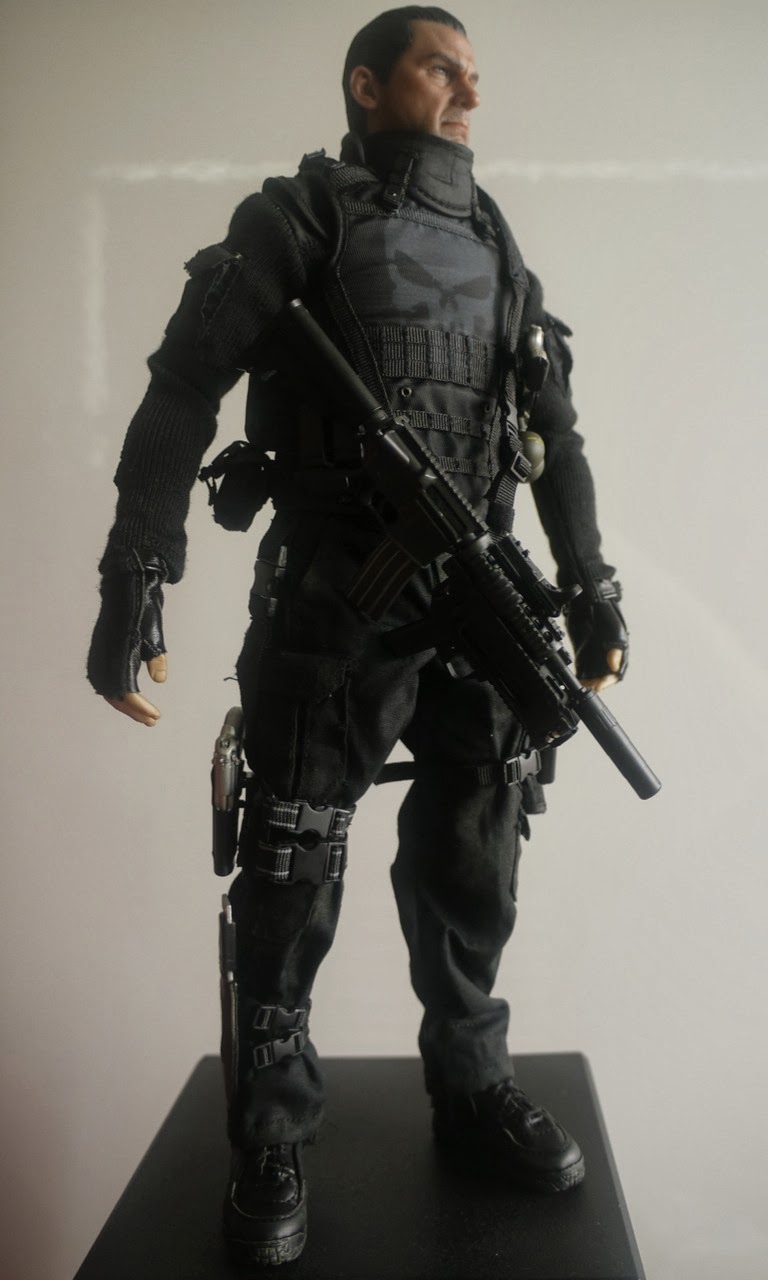 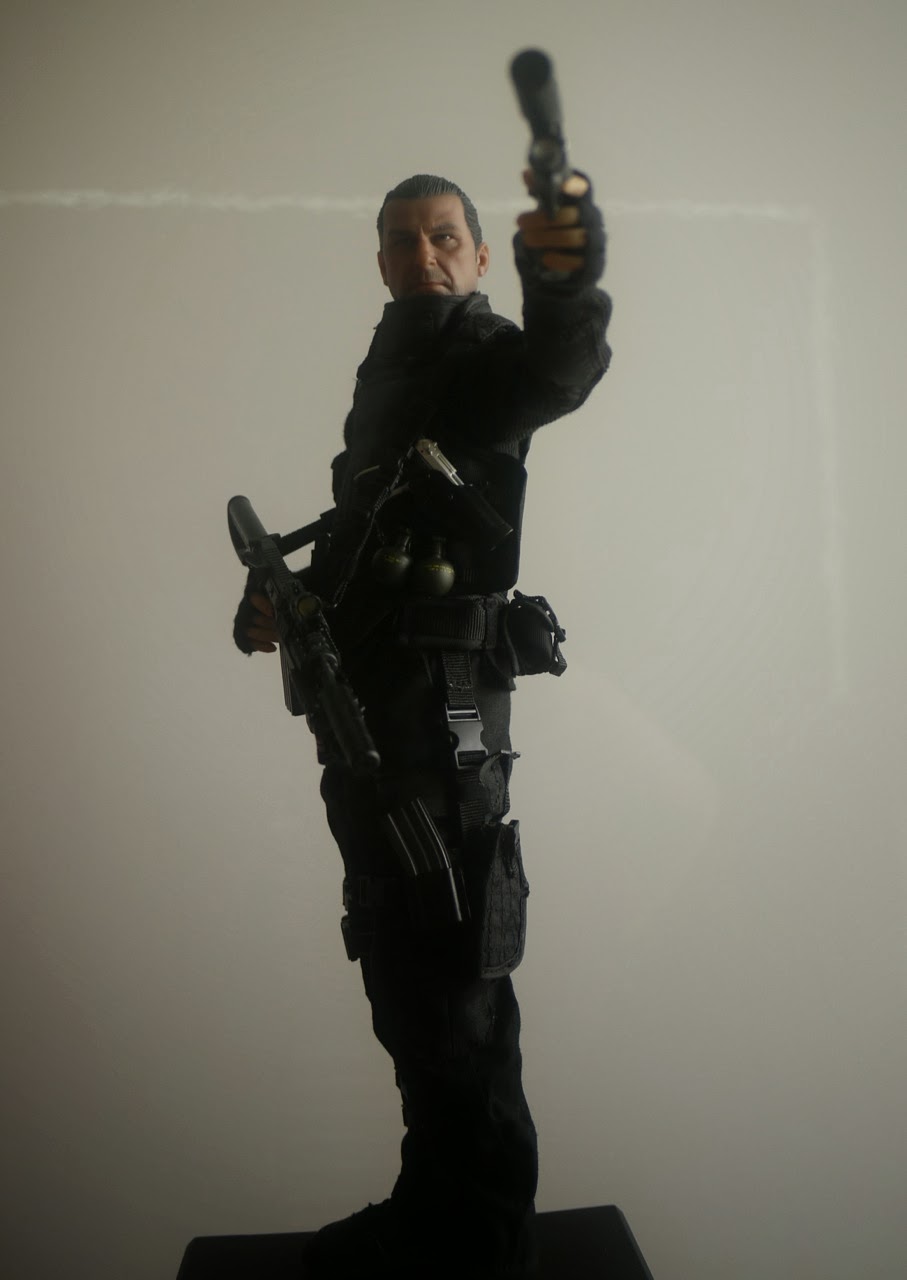 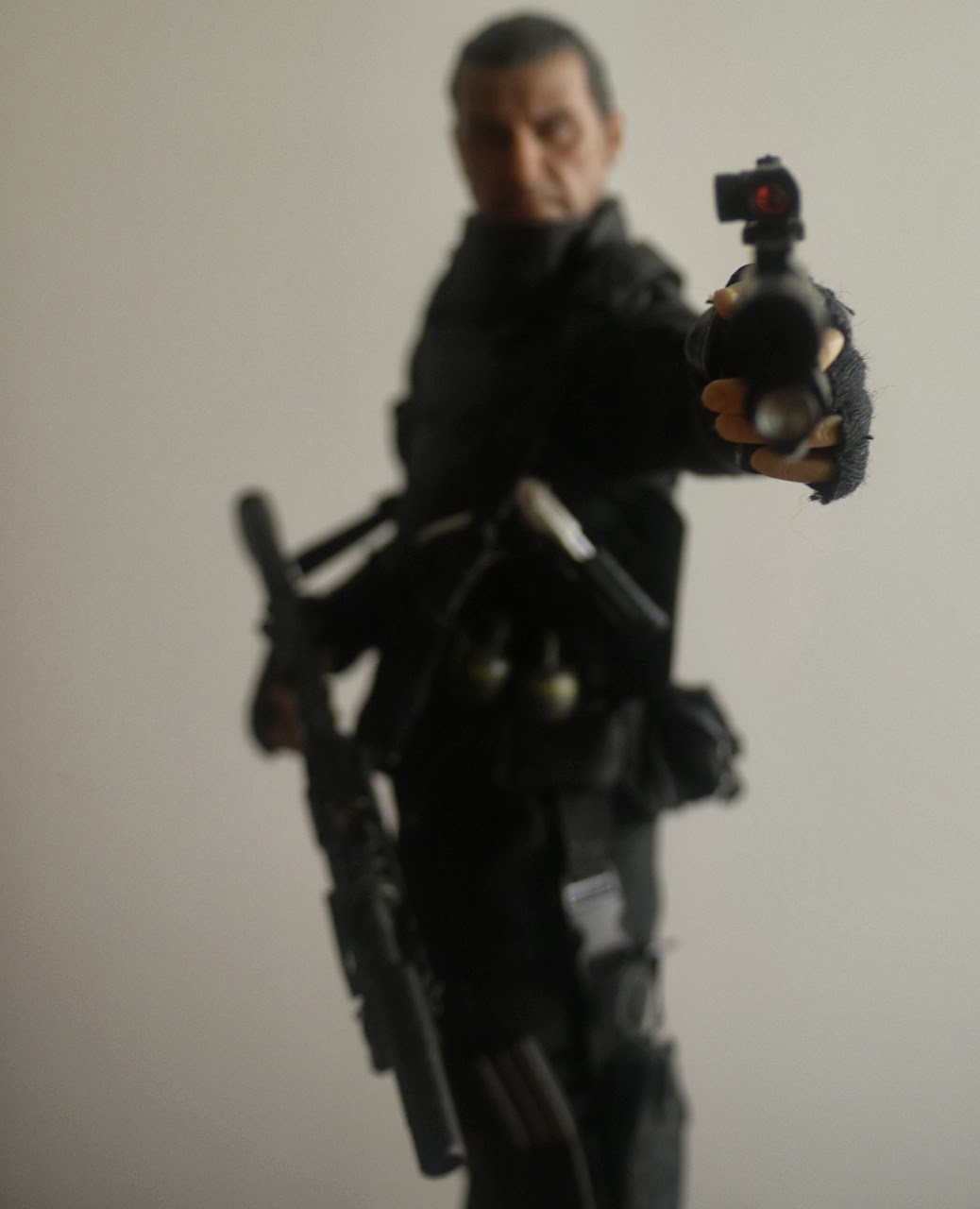 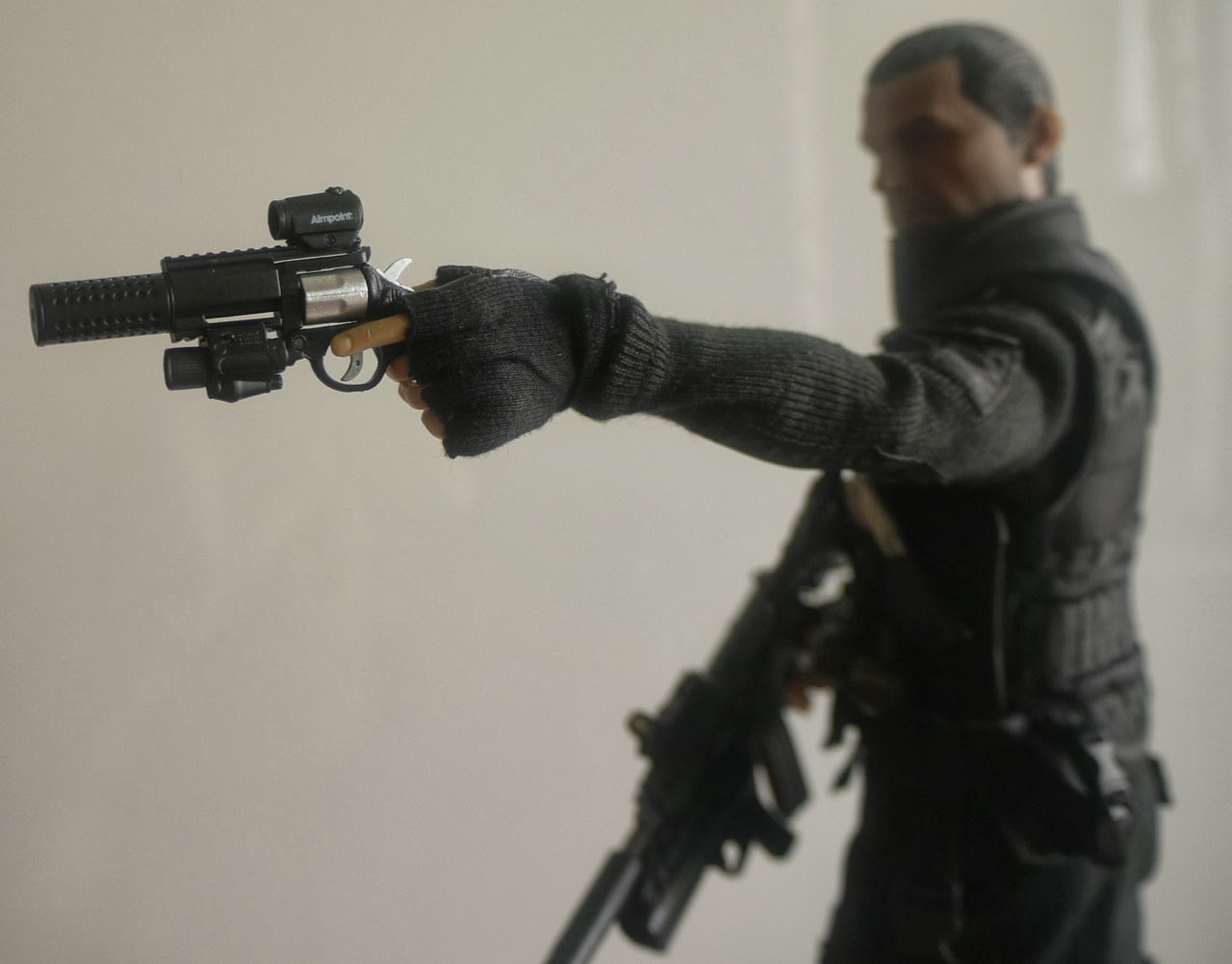 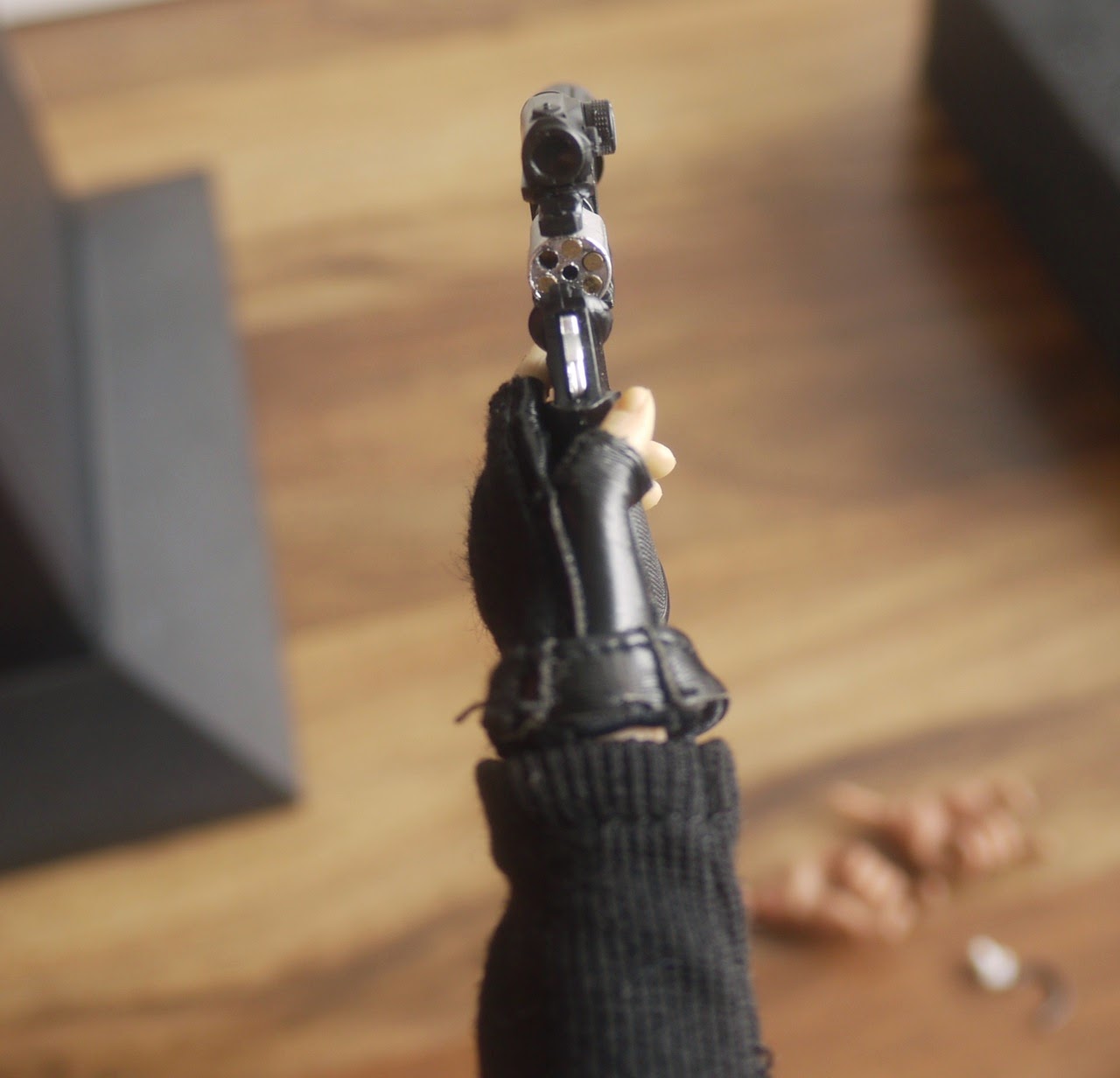 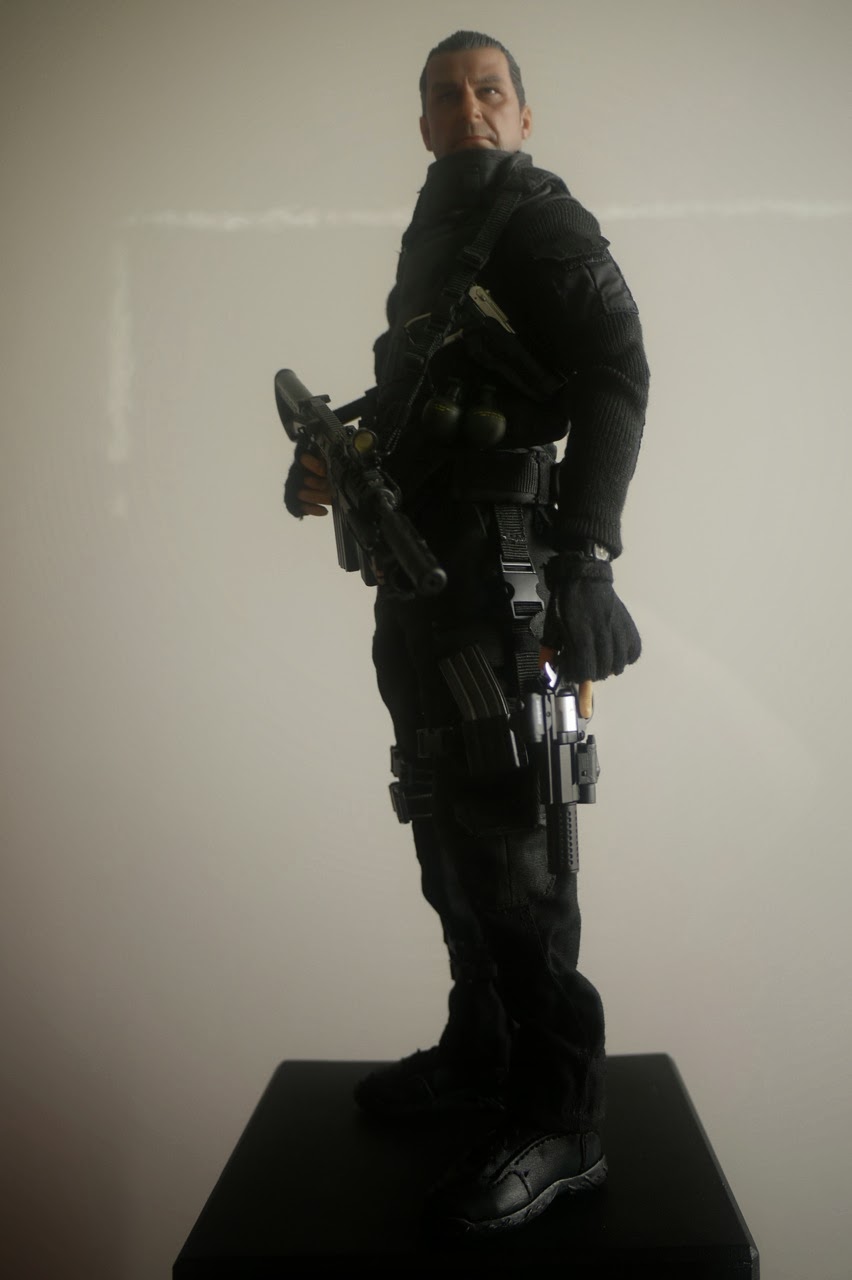 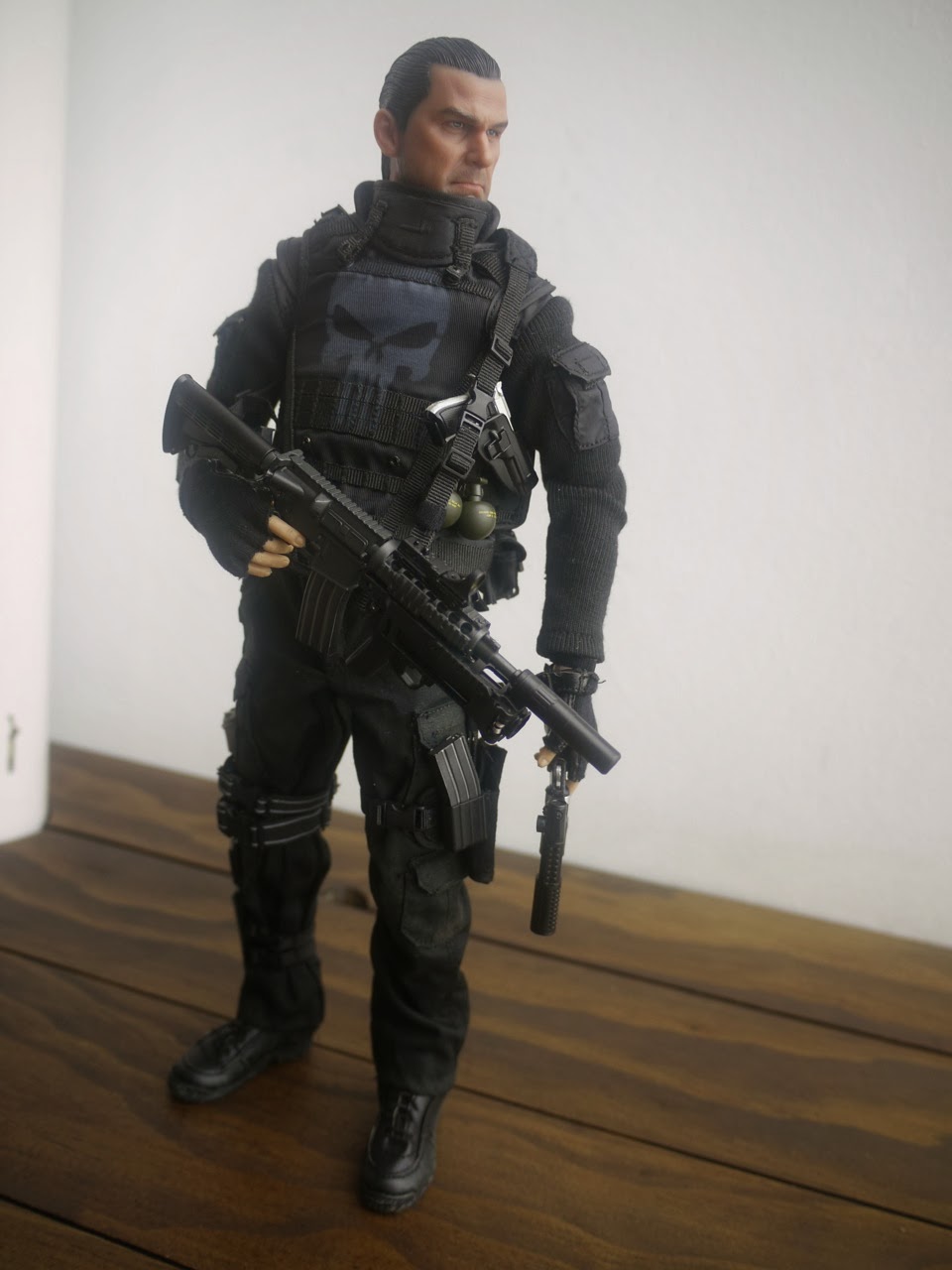 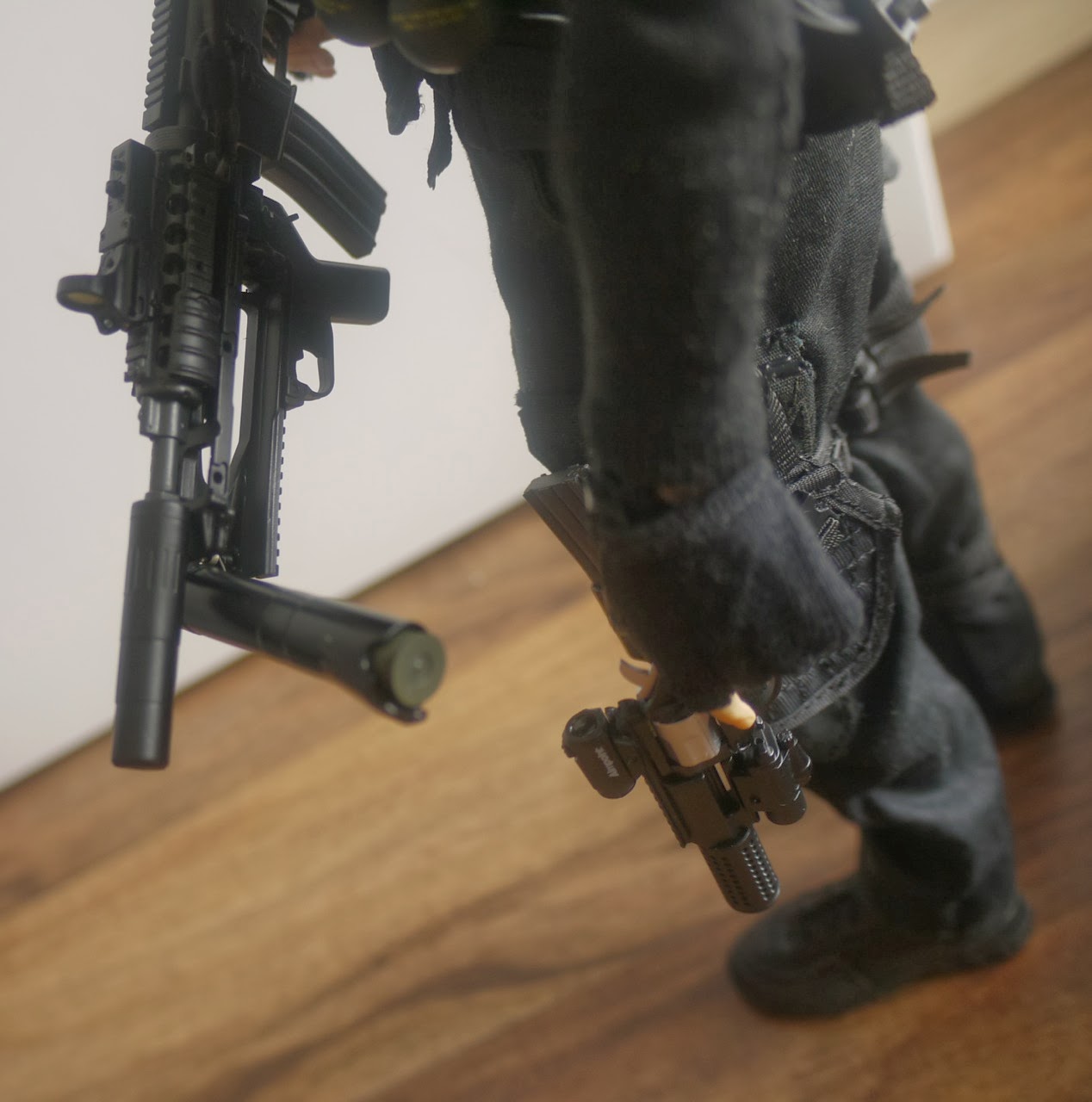 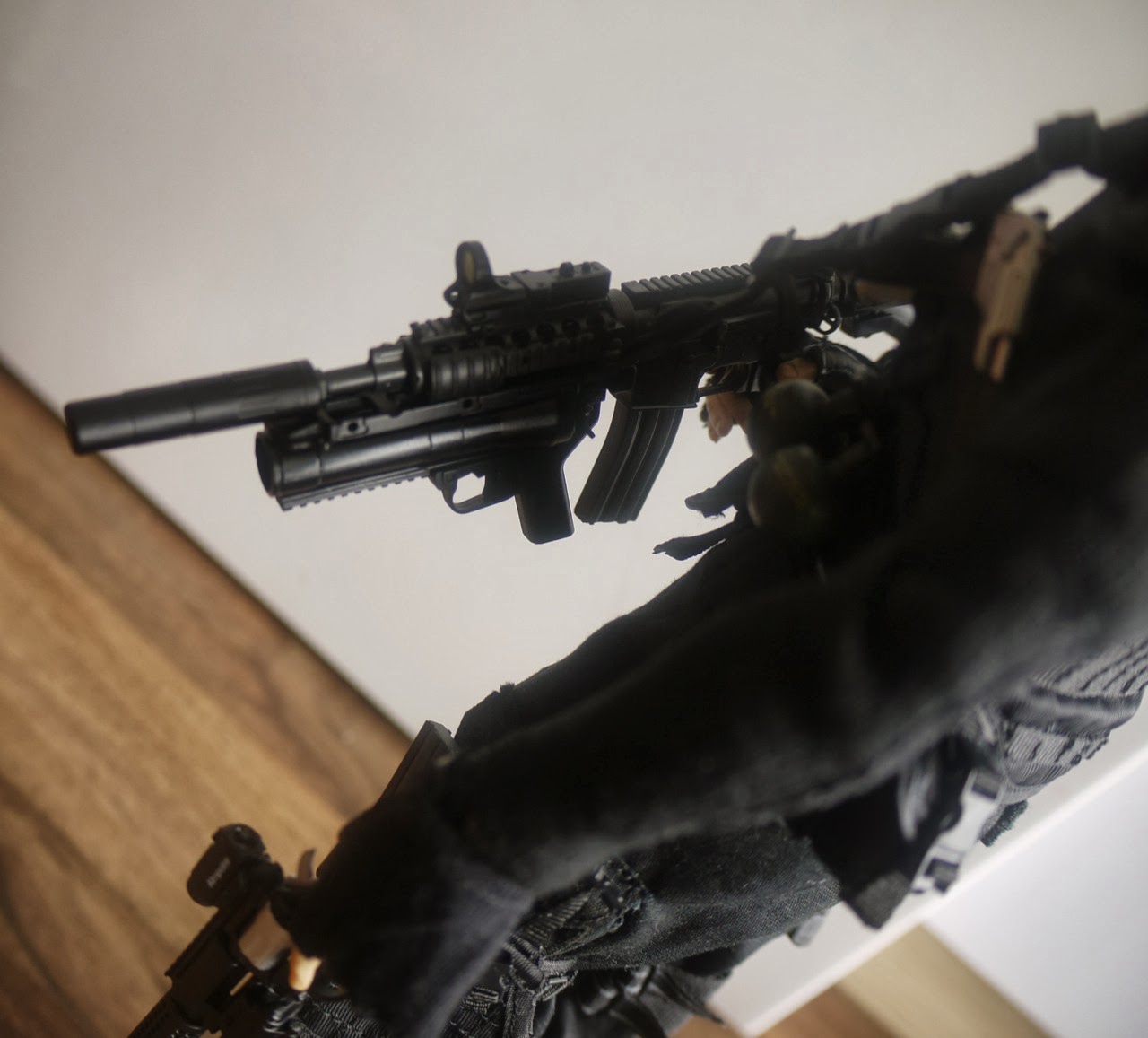 That's it and I believe this product is already out of stock and too bad if you don't have it.

Below is the Frostbite from Easy and Simple with it's modular weapon rack. 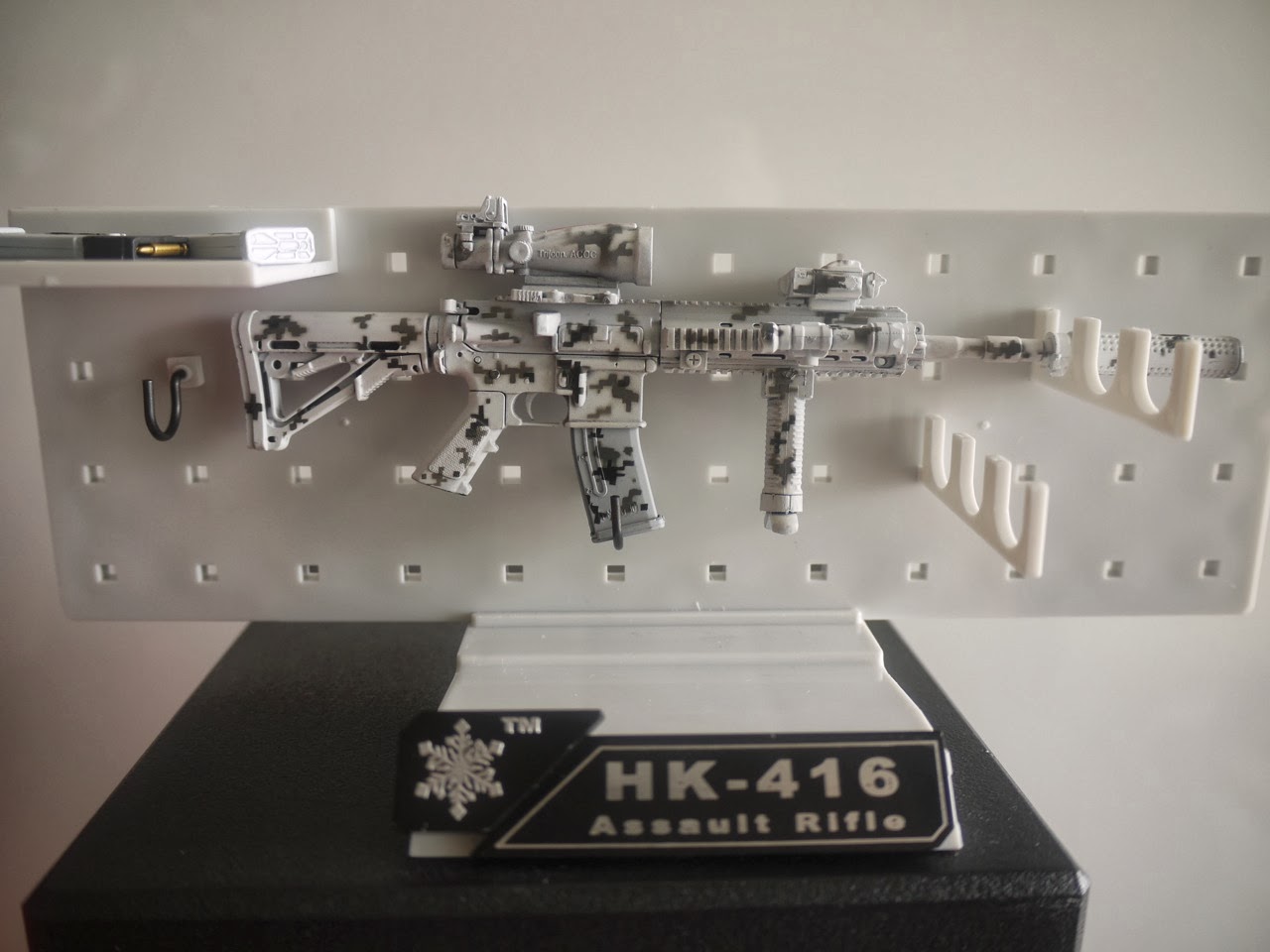