I never expected these to be made but they are and I have a soft spot for Hot Toys. 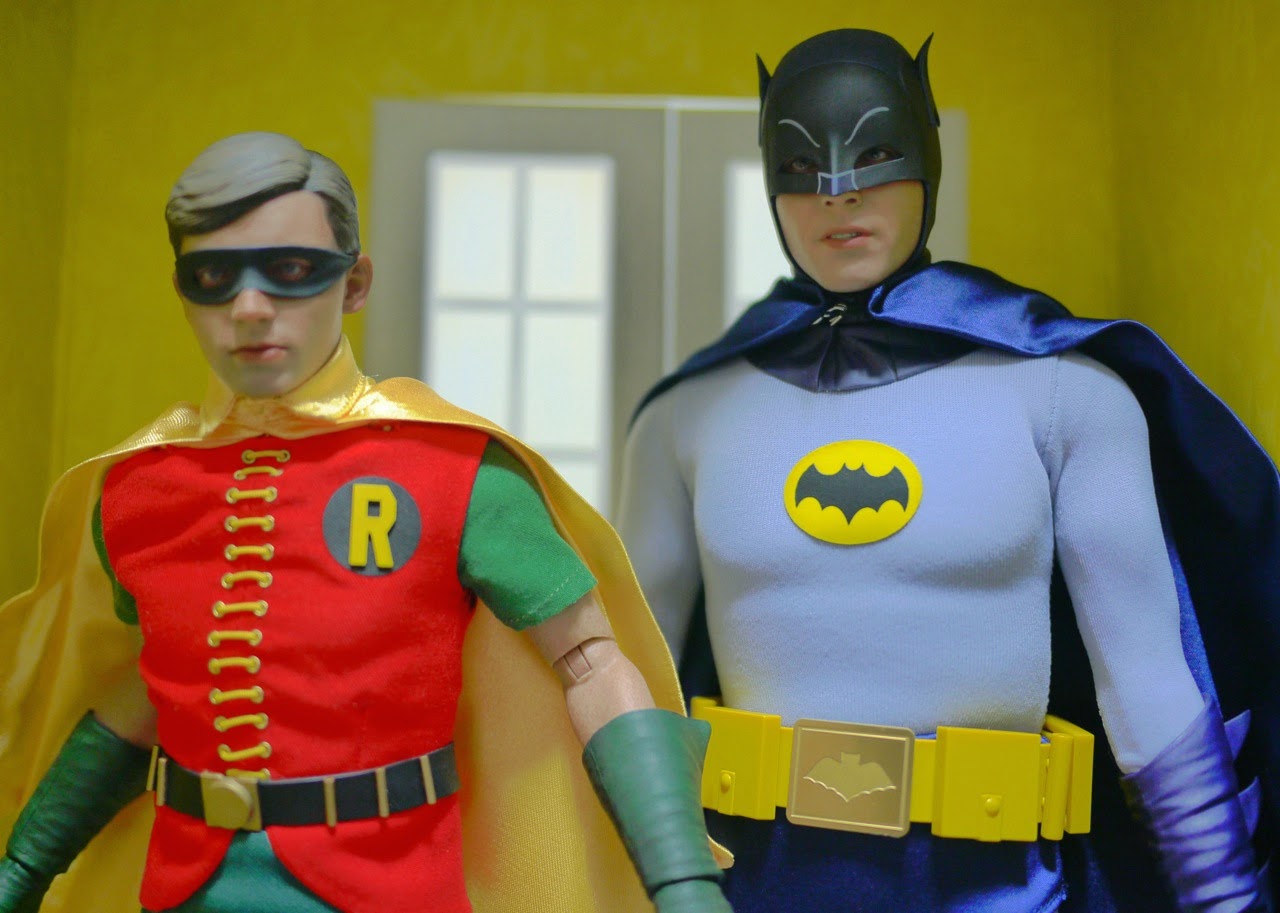 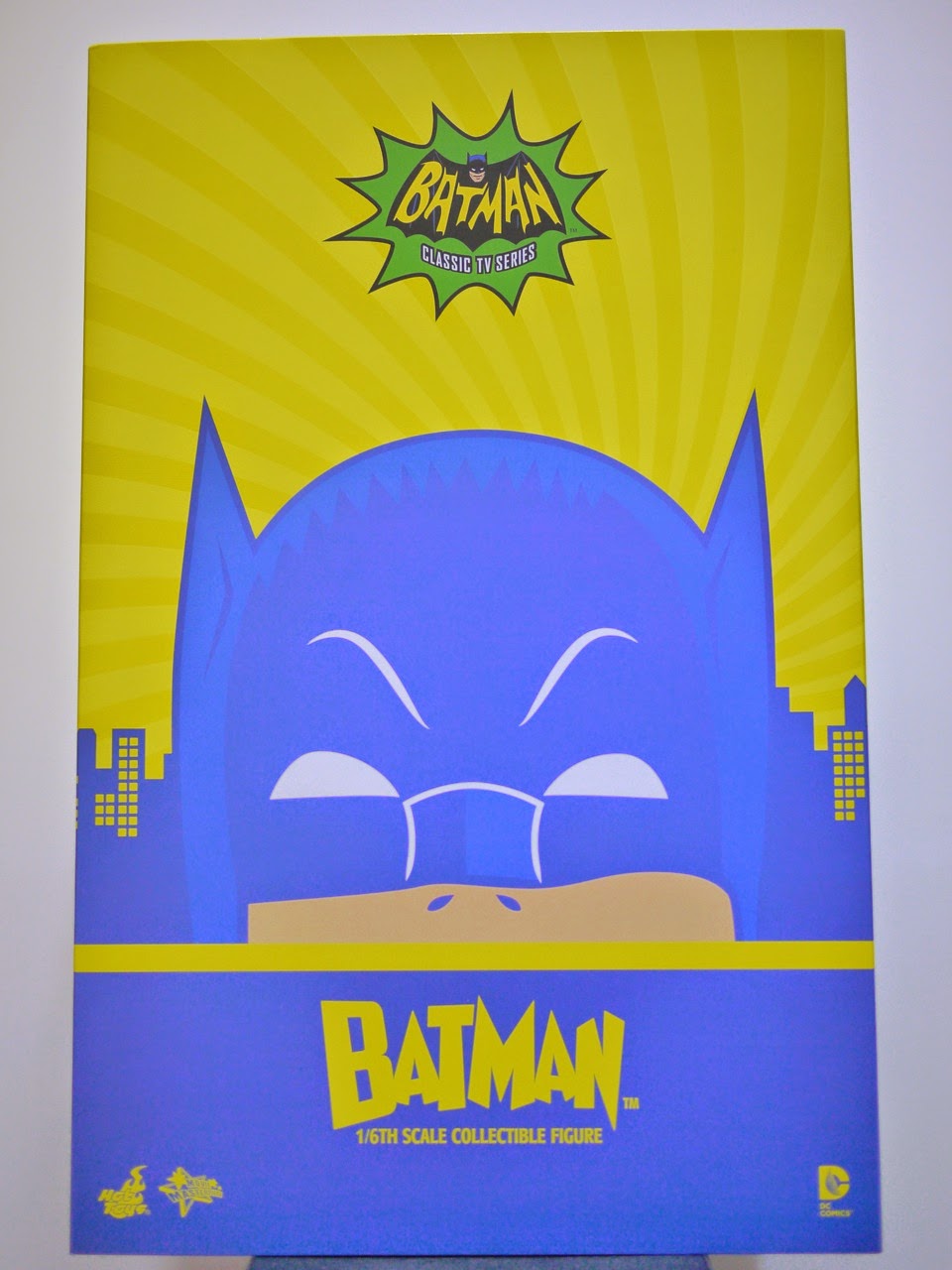 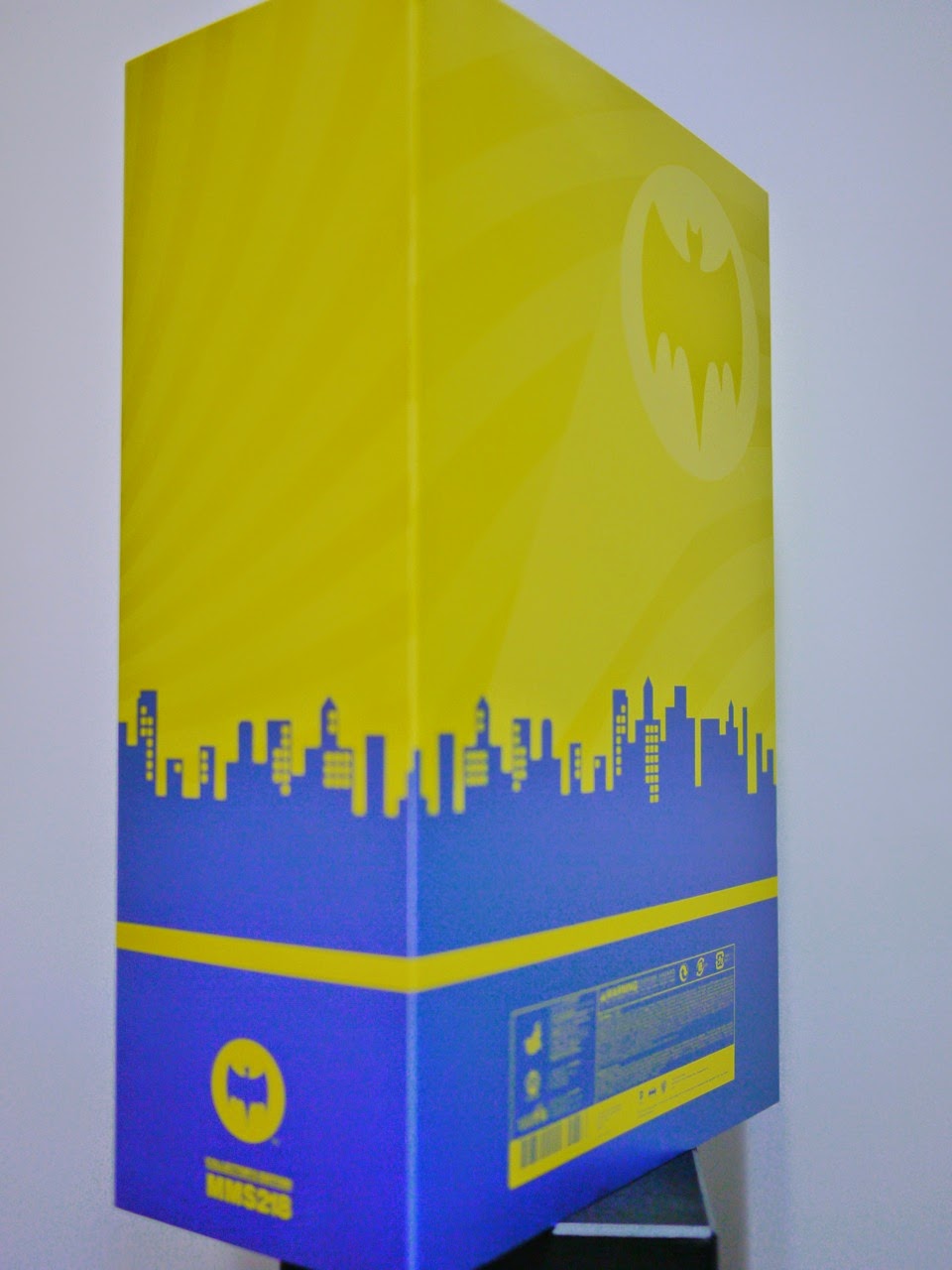 The packaging is the slide out cover with the inner box with a display window. Though simplistic the color scheme is so cycledelic that I can't bare to discard them. 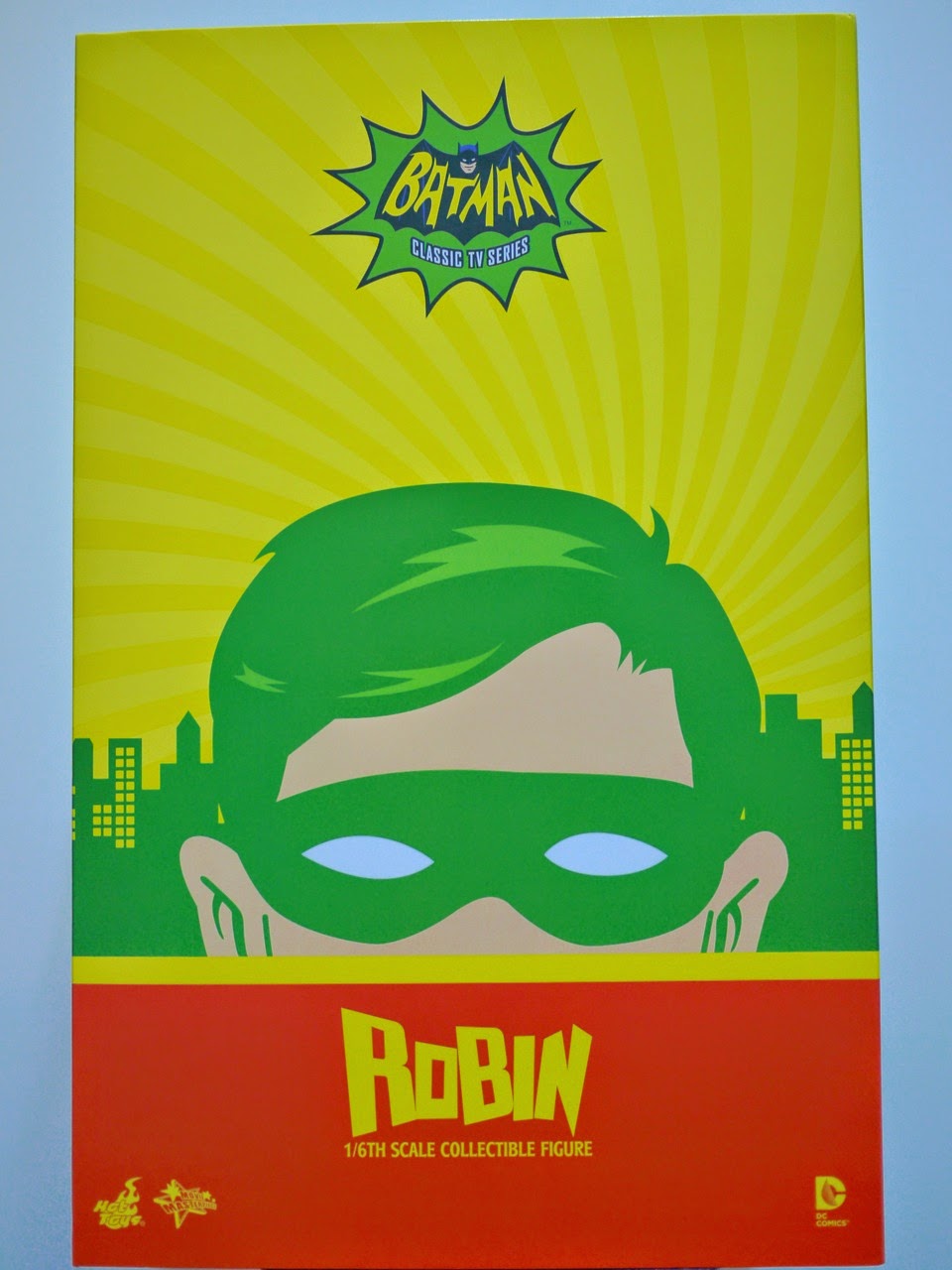 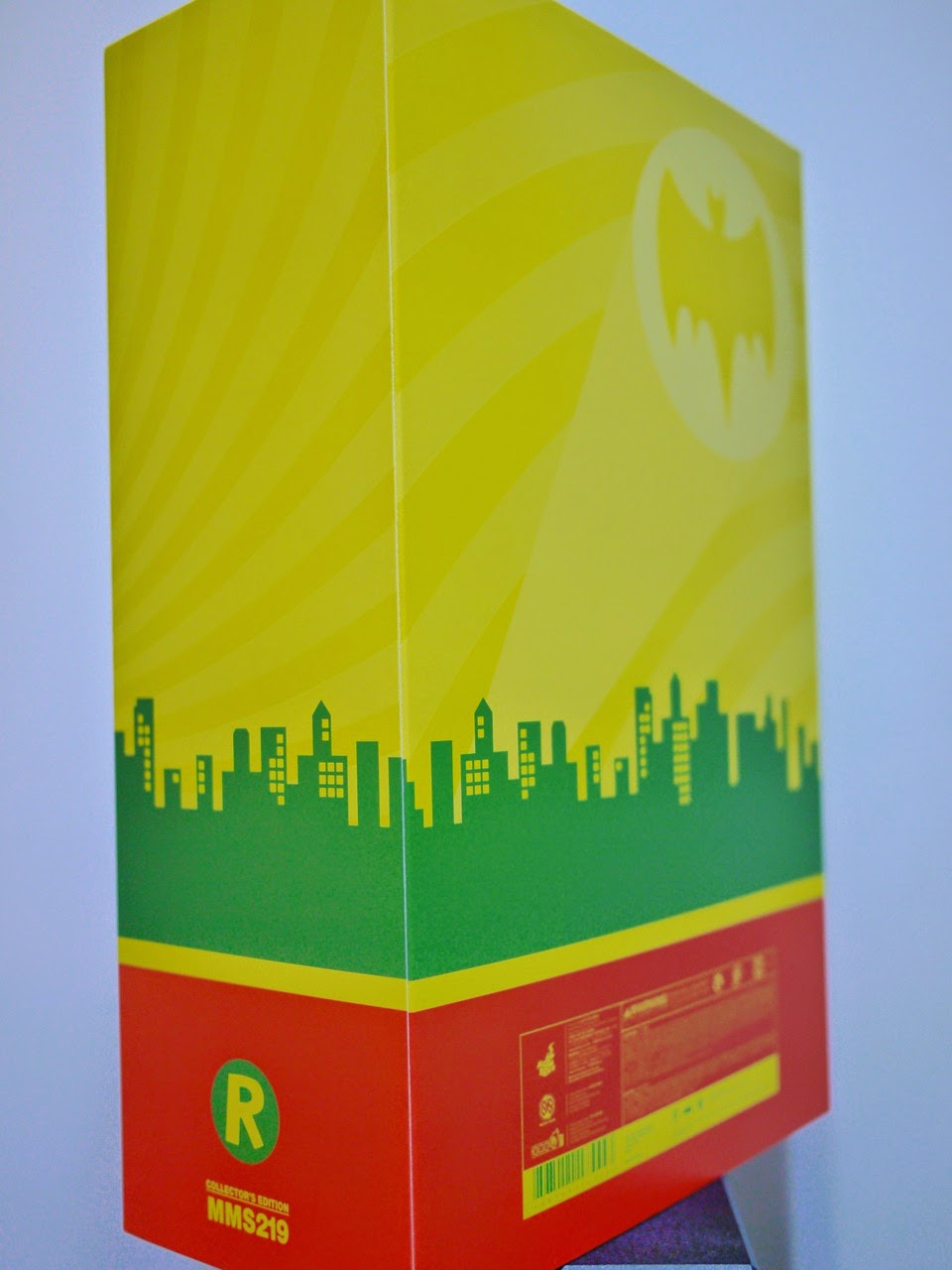 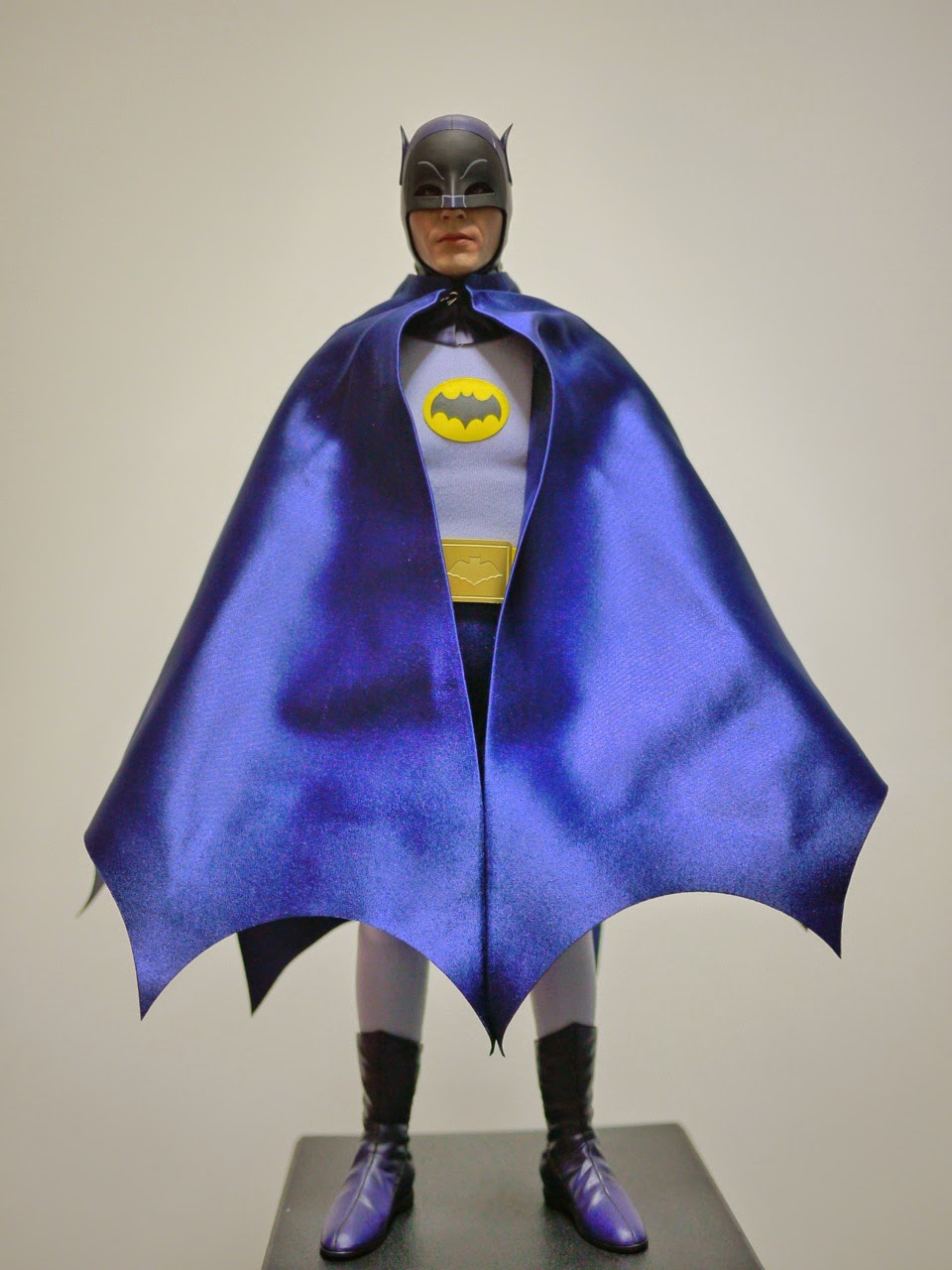 Adam West played 'Fatman', I meant Batman. The material throughout this figure is velvet and you need to take care not to create any thread pull on it. I didn't have the habit of rummaging boxes after boxes looking for the perfect toy so I had one with his left tight snagged; but I'm fine with it. Come on, it's just a toy... Why so serious?? 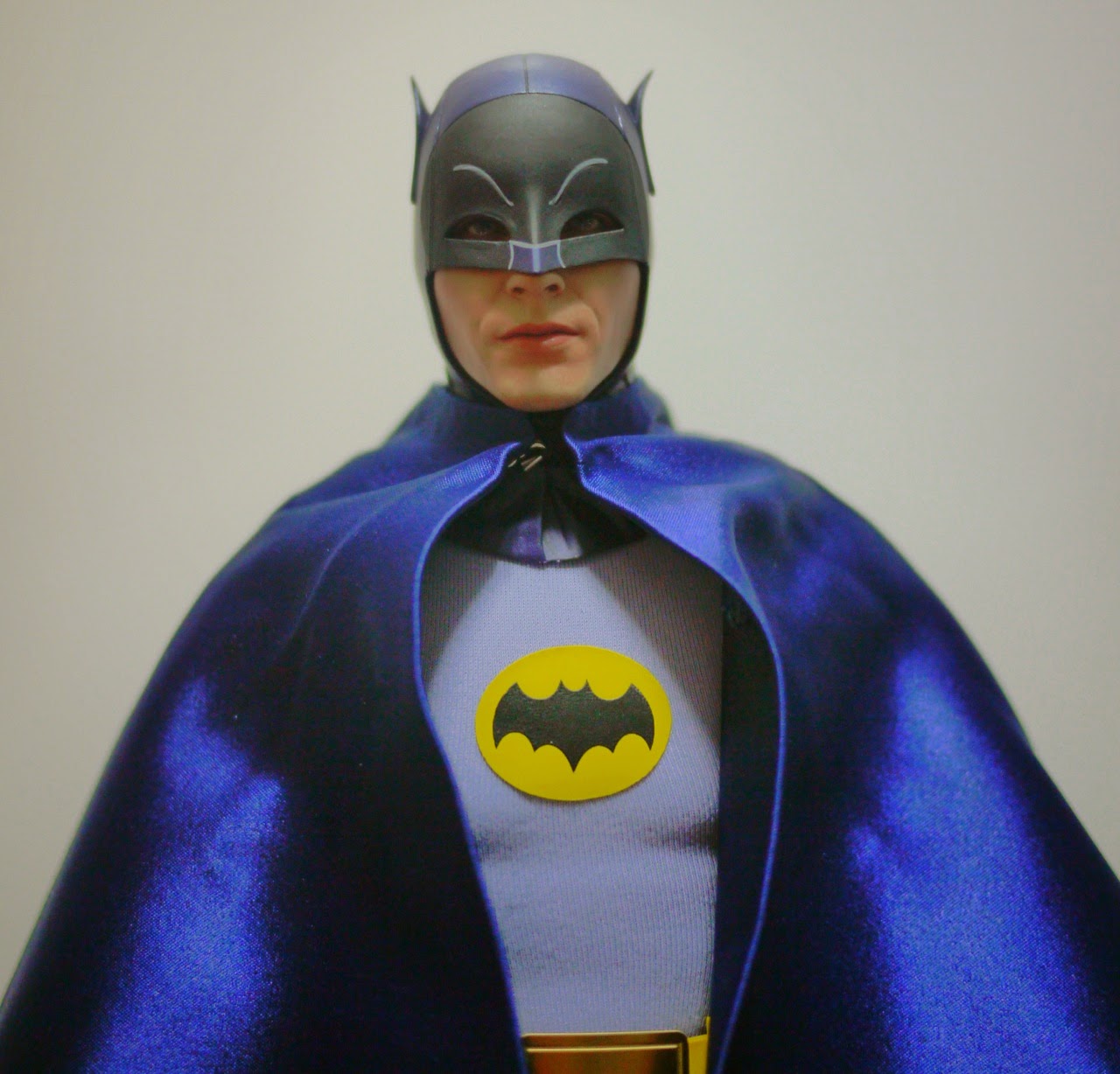 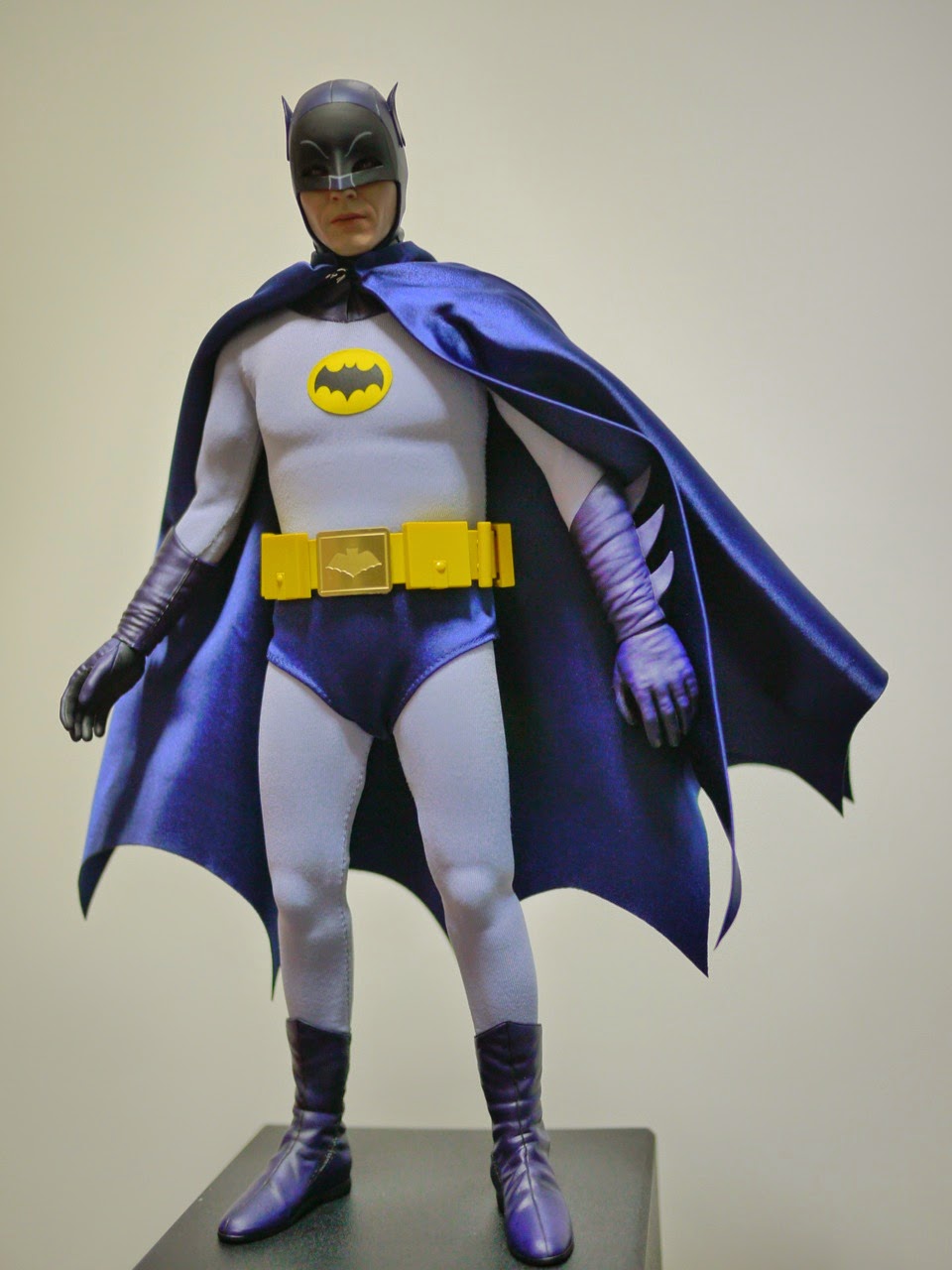 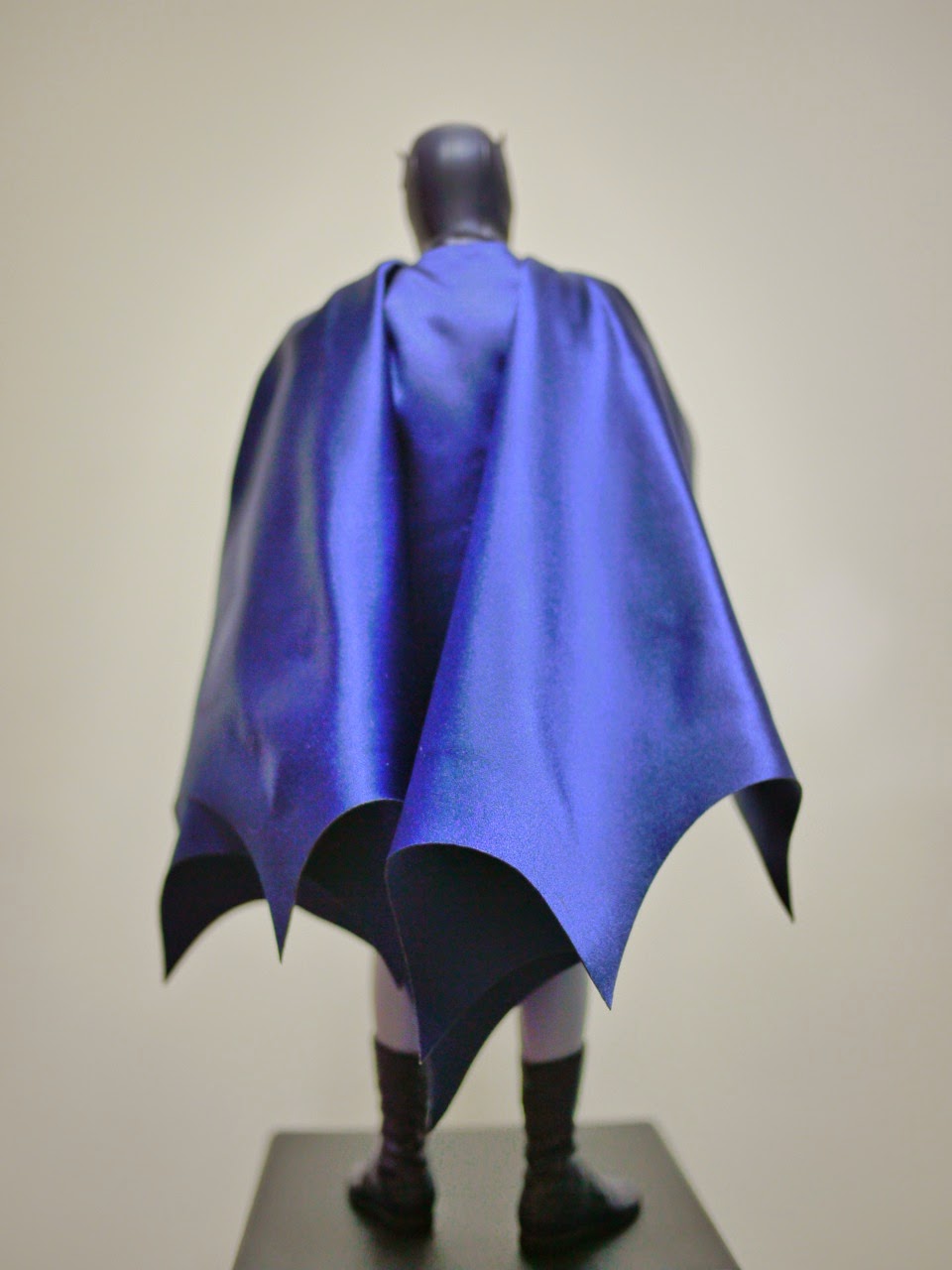 Everything is authentic about this figure and Hot Toys kept true to how it looks like on my Zenith TV back then. 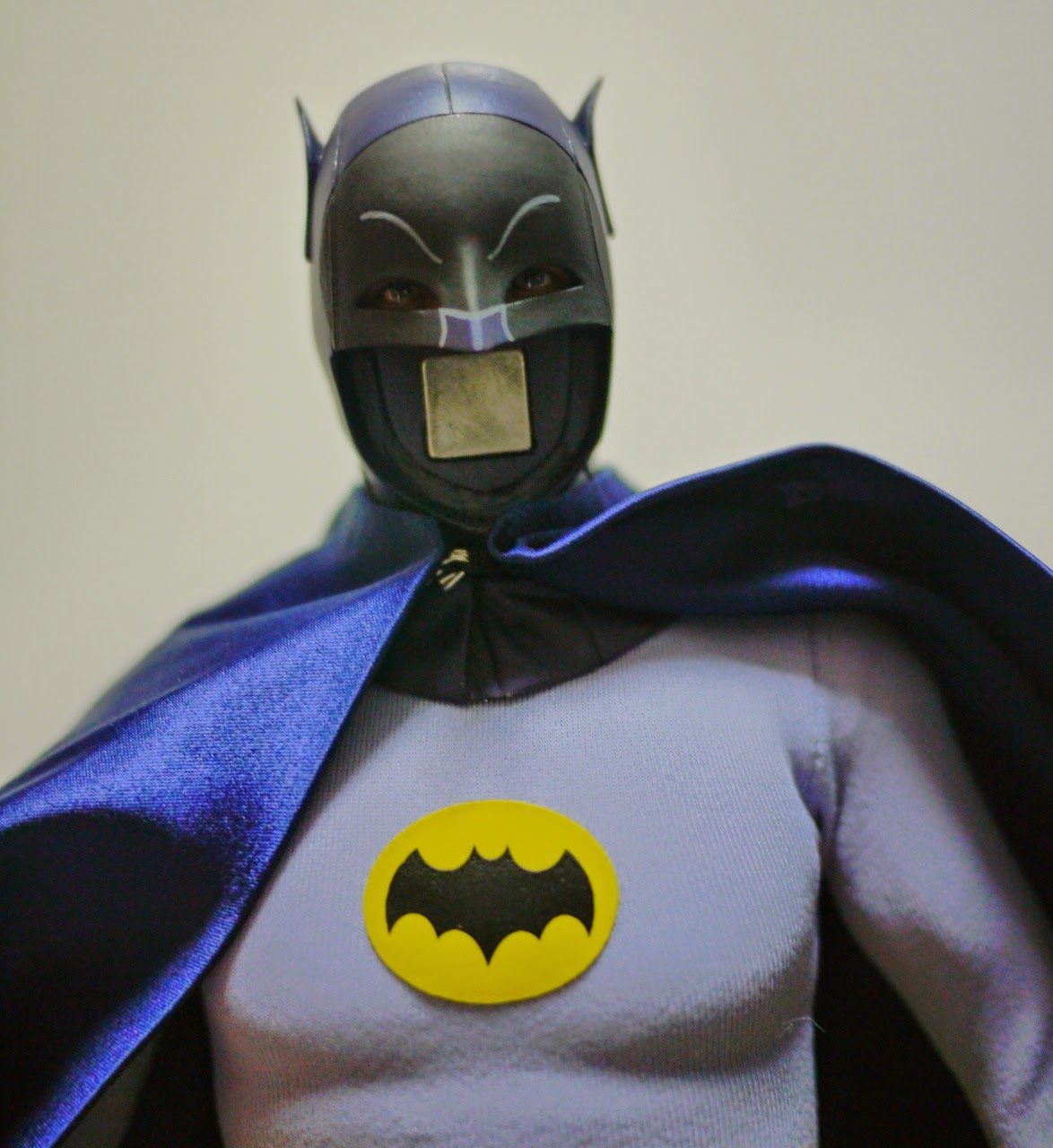 It comes with 3 sets of magnetic interchangeable facial expressions. 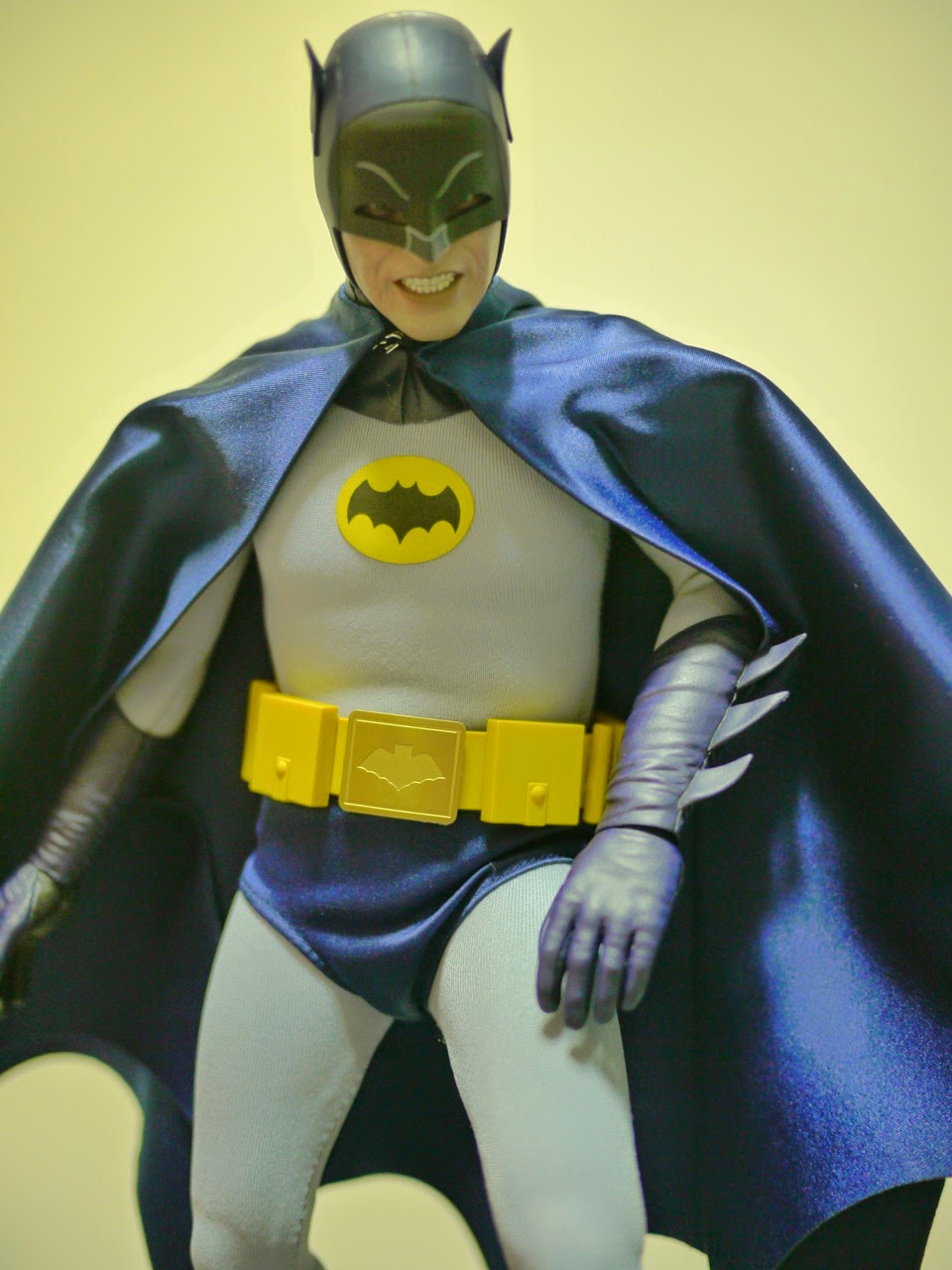 Batman is pissed that his pants has a thread pull on it...covered by his hands. Close up look at the face. 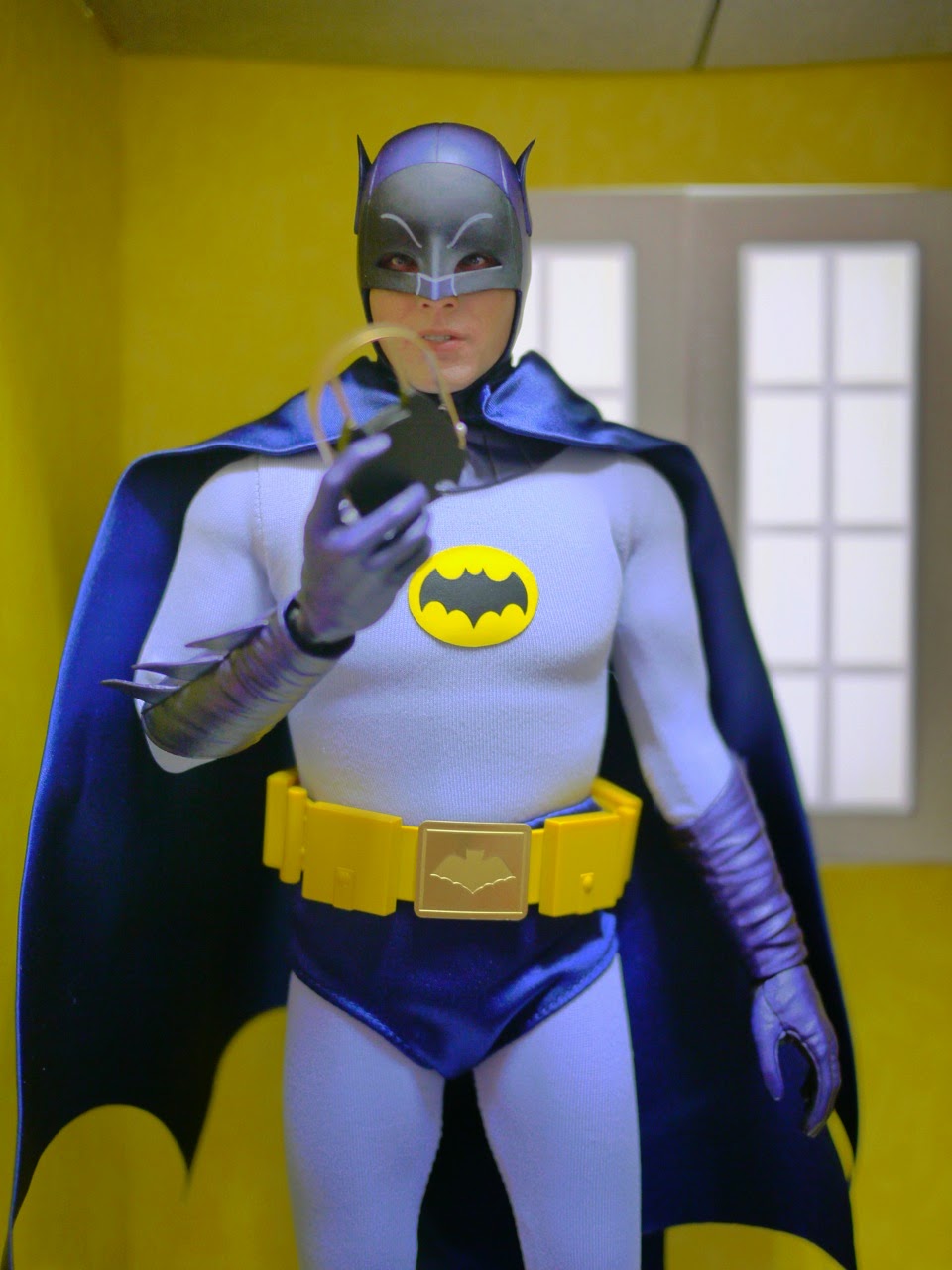 Batman on the bat radio : Robin! Get here quickly. I need you! 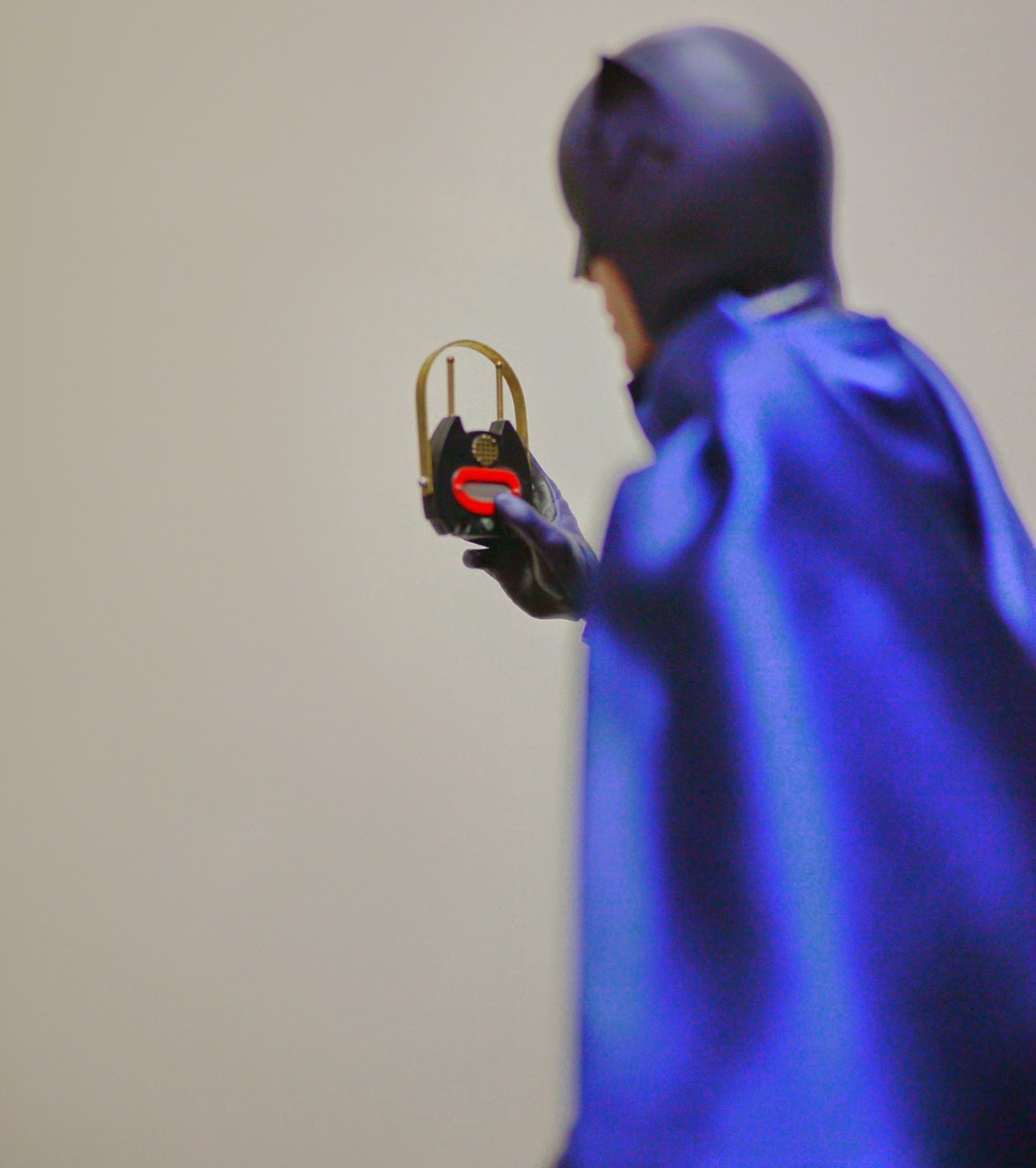 Enters Robin ....Played by Burt Ward. Robin back then was affectionately known as the Boy Wonder. 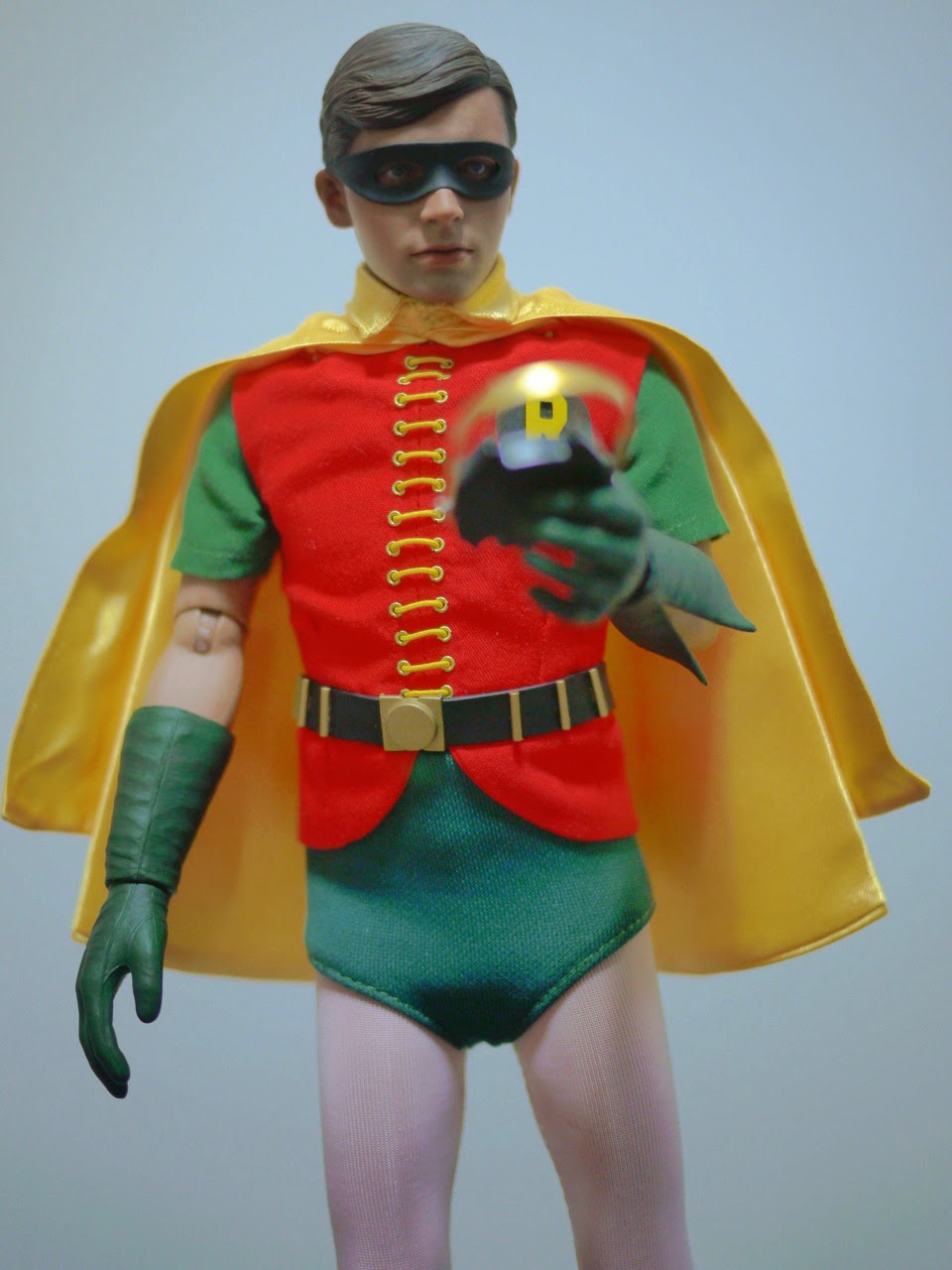 Holy Guacamole! Batman is calling me! 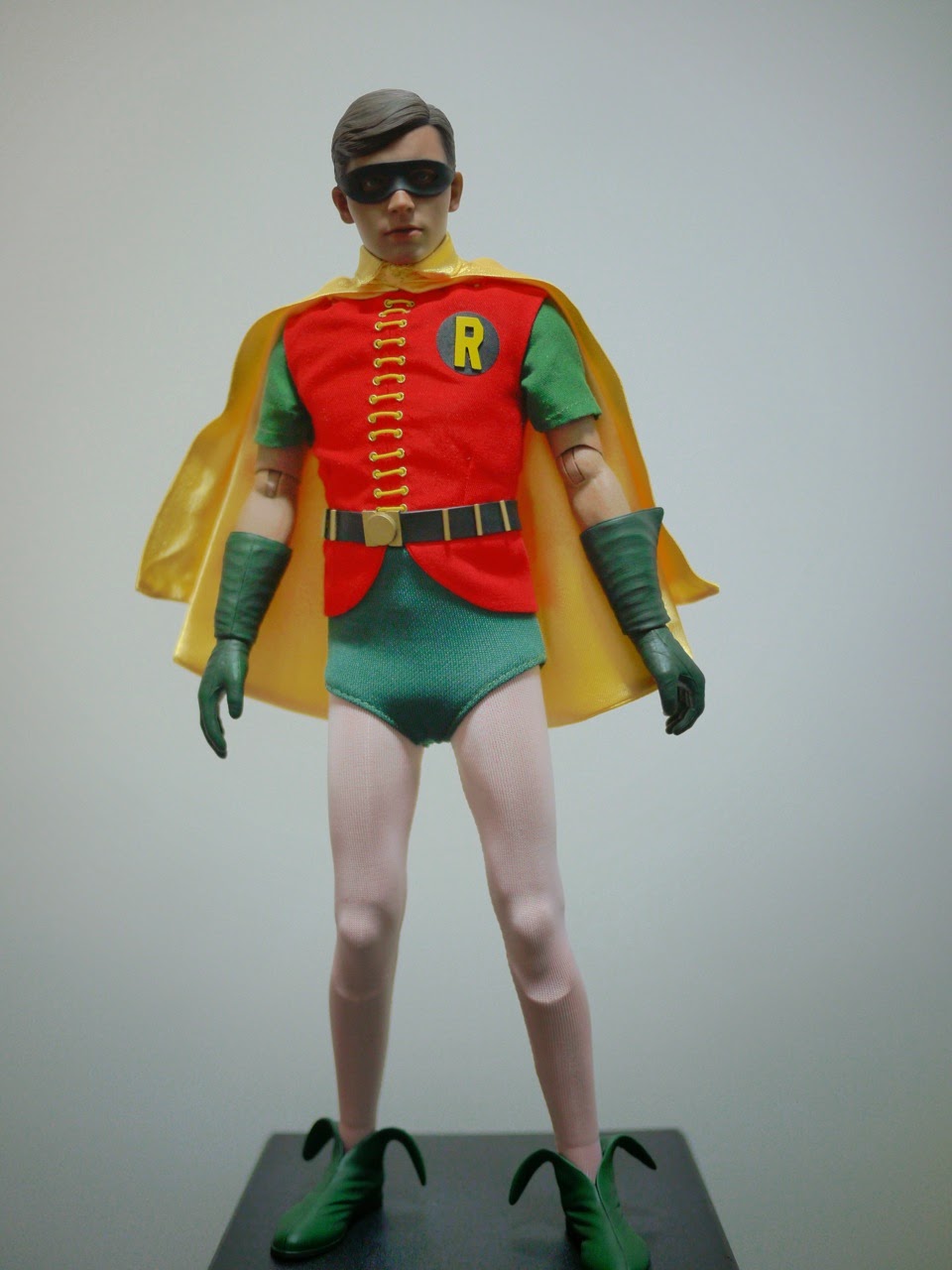 If you ask me, Robin is a must if you get Batman; the dynamic duo, and no they are each sold separately, no twin pack! No interchangeable expression for him and he comes with fewer accessories. 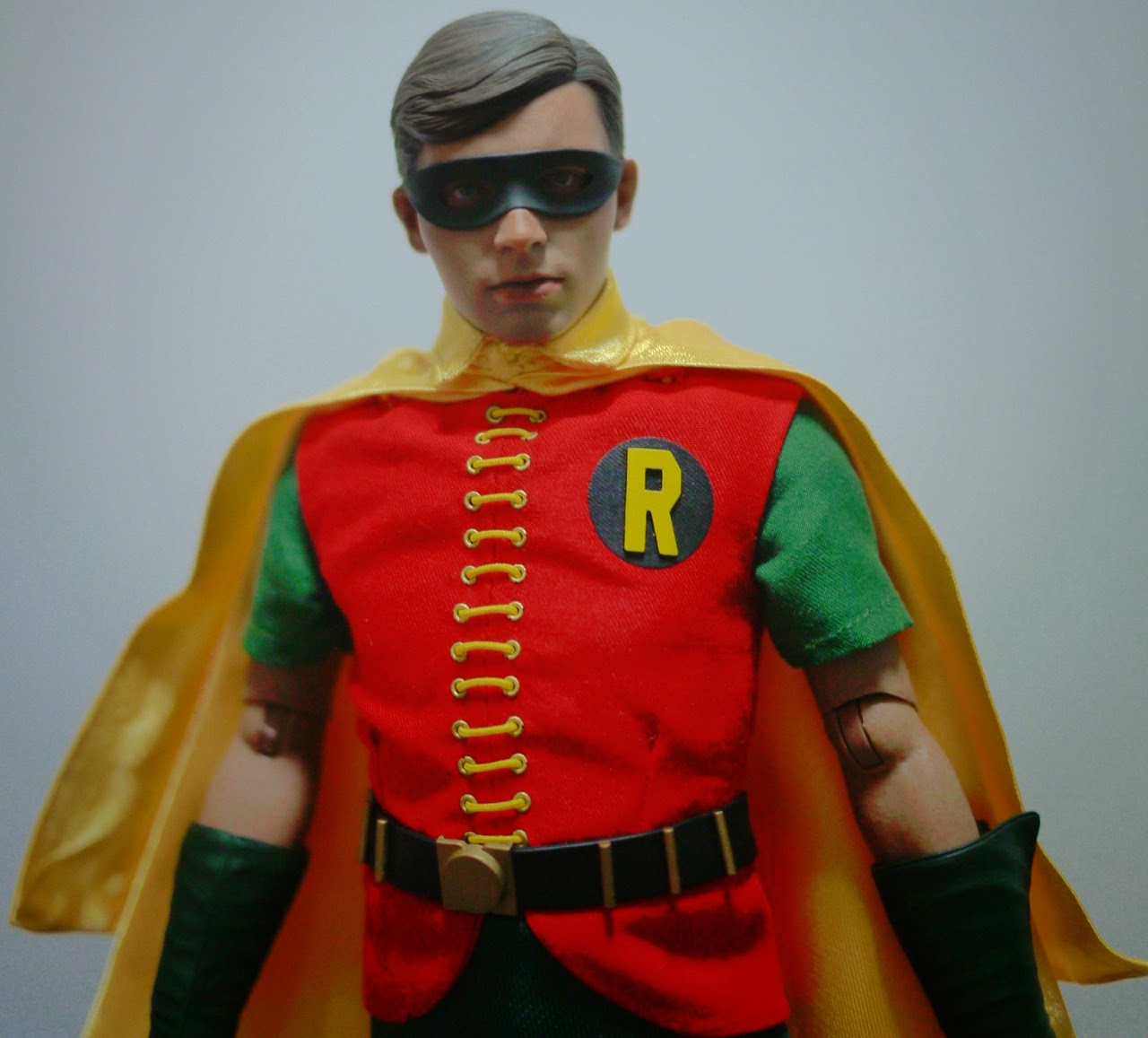 And no, the mask can't be remove.  Never take off mask... Best stay that way. Oops, wrong movie. 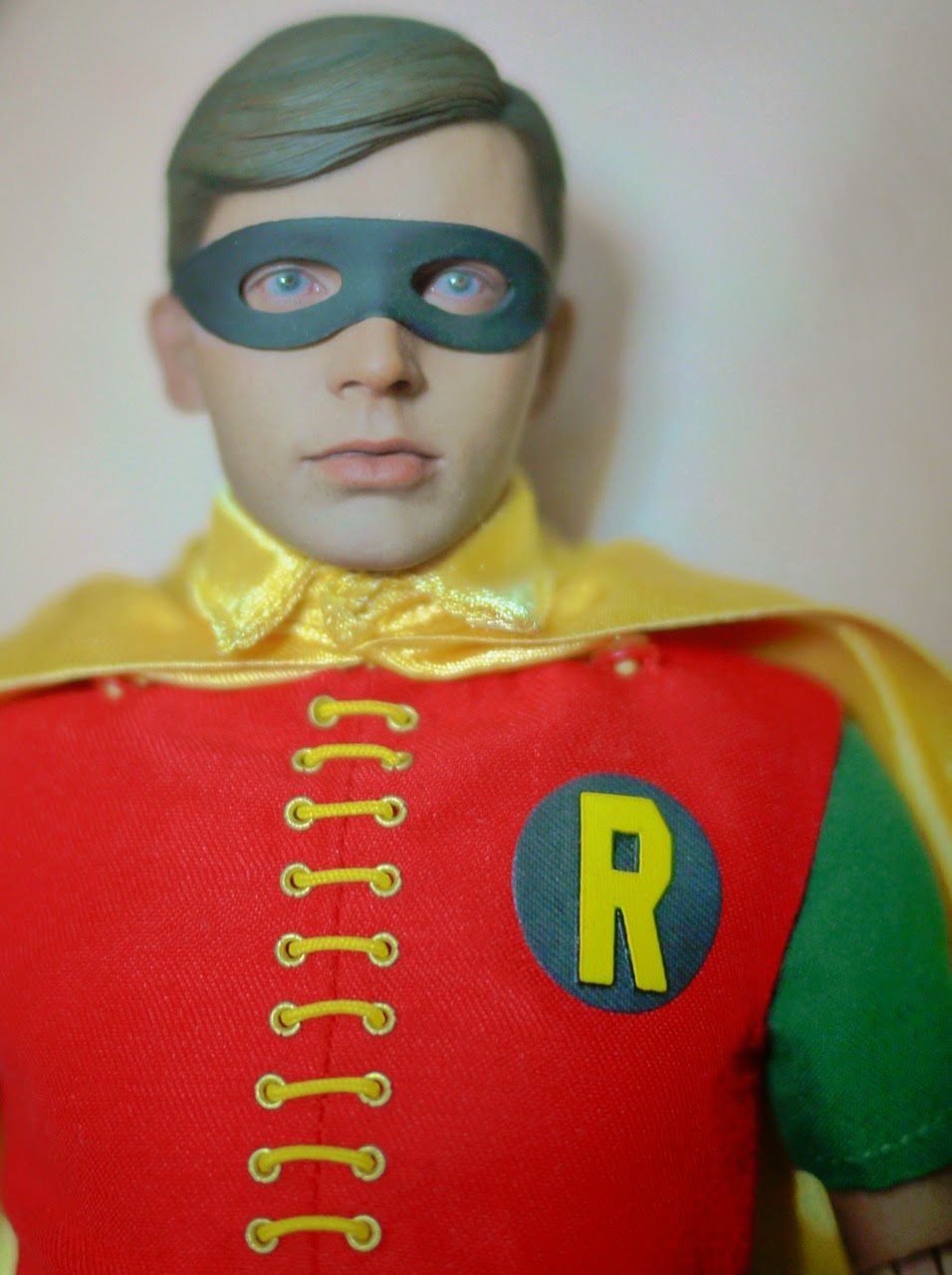 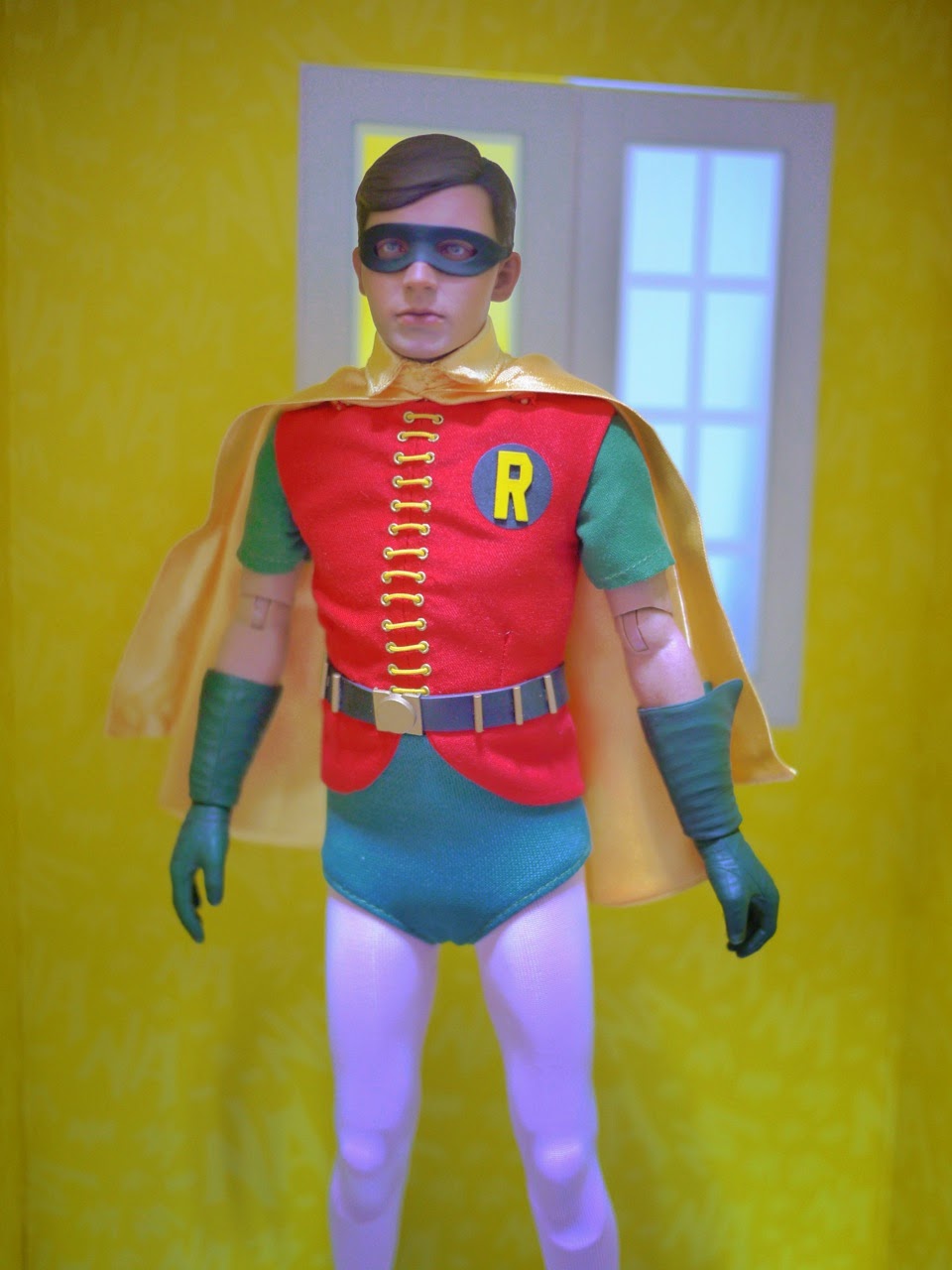 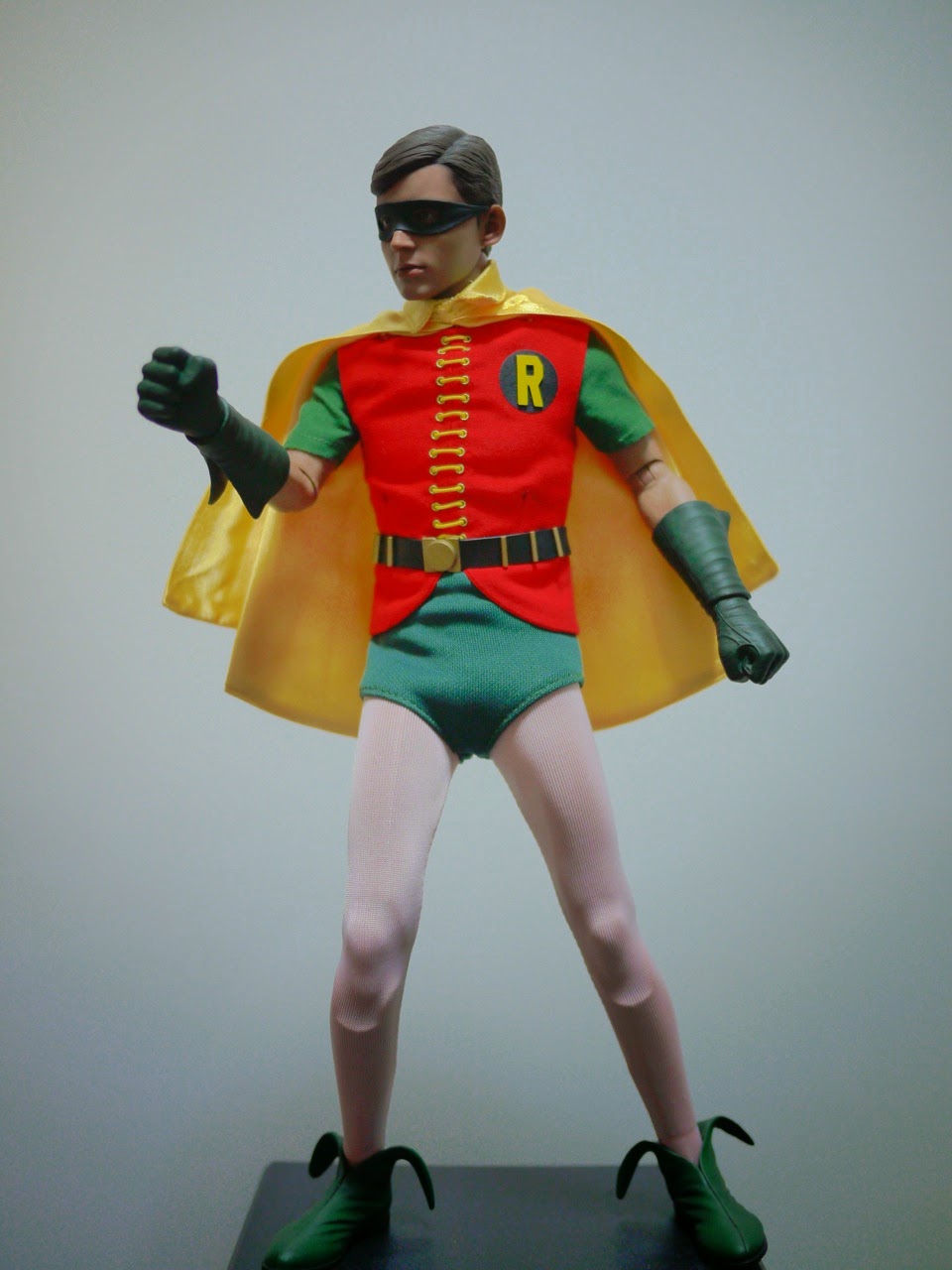 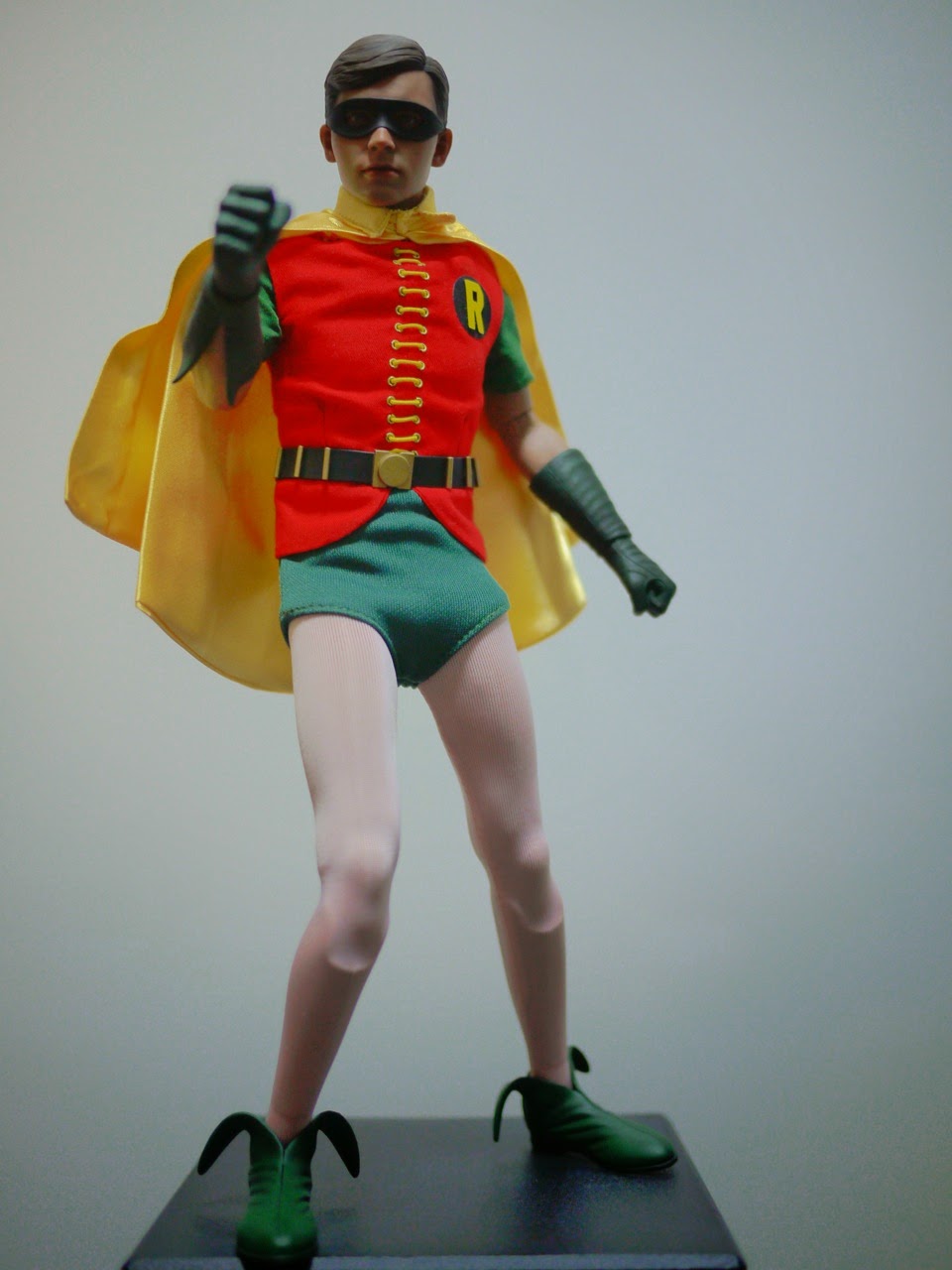 Now, tell me this is not well-made? Look at every single part. 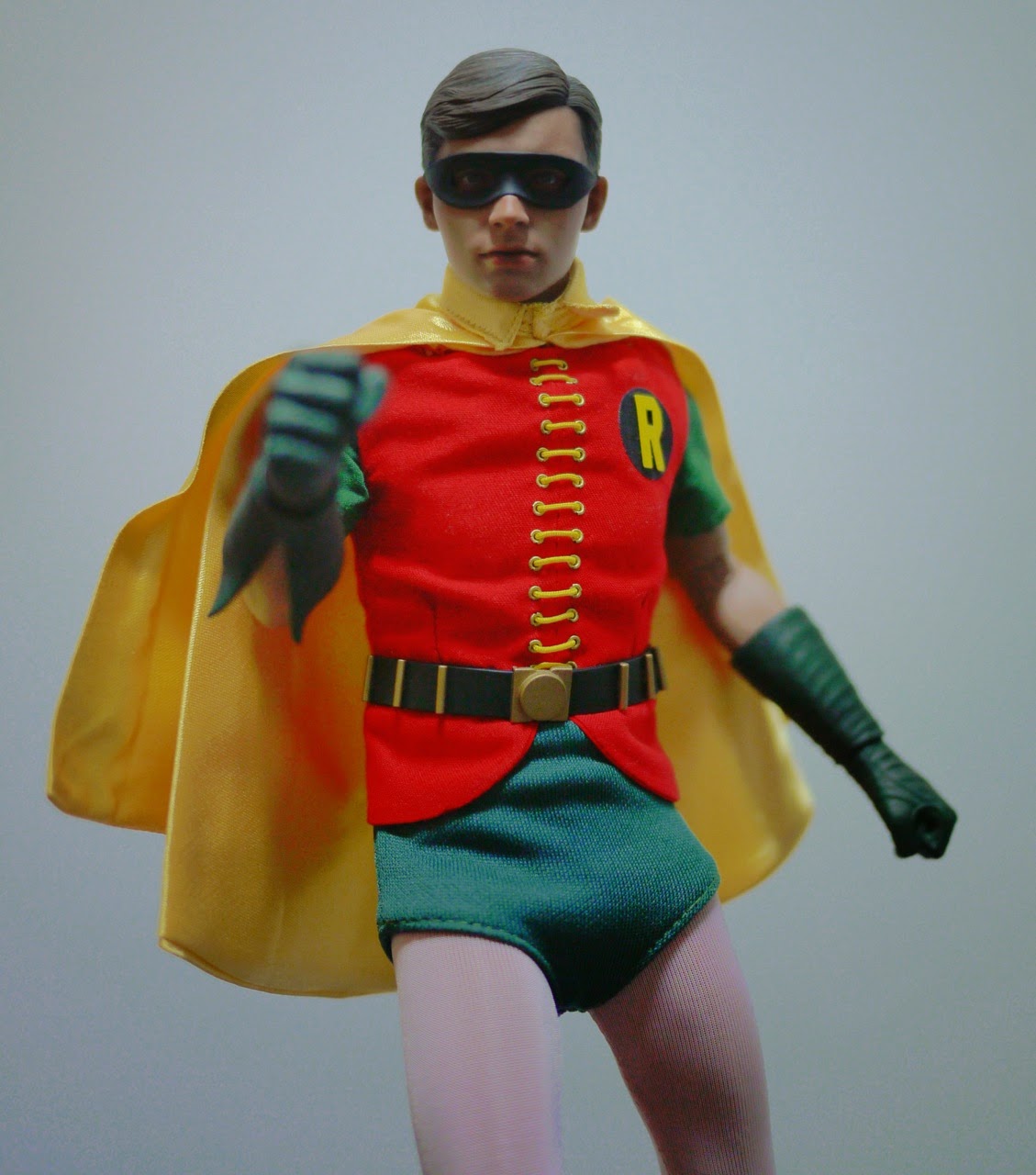 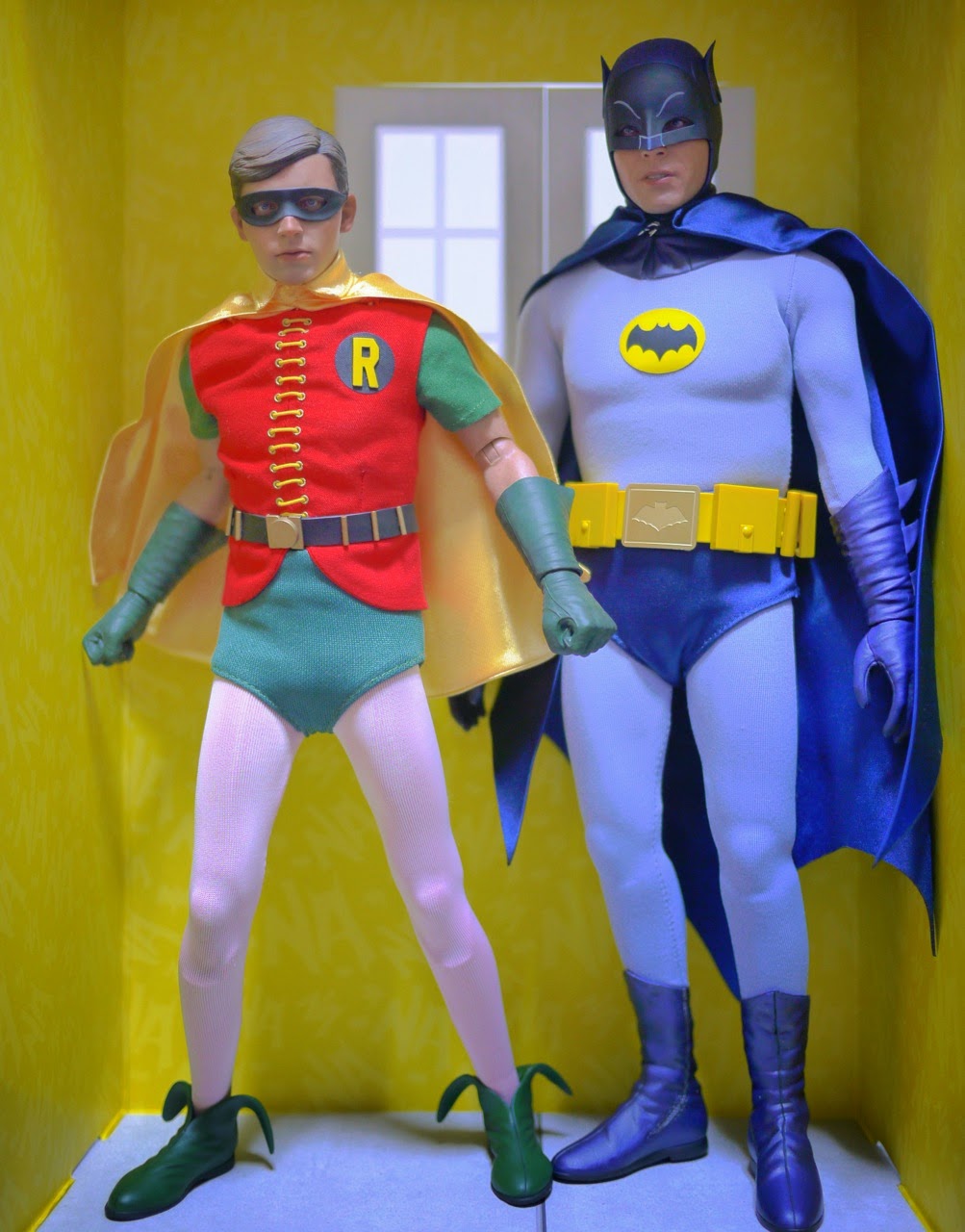 Next, perhaps some Wham Bam Kapow! as I find time to explore the accessories. The feel could be dated but definitely not jaded.
Posted by Jonloh at 12:36 AM