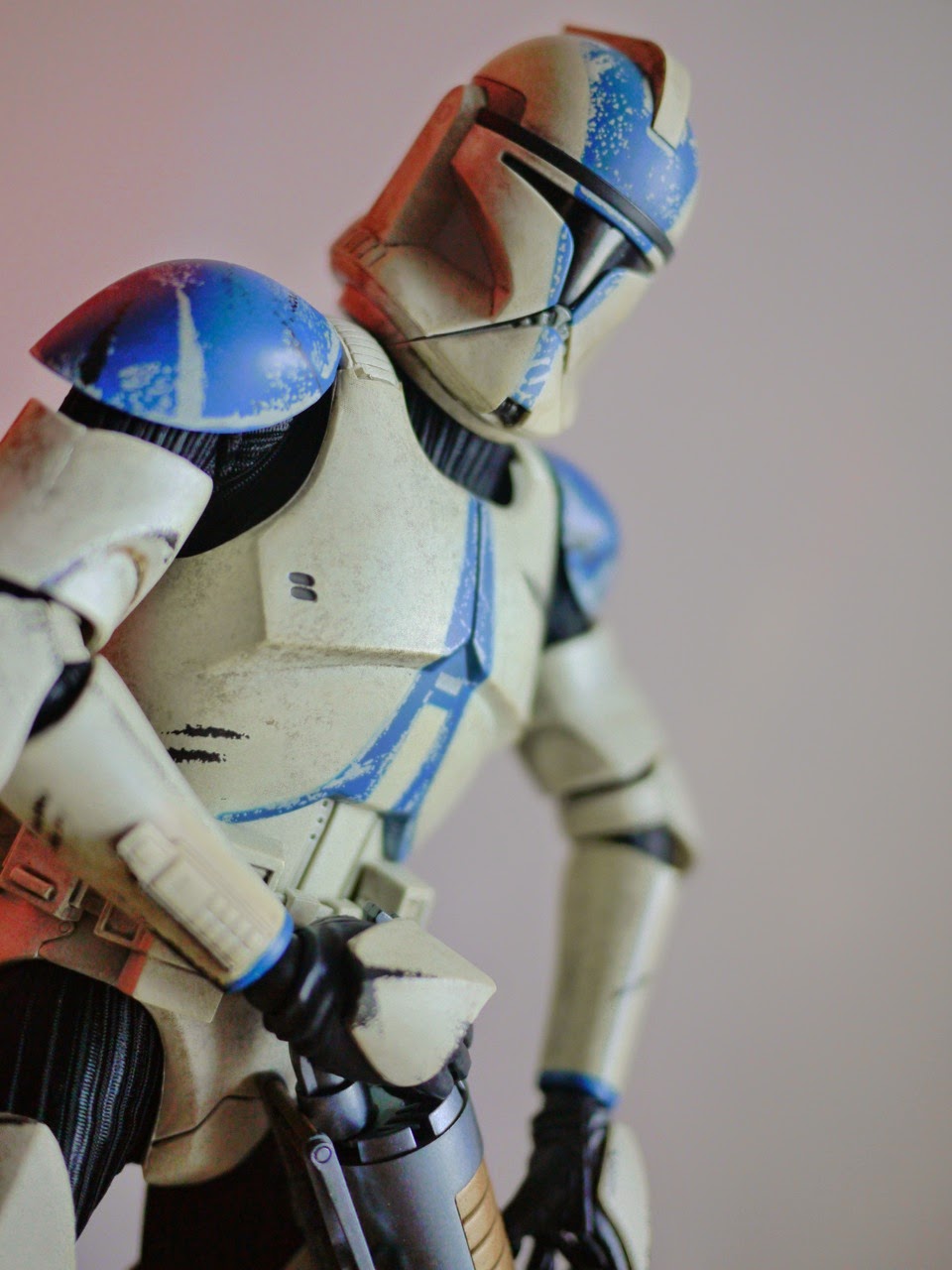 They are known as Vader's Fist and the information can be read here. Basically, the 501st was led by Anakin Skywalker and his trusty commander, Captain Rex.

There are those who will say that Sideshow is milking collectors with reusing its mould. Well, that's life and it's a choice to get or not. 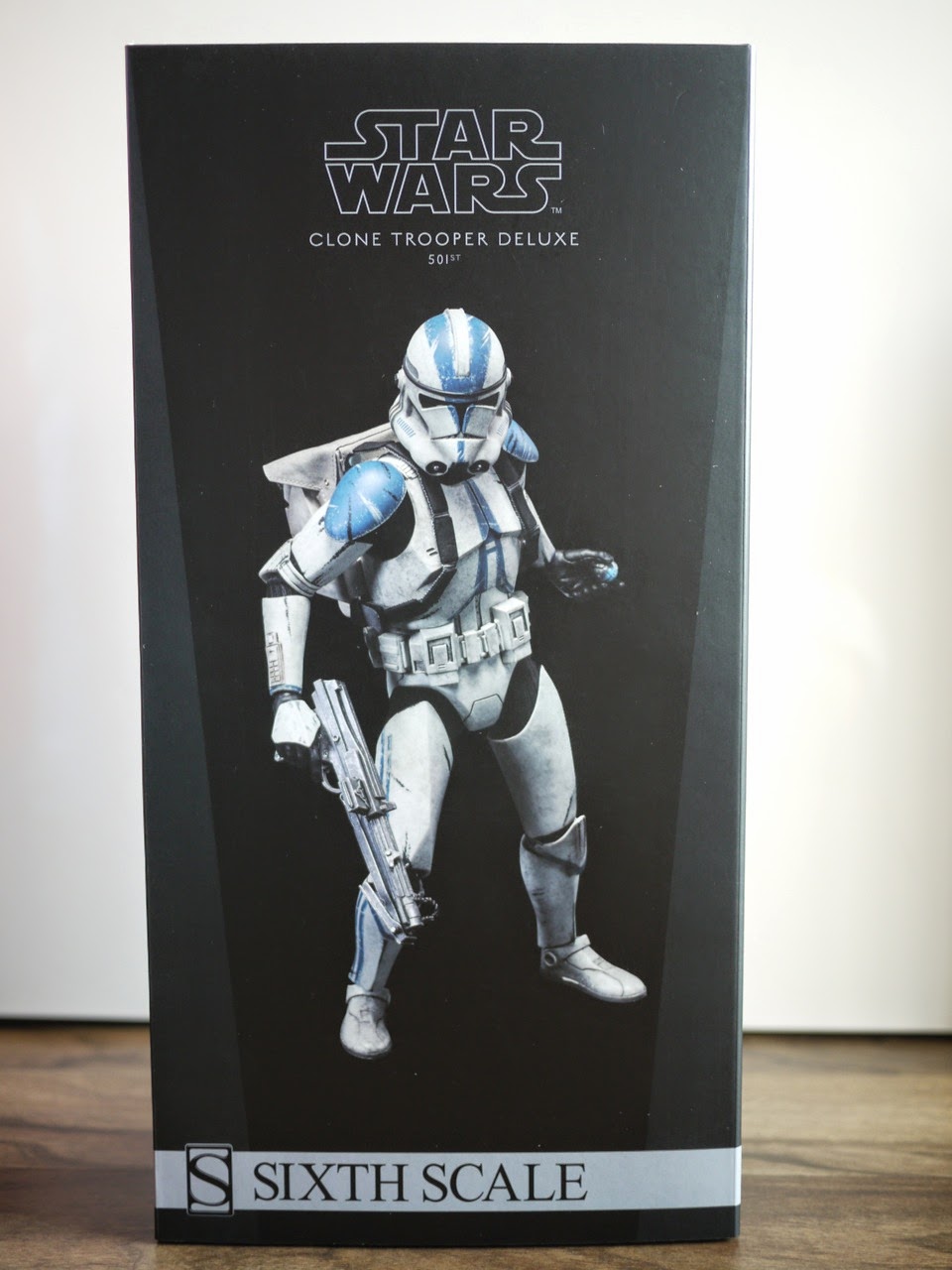 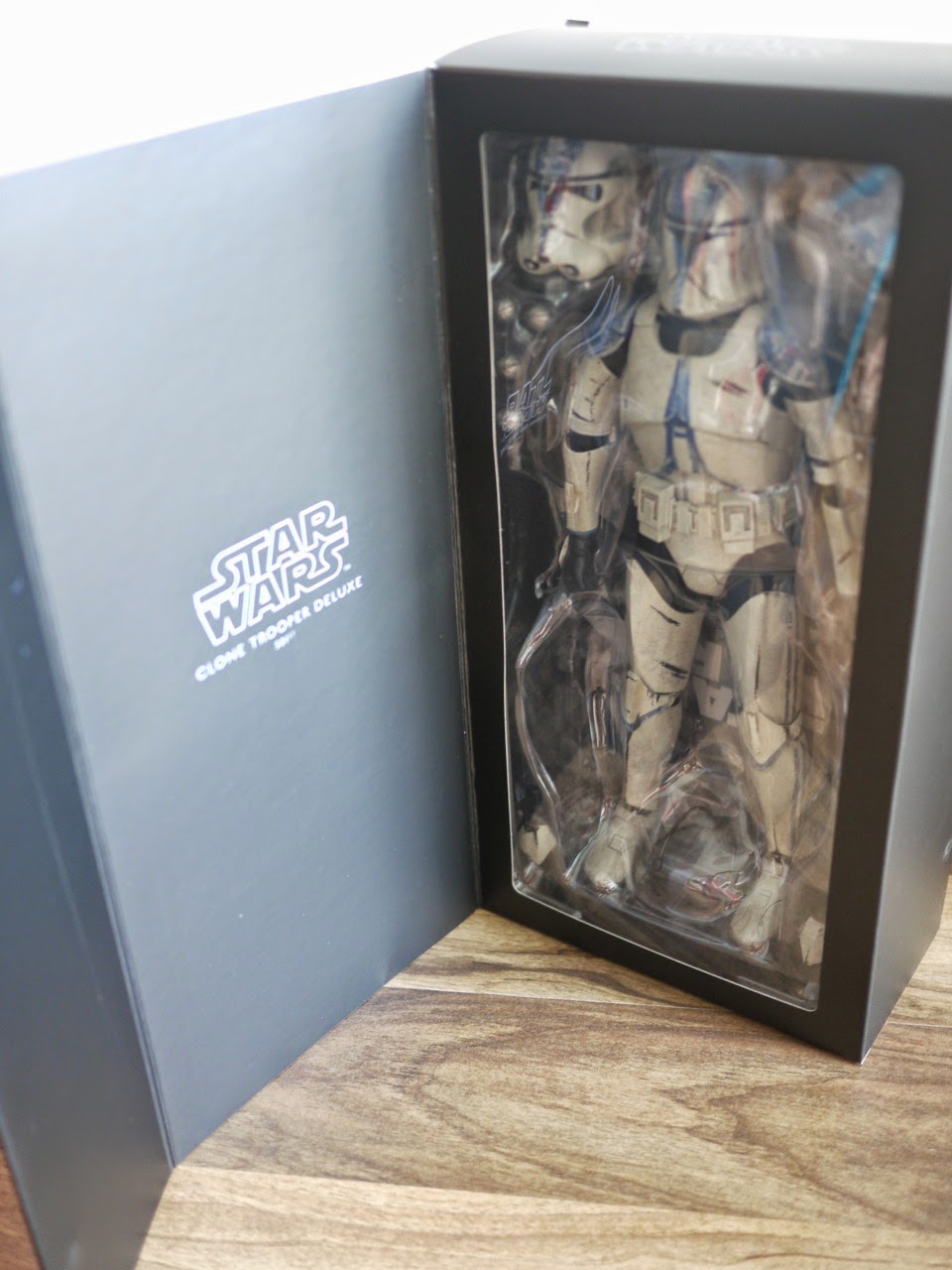 I was pleasantly surprised that despite the amount of accessories packed into this, Sideshow managed to reduce the packaging footprint. Must have learned something from Ikea. 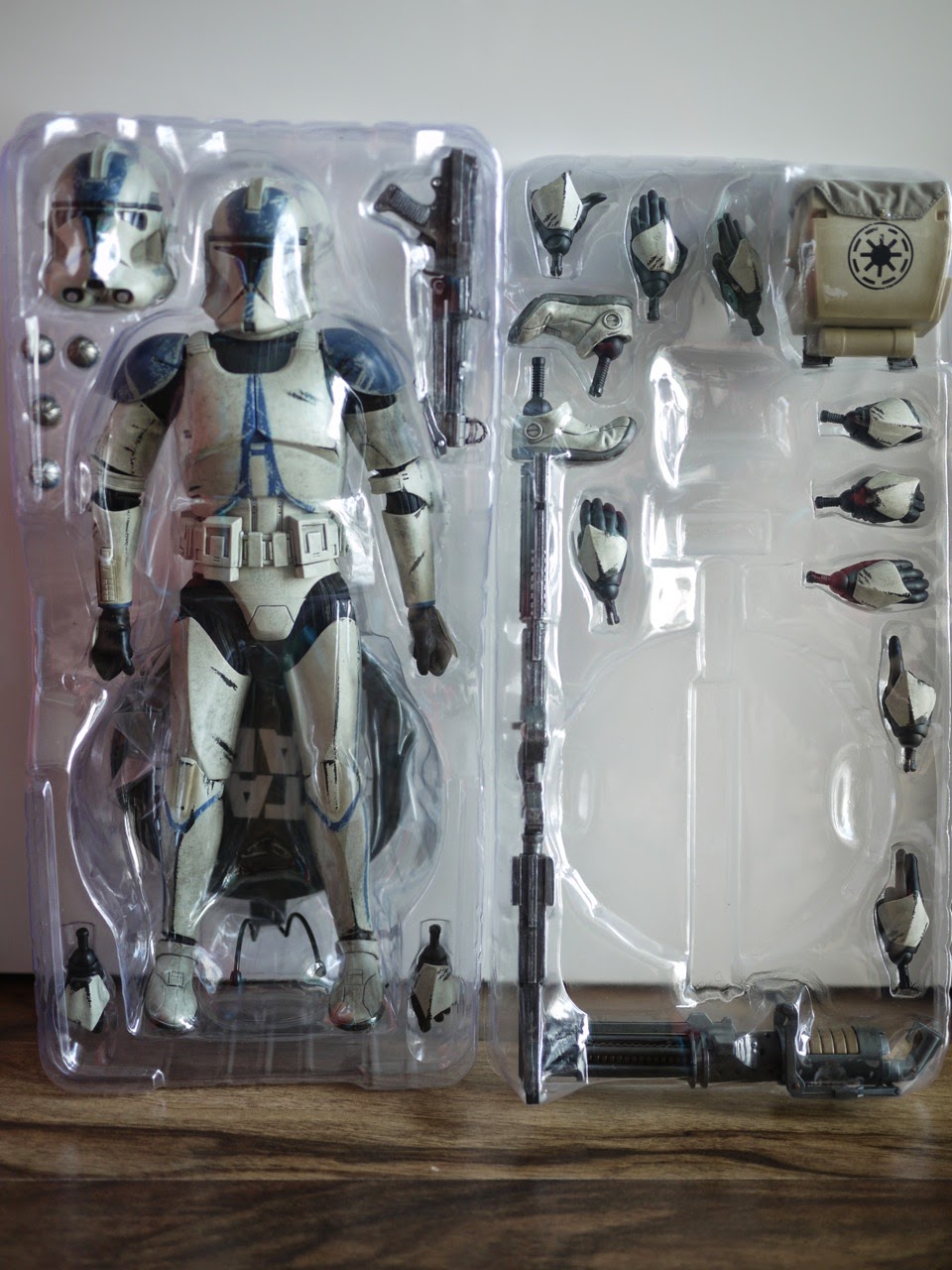 This set is really a deluxe set and they actually did for most of the troopers. Shiny, regular clone, 212nd, 501st and going to release 104th! Milk anyone? 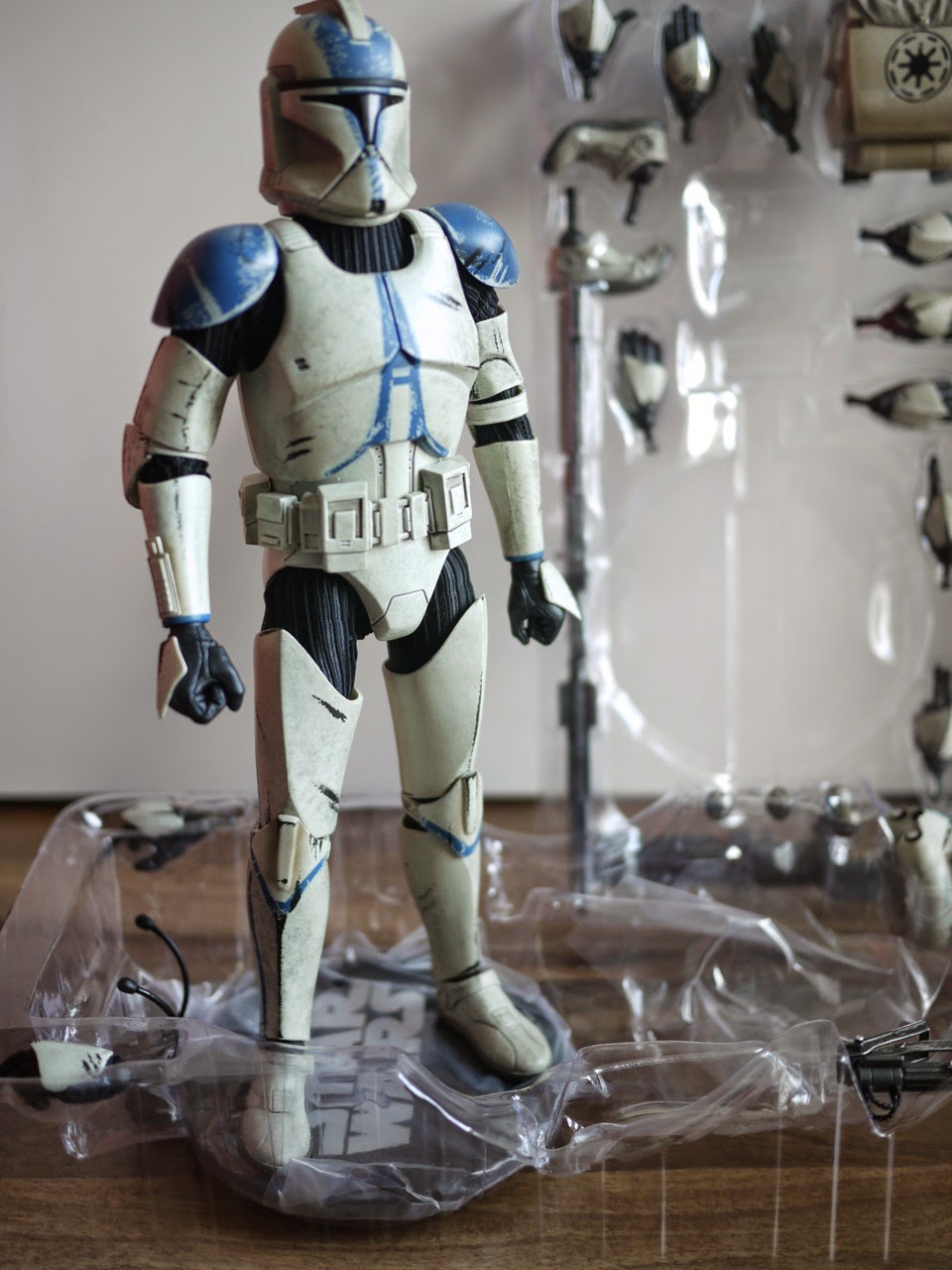 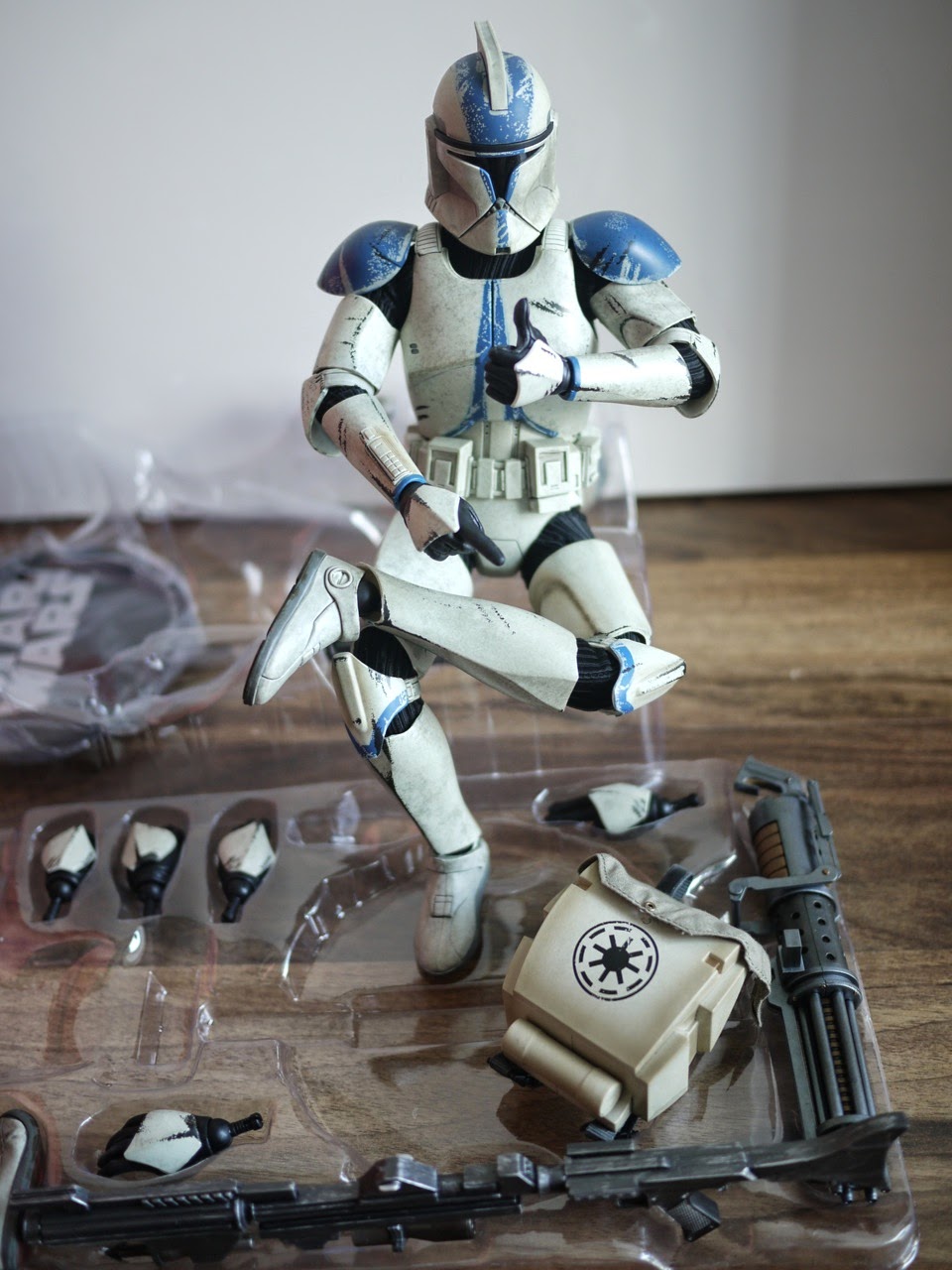 So, what's so deluxe about deluxe?

Good enough for me. 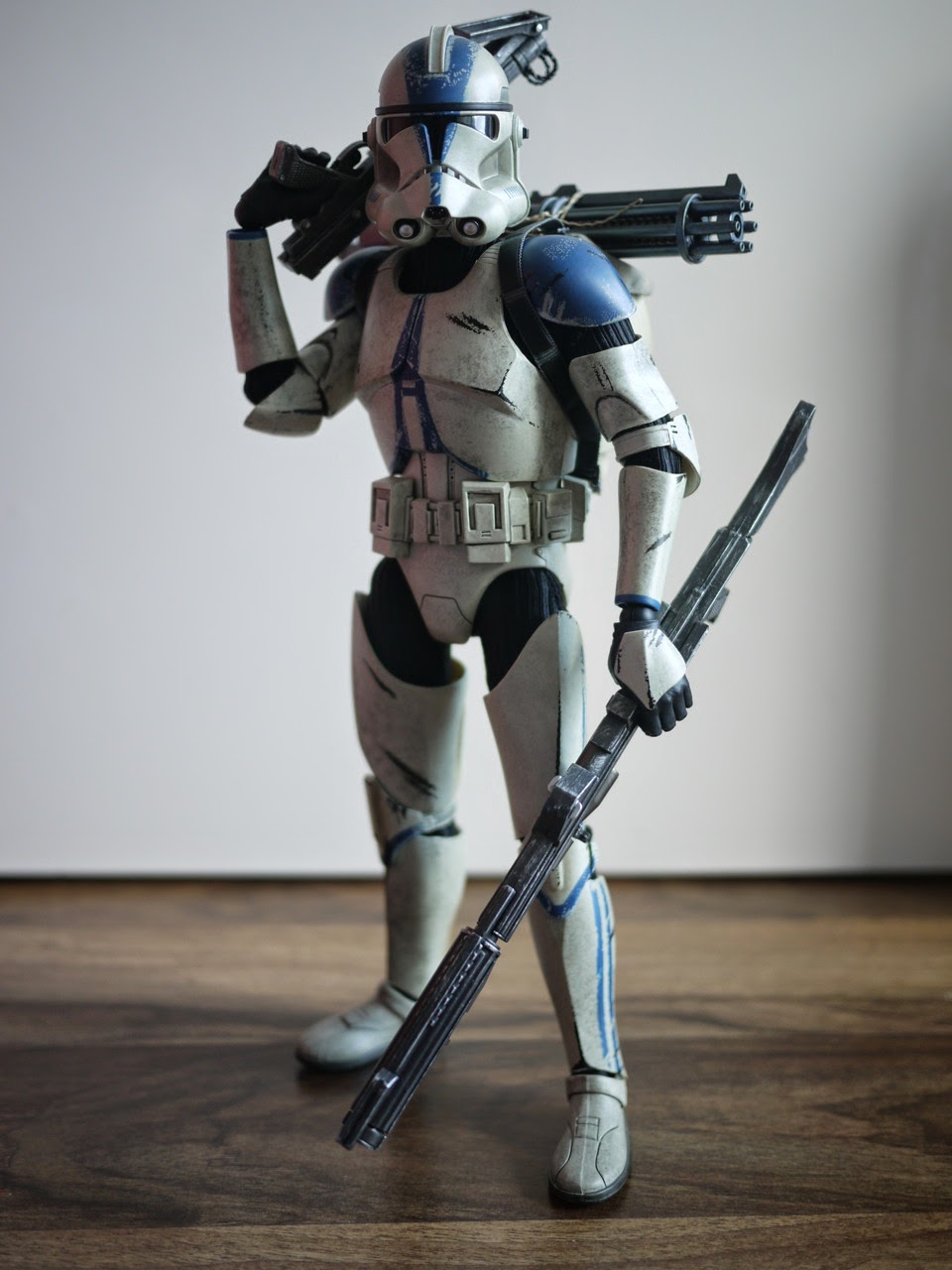 This is the look that got me sold and thus, this is the first pose I managed for the shoot. This guy really represented the Grand Army of the Republic (GAR) well with his arsenal of weapons. 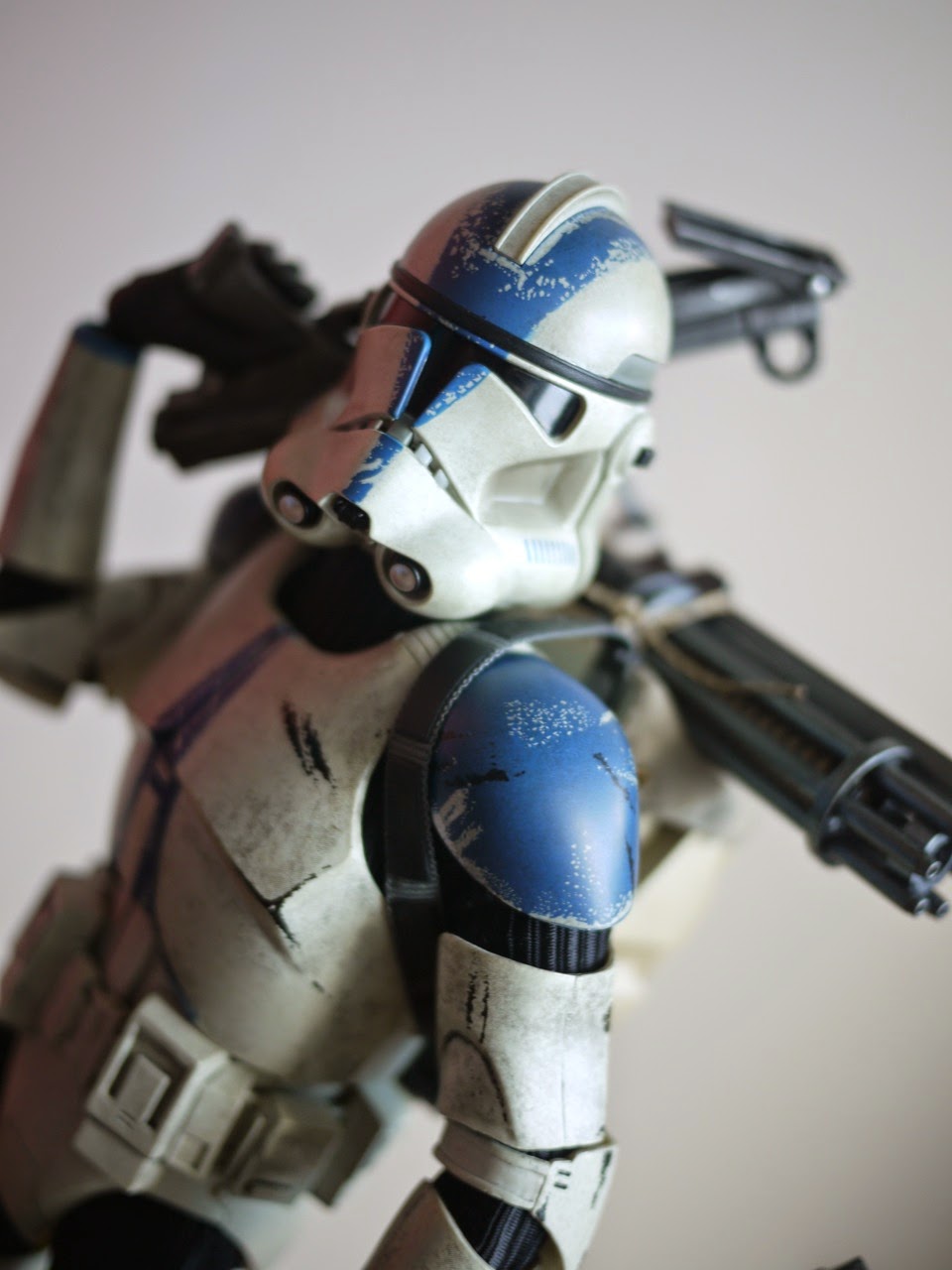 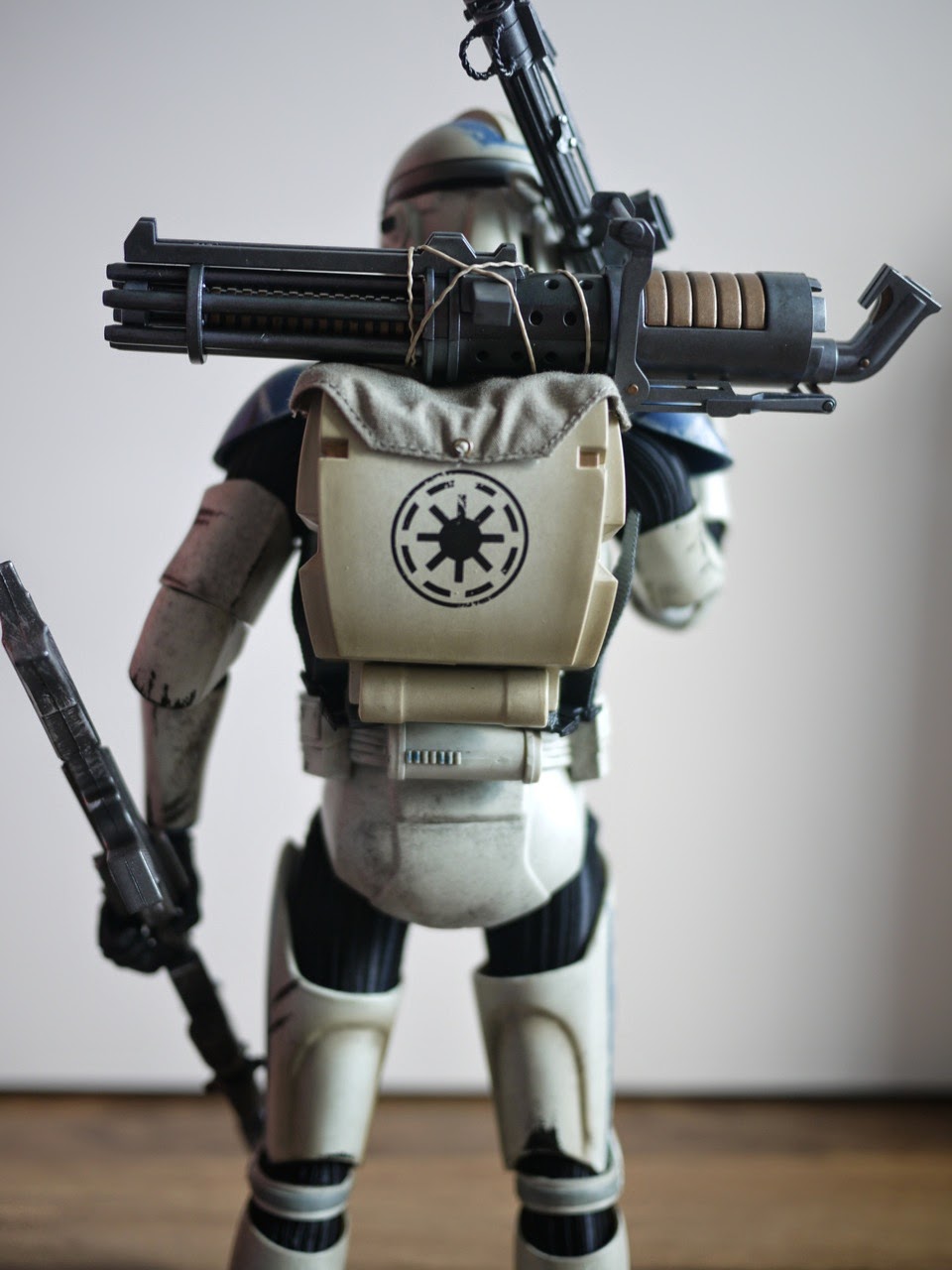 I managed to tie the rotary blaster cannon on top of the backpack because without tying, it will not stay in place. 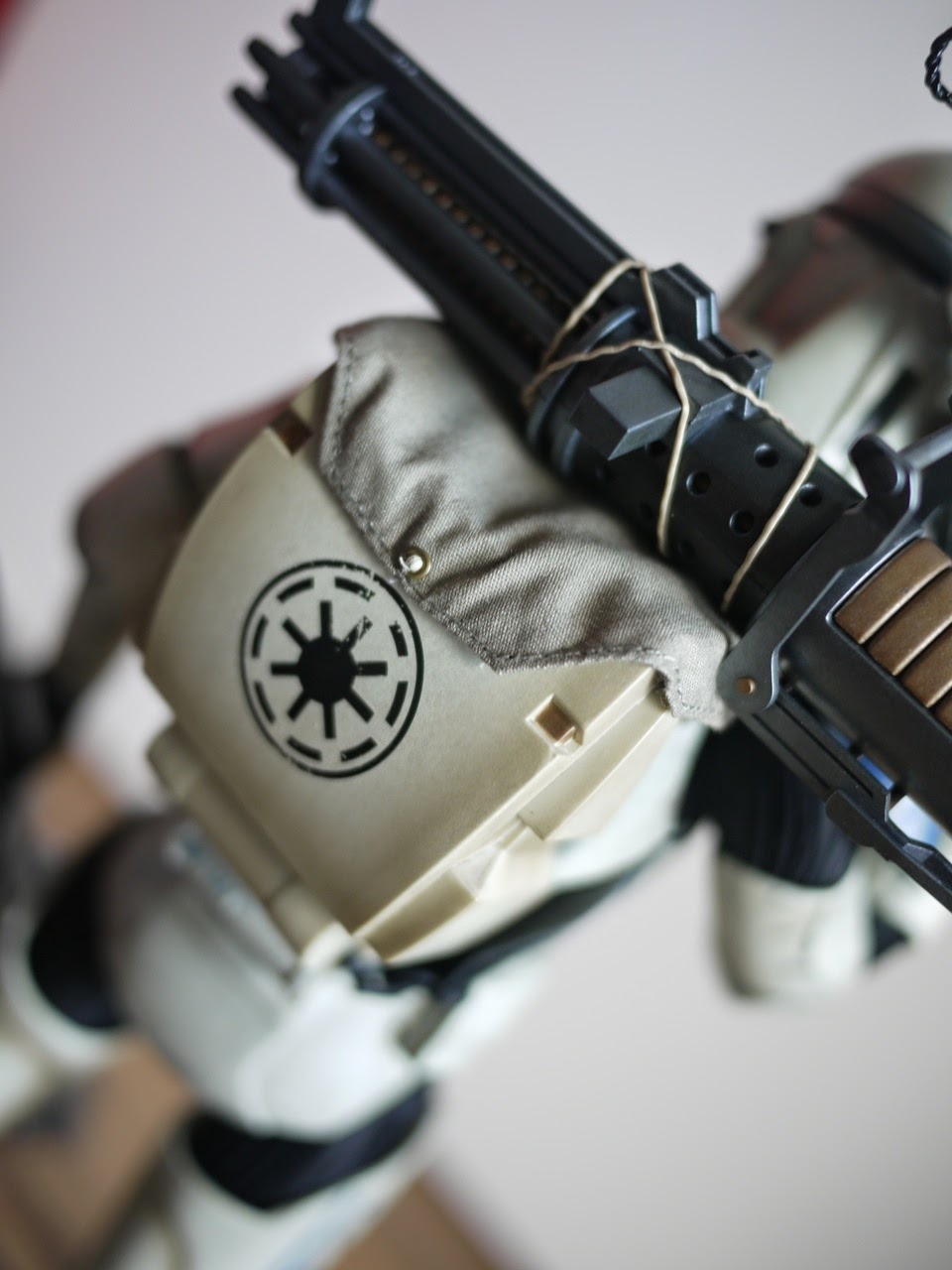 The GAR backpack that was first featured in the animated movie where Rotta, Jabba's son, was kidnapped and Anakin and Asoka tried to get him back to Jabba. Rotta sat nicely inside the backpack. The backpack comes with a fabric covers that can be opened and is held down with 3 fastener pegs. 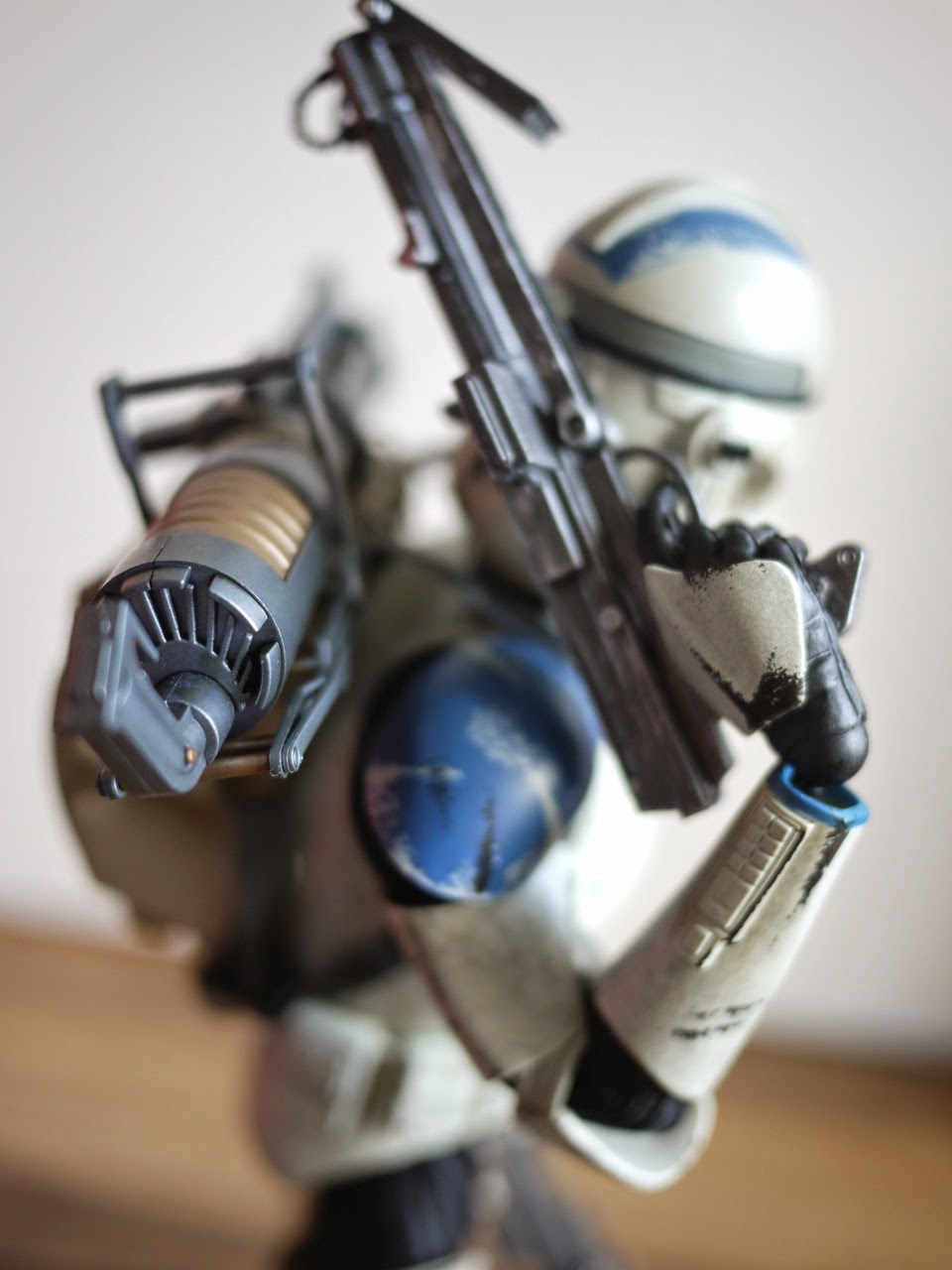 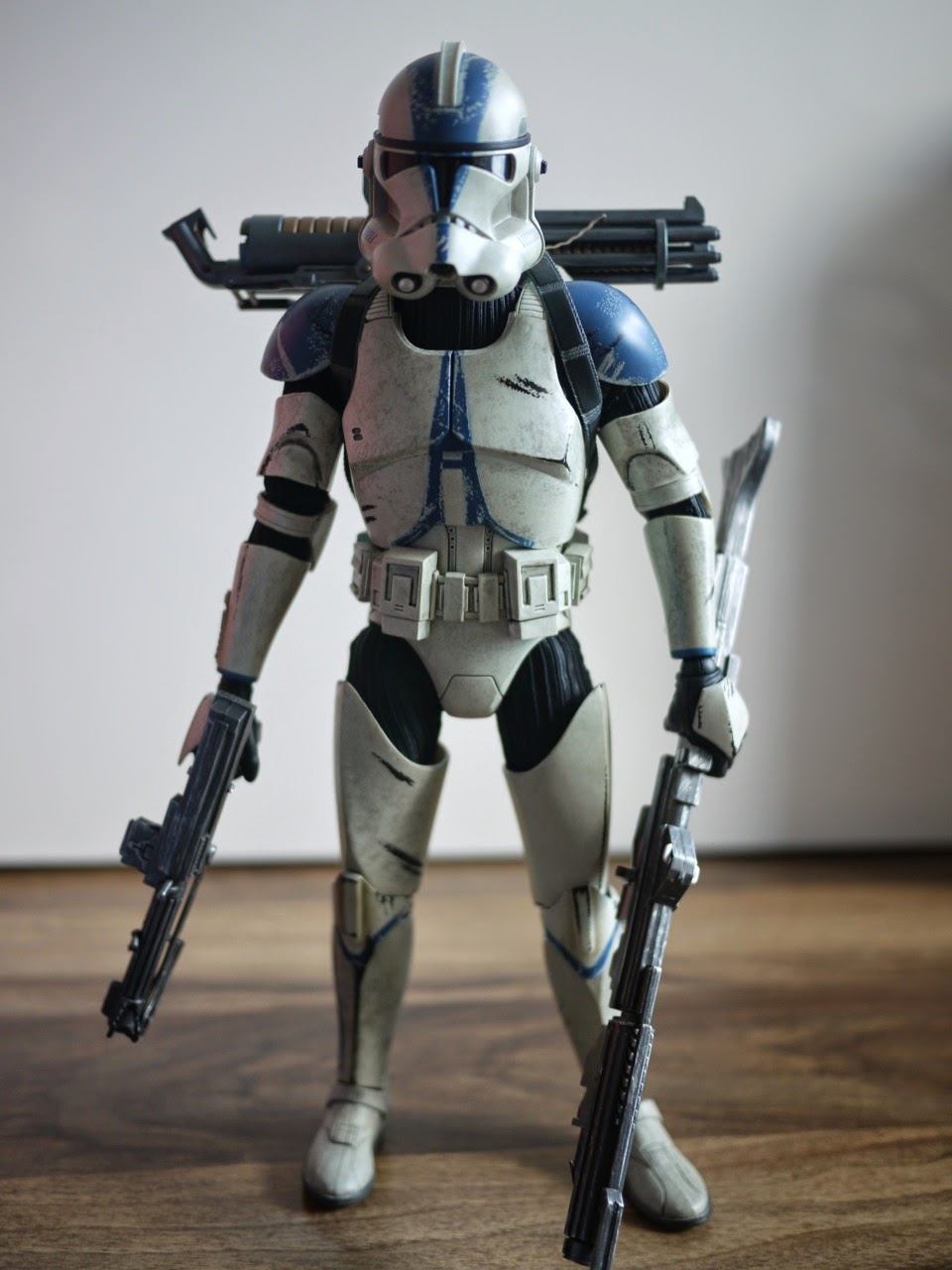 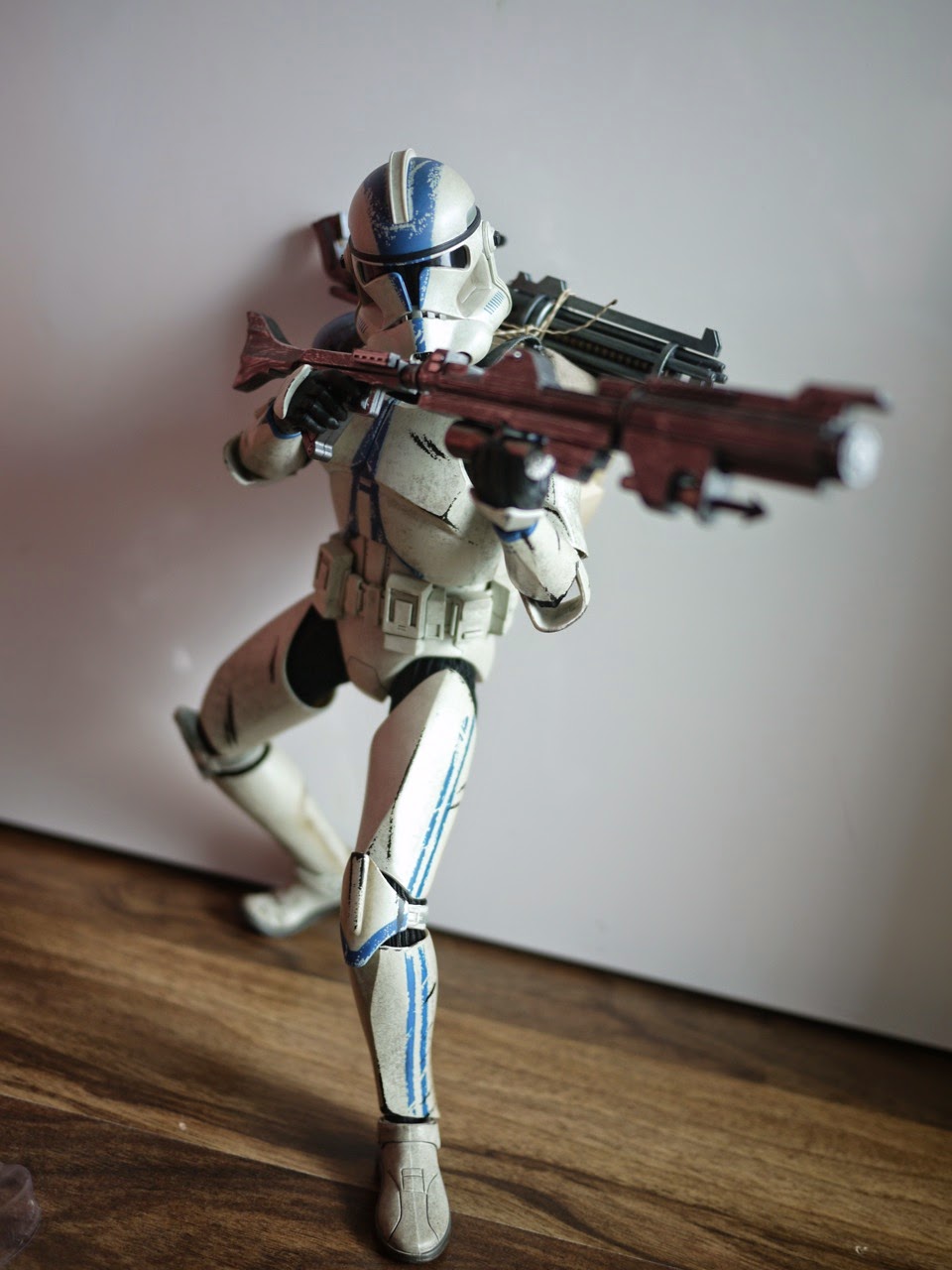 Erm, the CG issue is still apparent in this trooper and getting him to stand still is difficult enough, so what more with a dynamic pose? 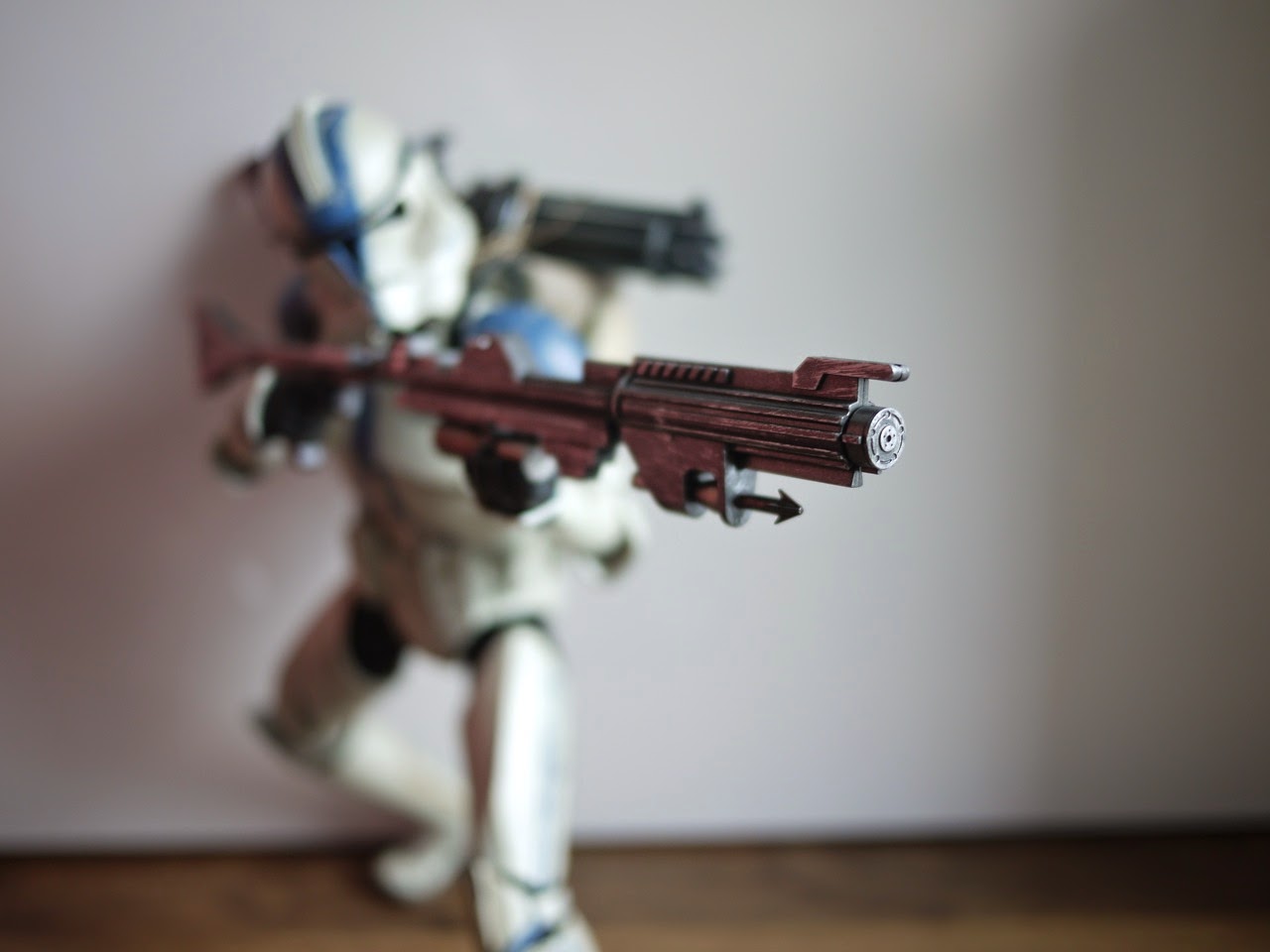 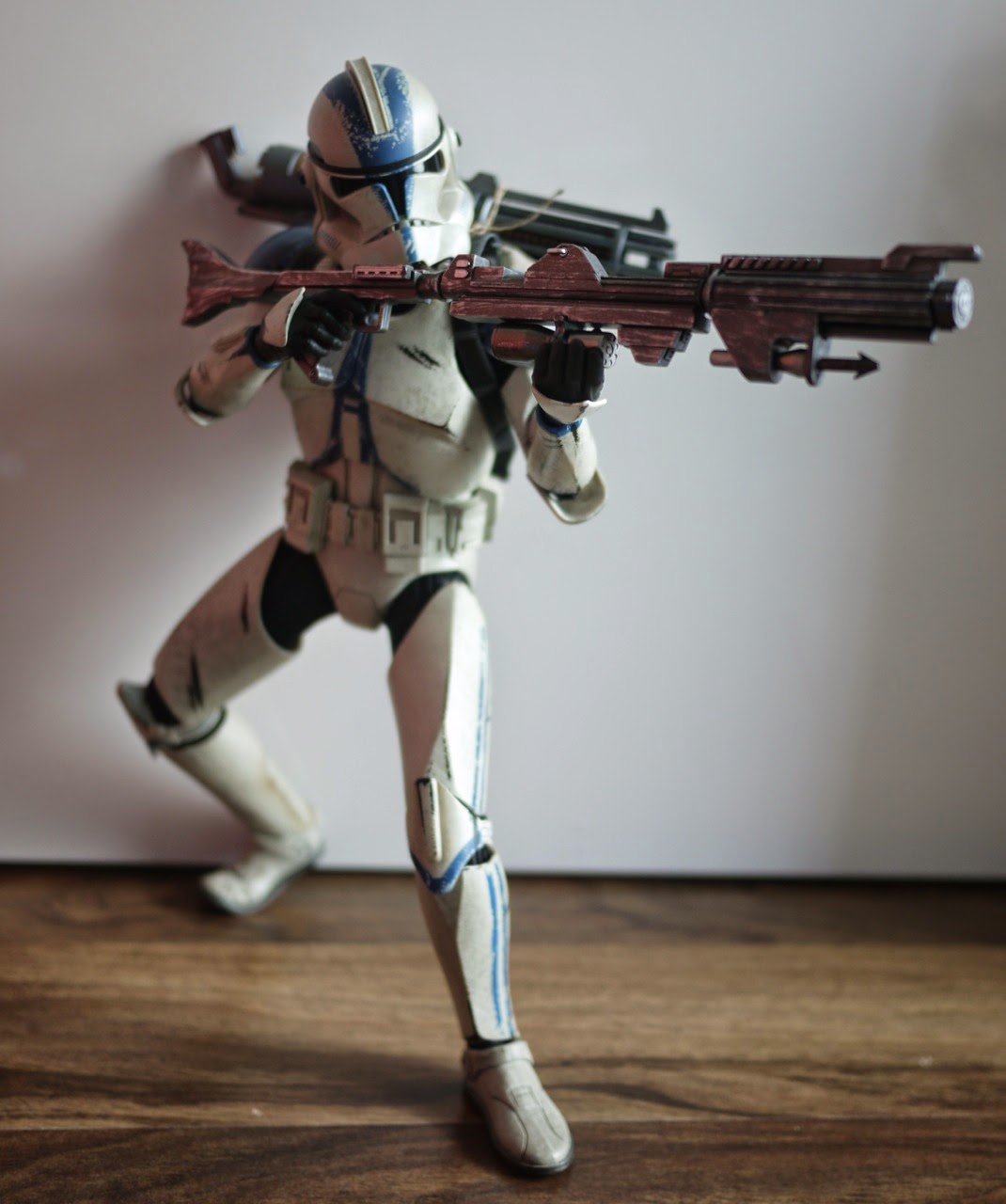 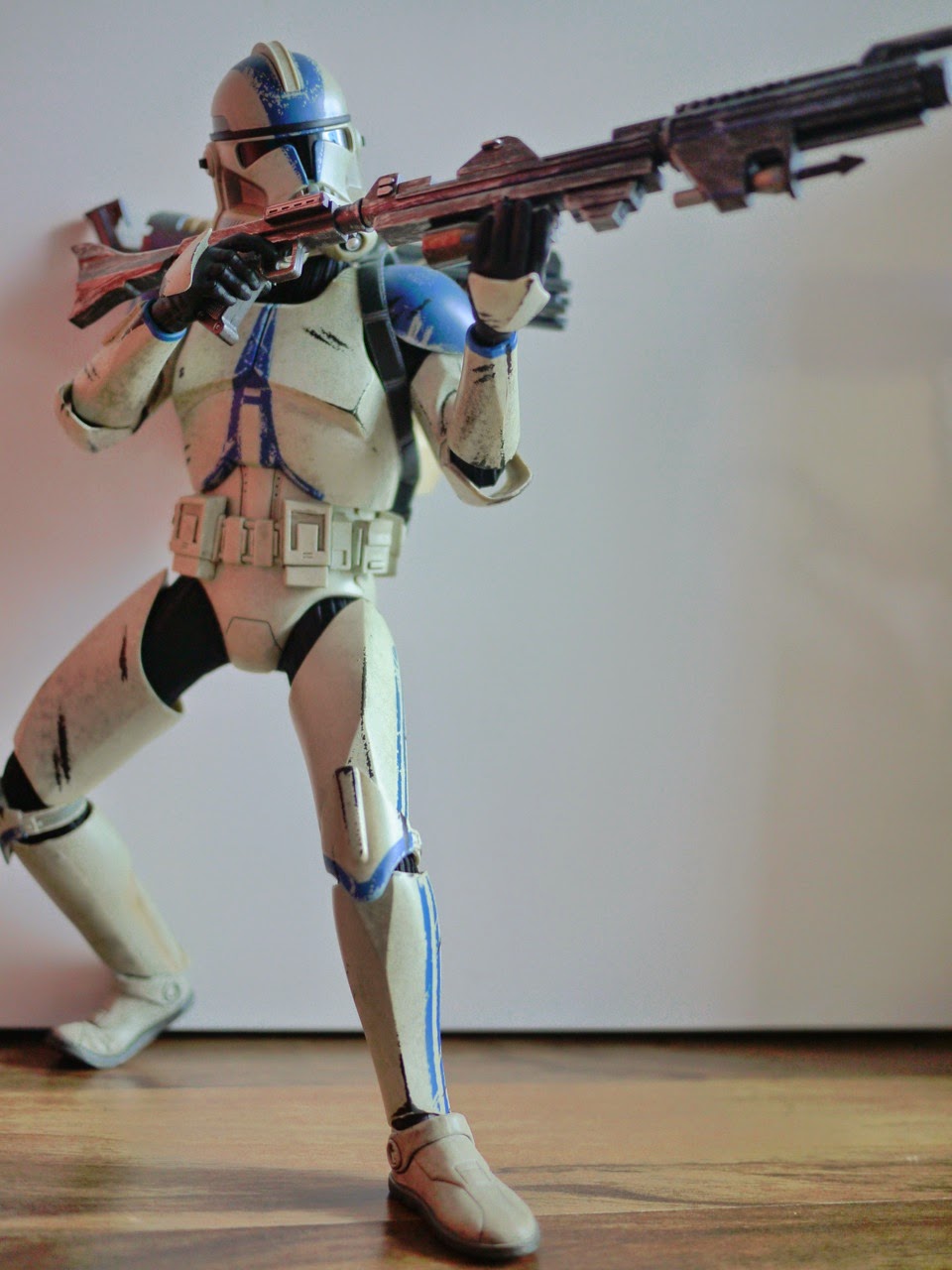 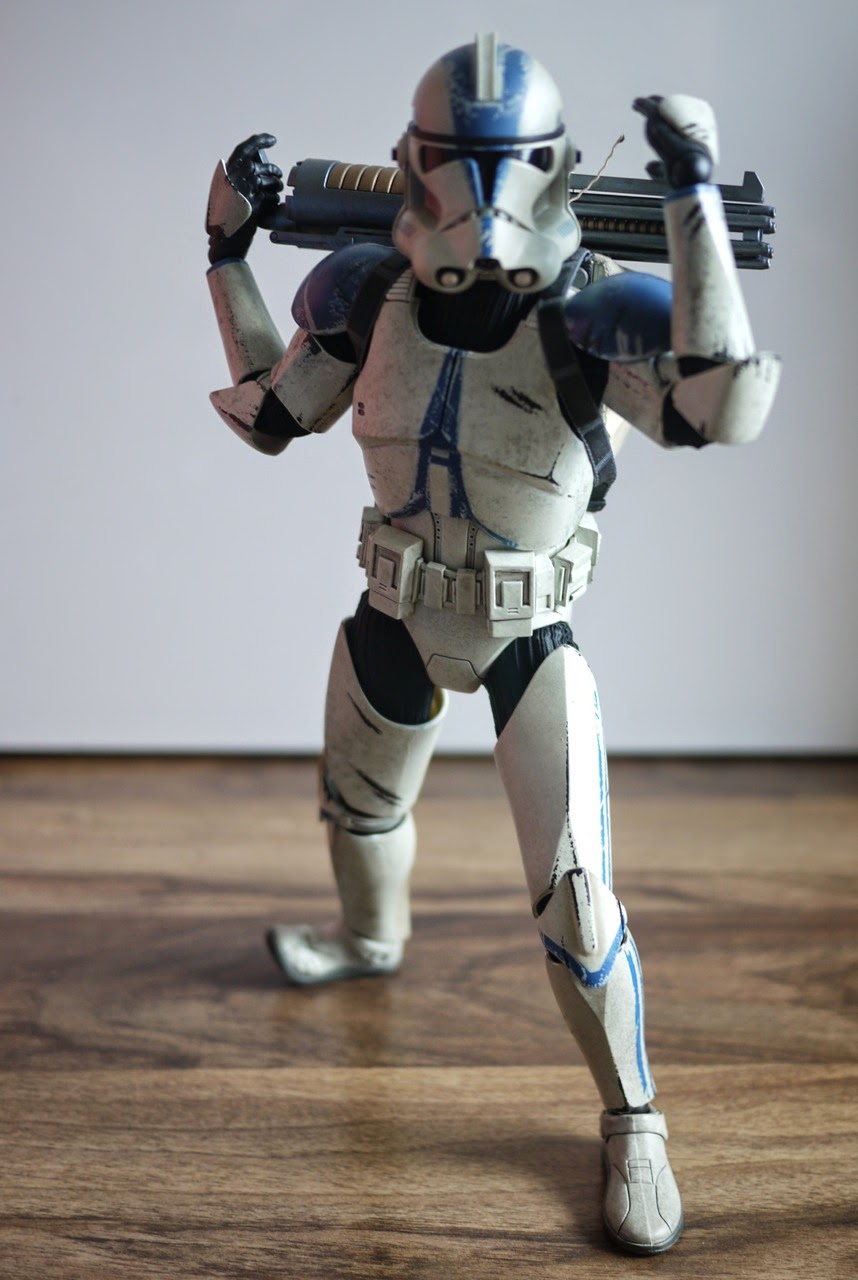 Then there is the Z-6 Rotary Blaster Cannon which was more widely featured in the animated series, Clone Wars. 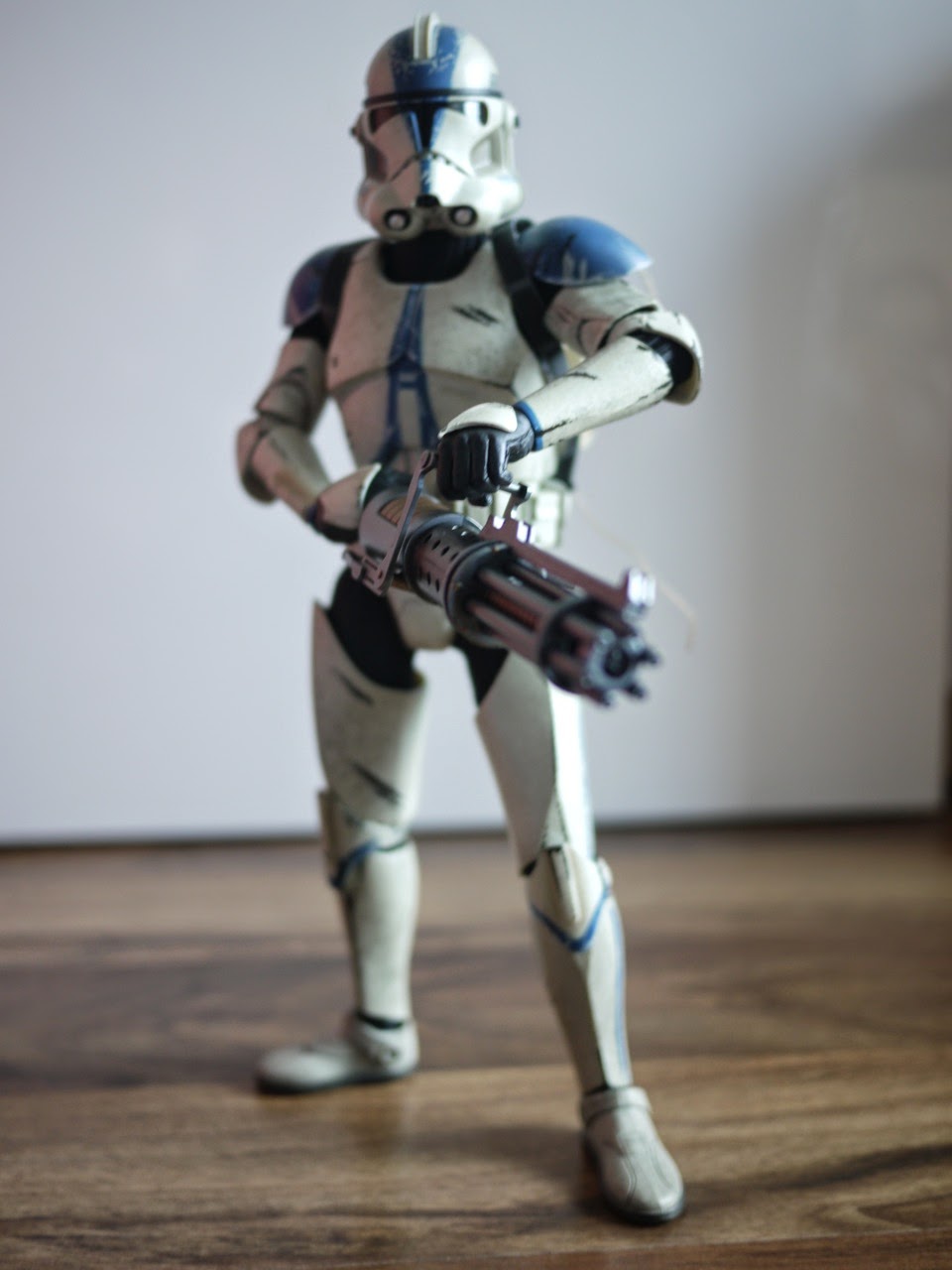 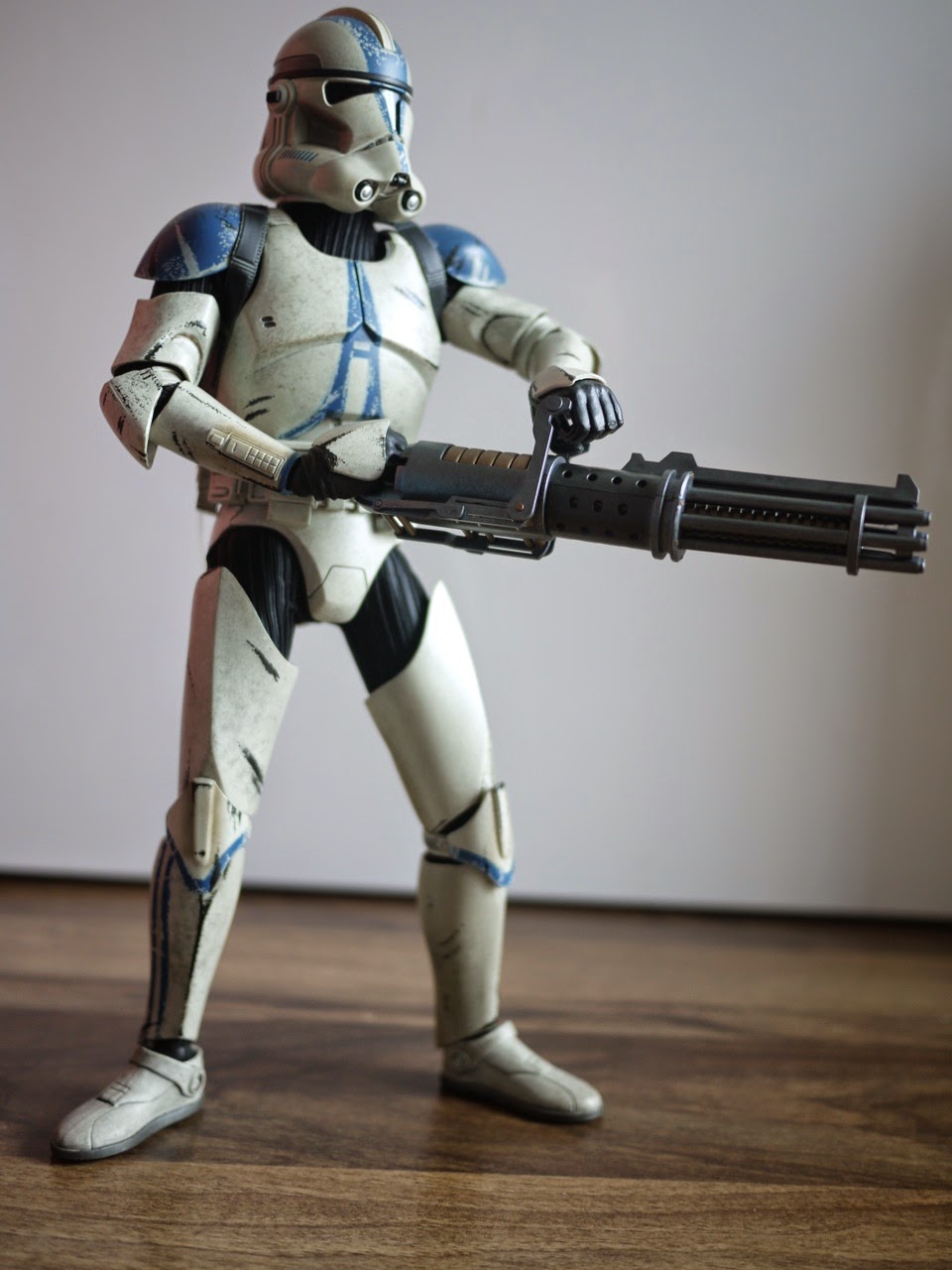 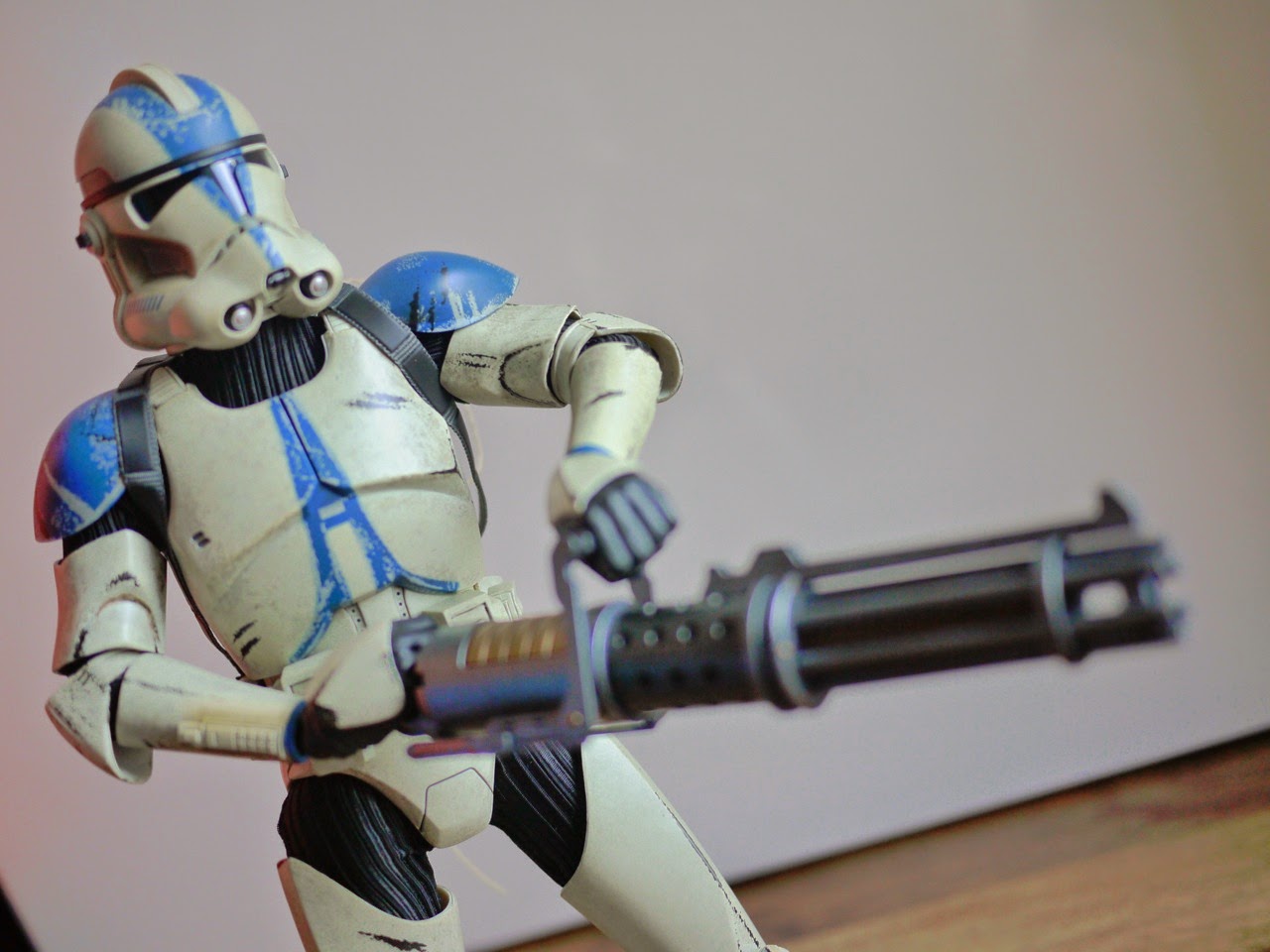 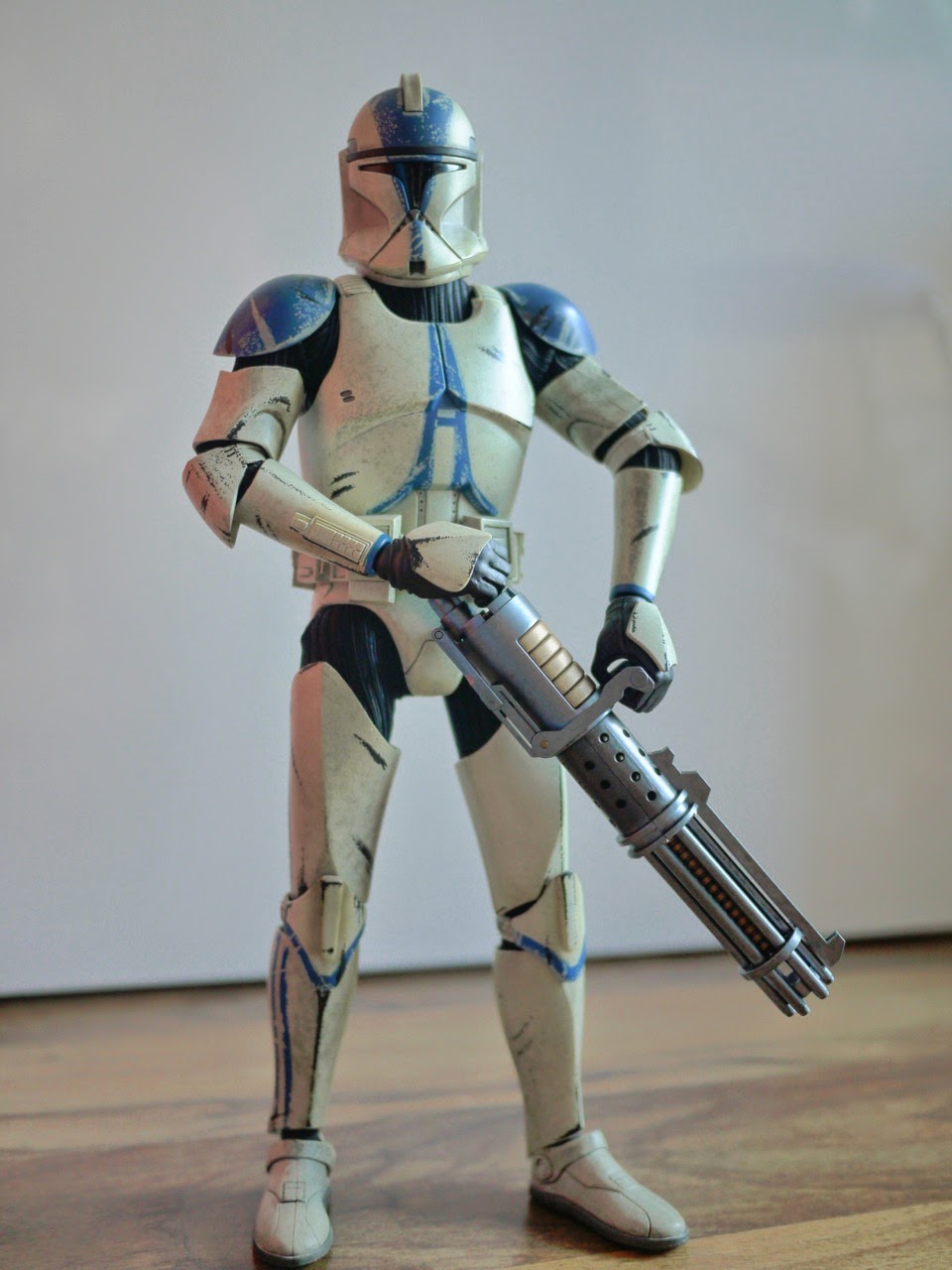 In summary, I like this very much and I specifically chose this set amongst all those that are being released. I probably will get the 104th release because Wolf Pack looks good. 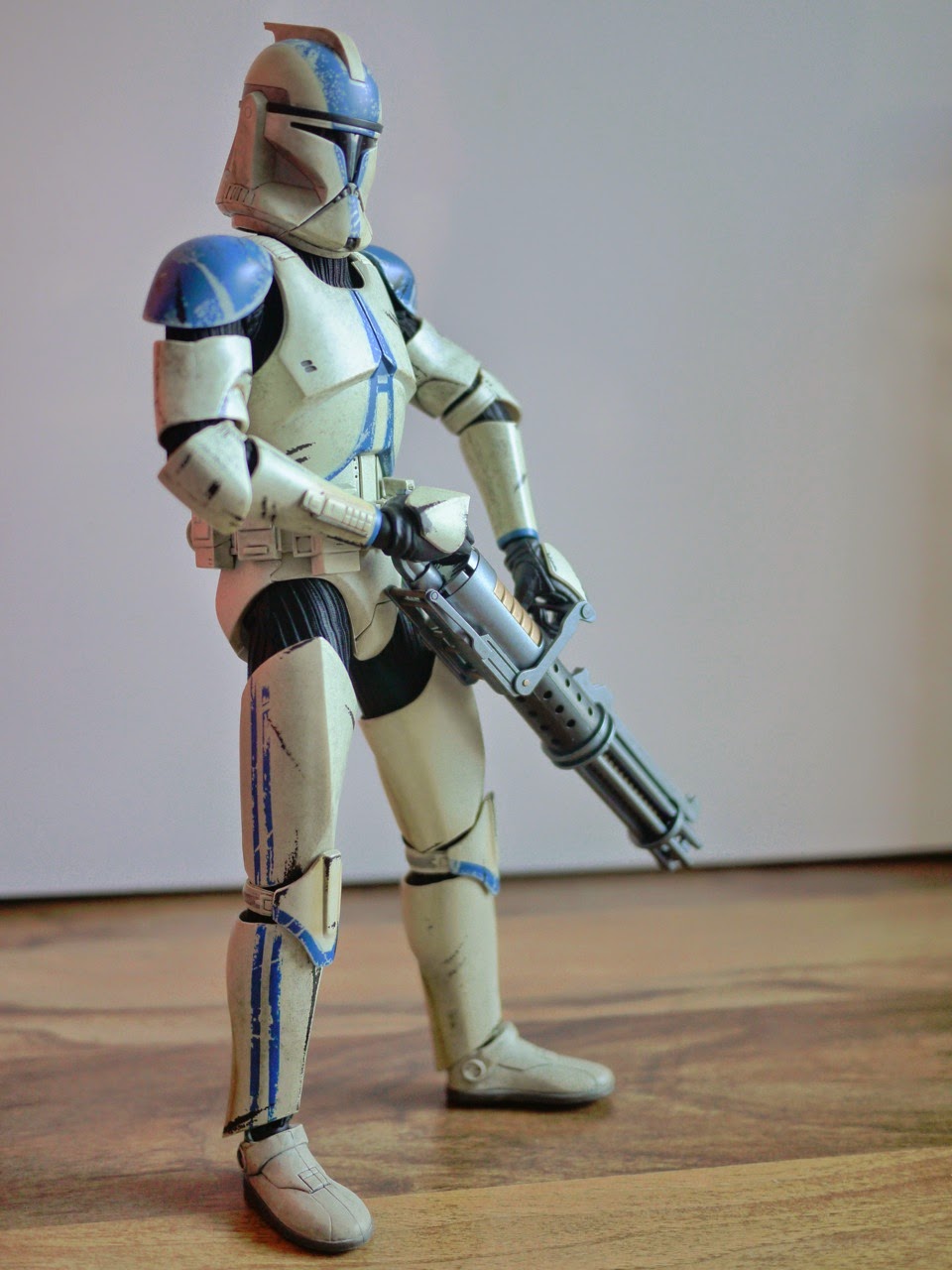 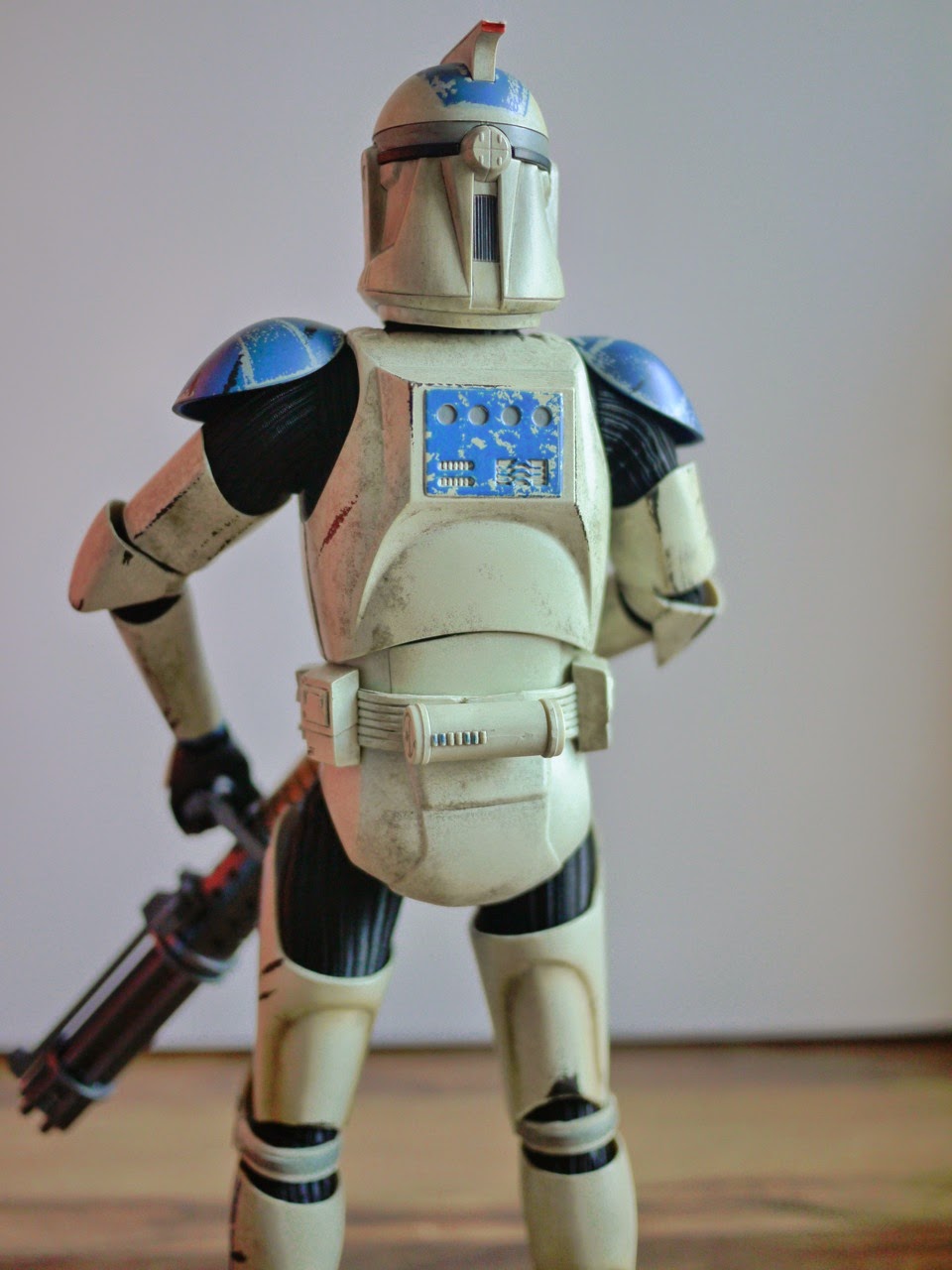 I attempted to stripped him down out of frustration with the poor body quality but realized the chest armor and groin guard isn't simply snapped on. I've placed Jason's head on and he's definitely not a clone. 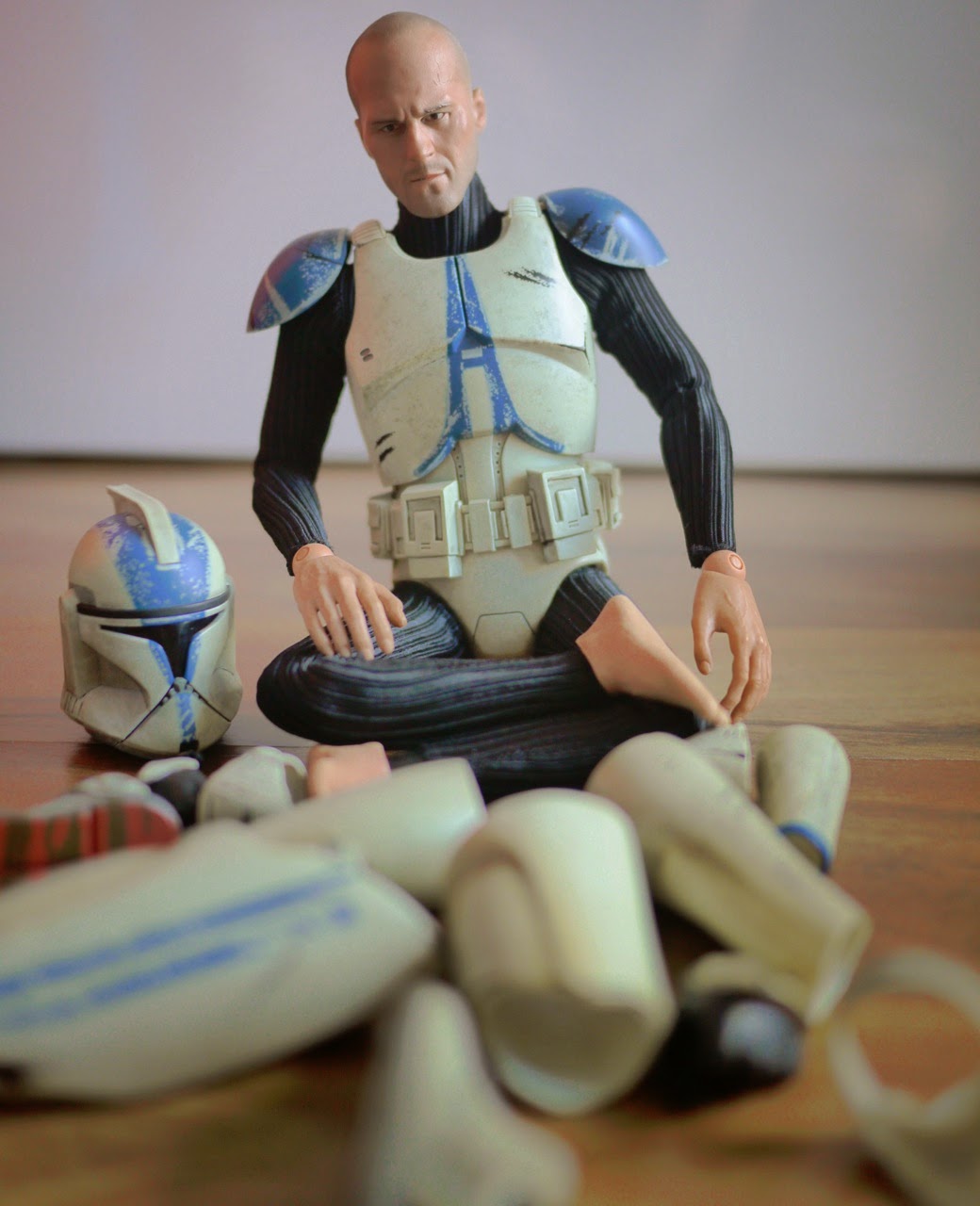 Jason here looks like he's dressed in a running suit going for the Standard Chartered Run. 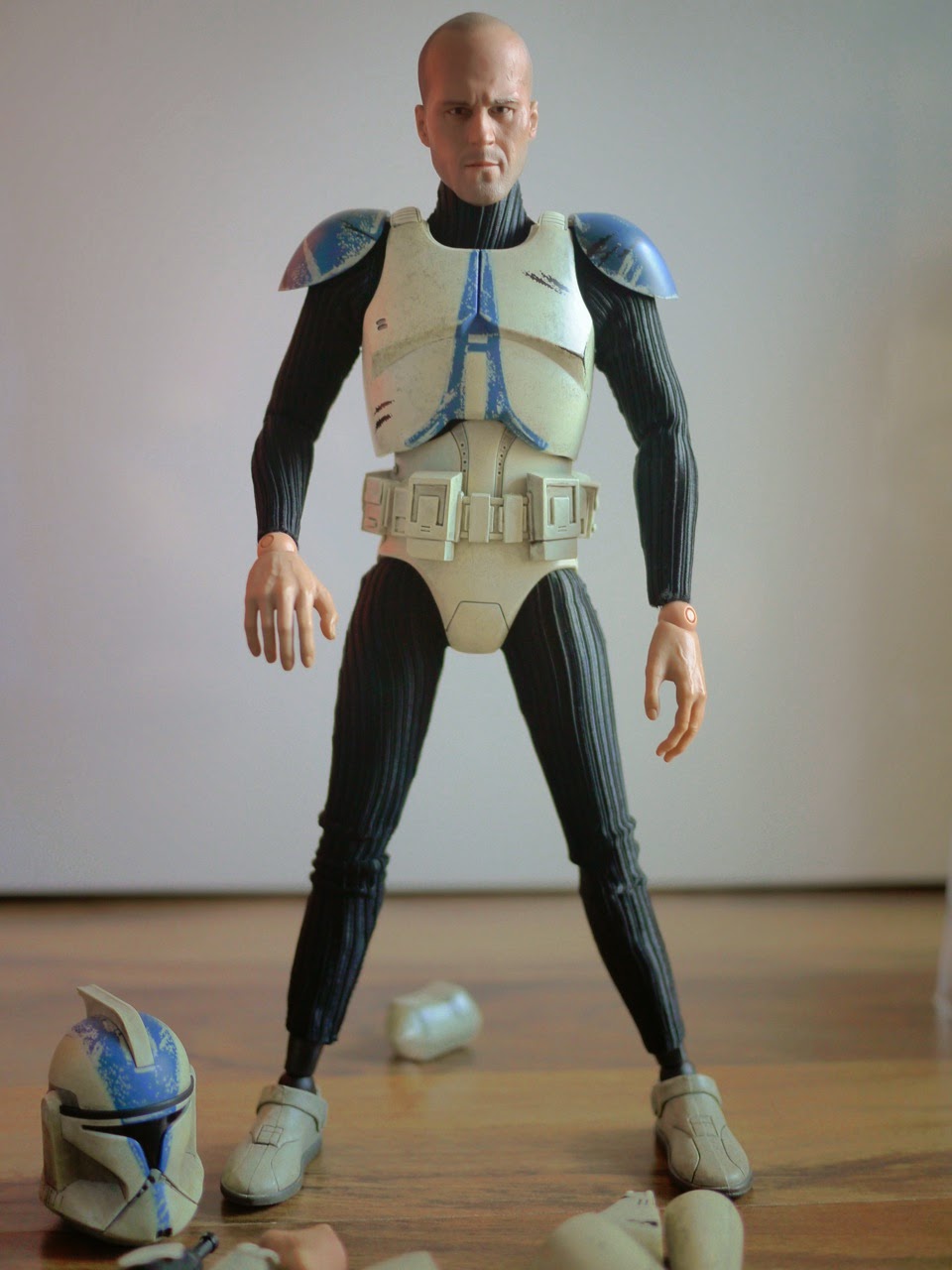 Marathon anyone?
Posted by Jonloh at 11:20 PM

Recently, Sideshow releases lots of troopers with add on weapons and accessories..This is the right time to buy if you missed the previous release :)

Yup! Perfect for me. From comparison pictures, the recent release of troopers looks leaner. However, the ankle connectors need improvement. Ball joint will be more ideal.