become Masterpiece. Well, at least that is what Grimlock would have said.

Ok, this is my last Masterpiece which contains battery and thus, this blog entry. This is the latest of the Masterpiece series other than MP1B (Convoy Black version aka Nemesis Prime). 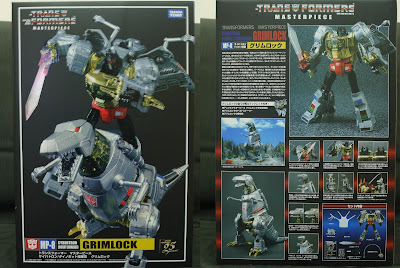 The standard packing outside and inside is what you find in all Masterpiece. Plenty of gimmicks but most of them are utterly useless. 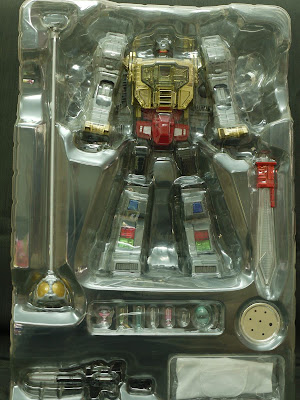 Here it is out of the box but still in the tray. There are couple of stuff which I wouldn't even bother to take them out of the packaging such as the apron, serving tray with glasses, bow tie and the brain wave transmitter. 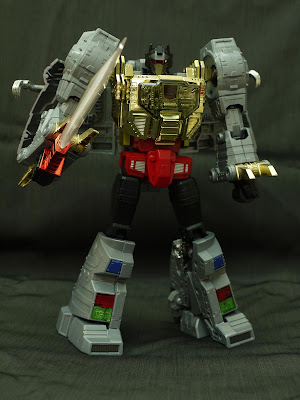 The reason is simple, Grimlock is supposedly brave and fearless as I remembered although the accessories provided were featured in the G1 animation.

This is a close up and comparison shots to show the internal of the chest area. The autobot insignia actually disappear in Dinosaur mode. 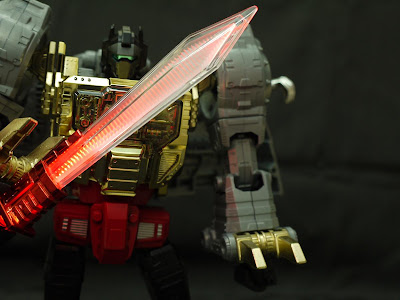 The saber lights up with a press of a button and personally I feel that I can do without it. 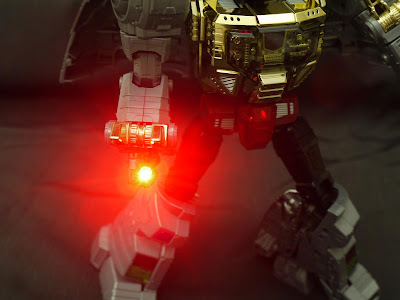 The LED light is in the clenched right fist and that made the fingers fixed and couldn't be opened. 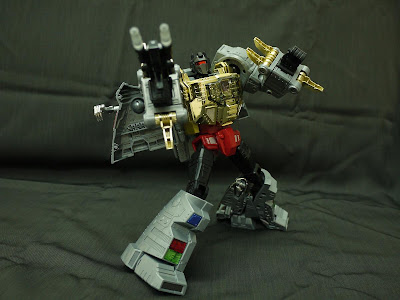 The other weapon Grimlock has is the twin blaster and this figure does comes with decent articulation which enable poses as such. 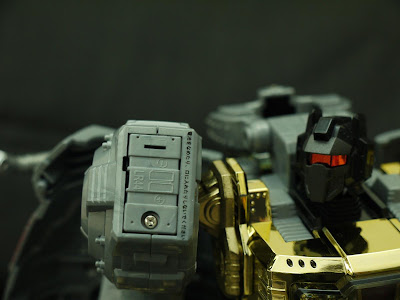 What's not cool about the figure is the battery compartment is not concealed at all! "Me Grimlock, don't understand Japanese!" 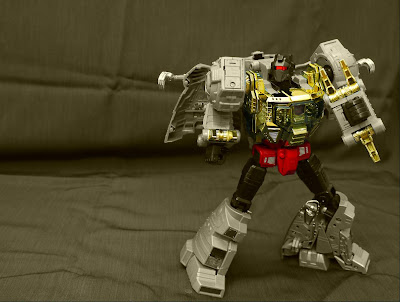 This picture actually looks pretty good if you don't enlarge it because I used MS Paint. I really need to explore Photoshop. 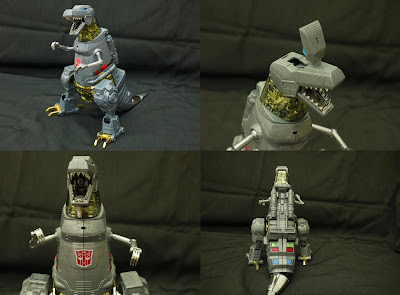 Dino mode is as authentic as it was in the animation. In a nutshell, this is a well-made toy and transformation is a breeze. However, it shares the same fate as all other Masterpieces after Prime and Magnus; it's as plastic as a credit card.
Posted by Jonloh at 10:41 PM