by Bandai is suggesting that these 6" action figures are more than just action. It is the company's vision of incorporating "ART" under the theme of pursuing character expression through humanoid action (See second photo). 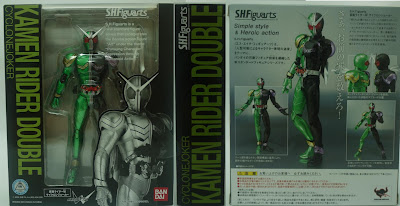 In a nutshell, it is a quality product that is both form and function giving collectors the best of both worlds in terms of realism and articulations. This line does come with a rather expensive price tag. $40 for an action figure is not exactly cheap by any standards. 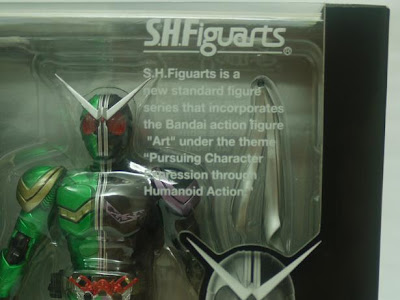 The S.H.Figuarts has been around for at least a year or two but this is my first purchase. Incidentally, this figure; Kamen Rider Double (aka Masked Rider W) is the latest series under the long lineage of Kamen Riders since the 70s. The story to this can be found here and I shall not dwell on the storyline. 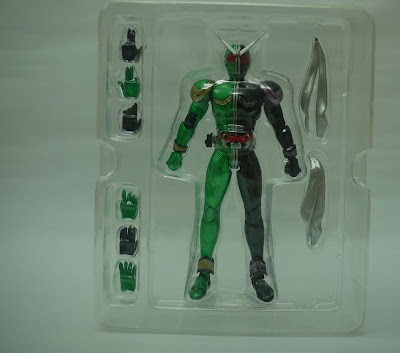 The packaging is rather similar for all action figures under this line and accessories are kept to the bare essentials. However, enough for any collectors who simply wants to display their collections. 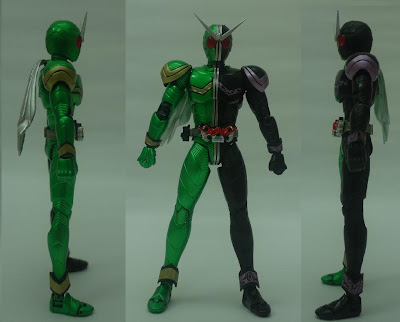 This particular Kamen Rider is made up of 2 individuals who will merged into one entity after transformation. Much like a cabaret show I had seen in Phuket years ago; do not want to go into details about this here; but you get the idea. However, this line does not allow you to split the two to do various combinations. Bandai has this feature in another line targeted at children. 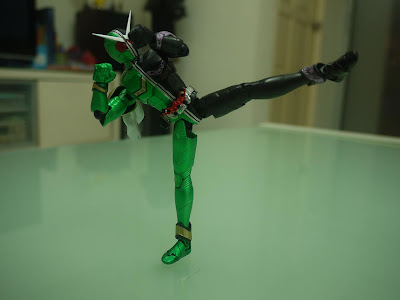 In the brief photo shoot moments I had with the figure, I think there are some die cast parts in particularly the feet. That gives the figure good footing and a balanced kick pose is not an issue. 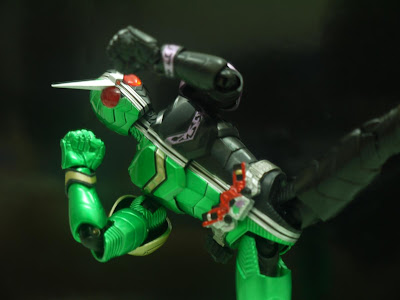 The articulation on this figure is simply fantastic and I have lost count of the numbers of articulation. It basically can do most poses a human can do and is what Bandai has set to achieve with this line. 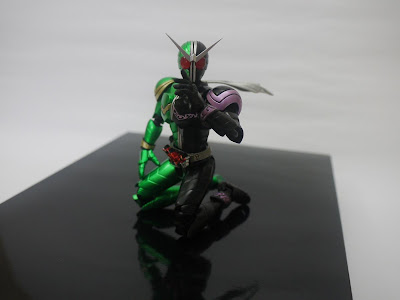 The articulation of an action figure is important to collectors as we do not want just an anime or character accurate figure. We want an ACTION FIGURE that can pose the exact pose as seen in the show. 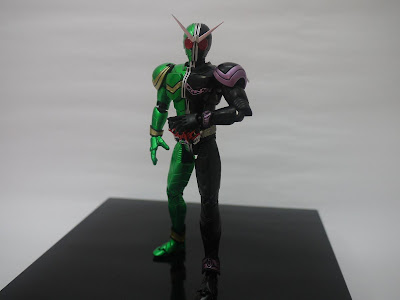 The fun factor on this is the number of hands provided to try out various poses and 'actions'. The articulation of the neck joint plays an important part to allow it to turn its head to achieve 'eye contact' adding on to its realism. 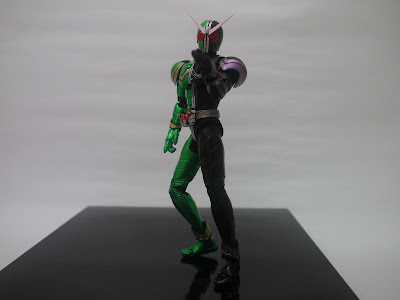 The joints are rather tight at certain parts like the toes and this is actually good as it stays in the right position. 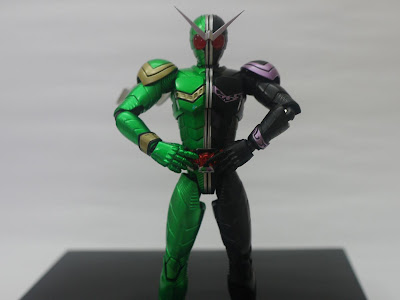 Articulation at the shoulder needs another mention here as it allows the figure to lower or raise the shoulders rather than just a regular ball and socket joint. 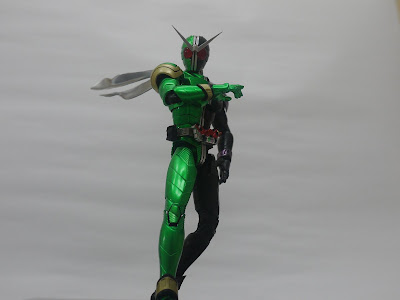 In closing, I think I'm quite hooked on to this line and all thanks to my son who started me on watching Kamen Riders. 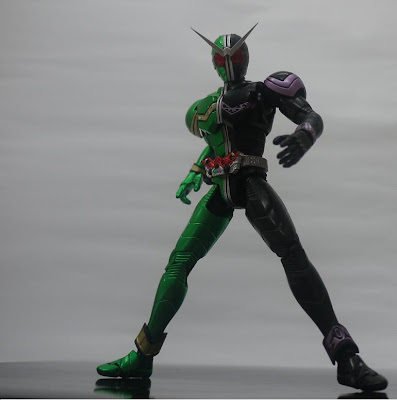 Welcome to the dark side, haha! I guess all these collectable toys will be passed down to your son someday :p